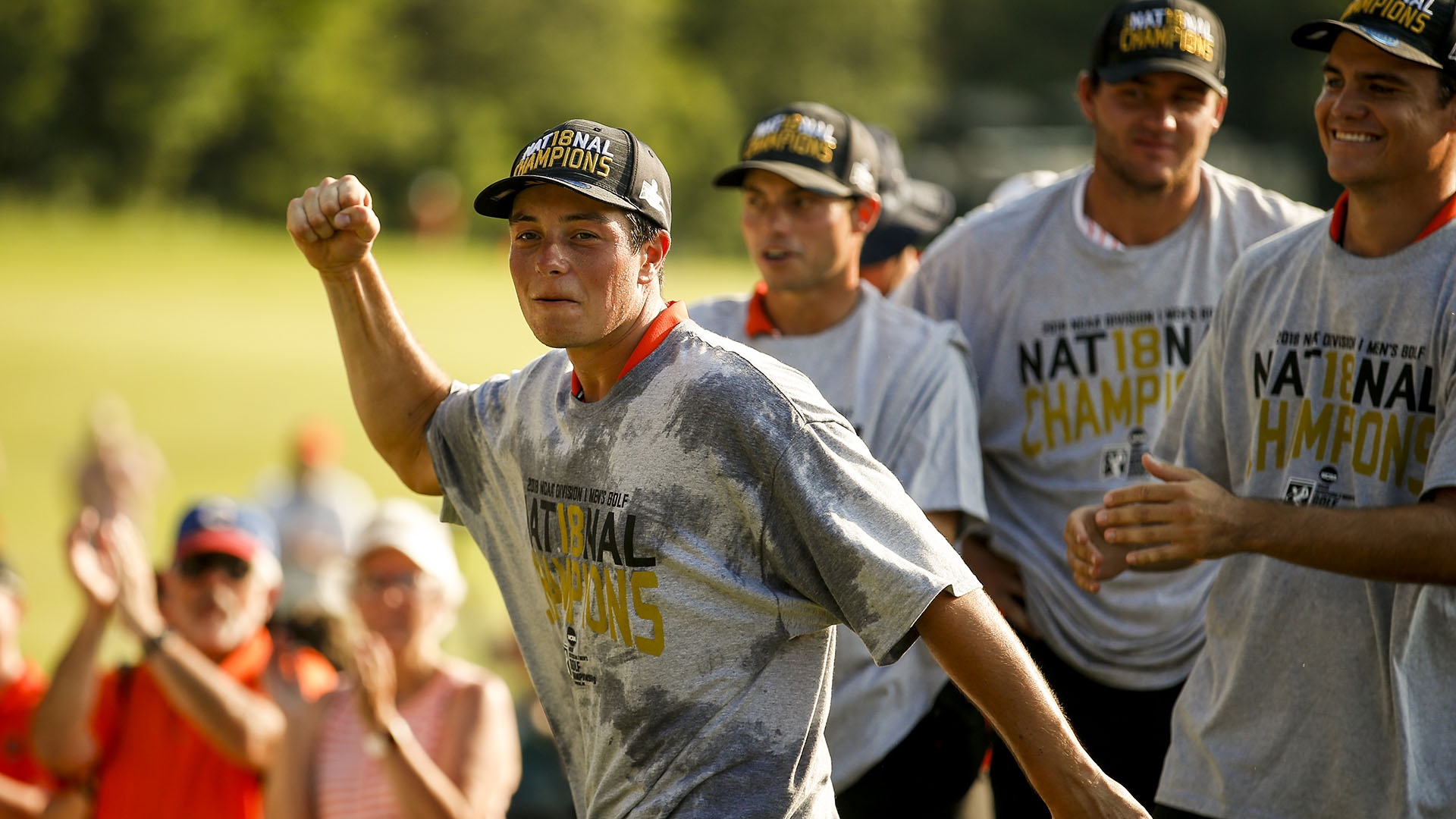 The spring season in college golf is finally here, and GolfChannel.com has you covered with everything you need to know.

Golf Channel's Brentley Romine previews each of the Power 5 conferences in men's and women's golf, offering his mid-season All-Conference teams, team-by-team rankings and his picks to win.

Here's a one-stop shop for every preview:

Georgia Tech is the favorite to repeat as ACC champion and win its fourth title in six seasons. Full preview.

Illinois has won four straight Big Ten titles, but a fifth in a row is no guarantee as there are as many as six or seven teams who could win a conference title this spring. Full preview.

It was a bit surprising a year ago when Oklahoma State didn’t win the Big 12 title, yet the Cowboys, who haven’t hoisted a conference title since 2011, are still favorites heading into this spring’s championship. Full preview.

After a slow start to the fall, USC came alive to close with two wins. Senior Justin Suh is a force and watch out for freshman Charlie Reiter, the long-hitter who was T-6 in his first college event at Olympia Fields. Full preview.

While Alabama finished the fall as the SEC’s top-ranked team, the Crimson Tide suffered a huge blow when senior Davis Riley announced he was turning pro this winter. The Tide, national runners-up last spring, still boast plenty of talent, though, including sophomores Wilson Furr and Davis Shore. Full preview.

This has been a fun conference to watch during championship season. Three times in the past five years, the Big Ten has needed a tiebreaker to decide its automatic qualifier. With several teams ranked within 15 spots of each other, this spring’s Big Ten Championship could again be hotly contested. Full preview.

Texas will be trying to three-peat this spring, and the chances of that happening are good. Full preview.

A year after USC had to scramble to replace two of its best players who were turning pro midseason, the Trojans enter the spring at full strength. Full preview.

At the beginning of the fall, Alabama was the clear favorite to win the SEC. However, the departures of Kristen Gillman and Lauren Stephenson to the LPGA will sting heavily. Full preview.