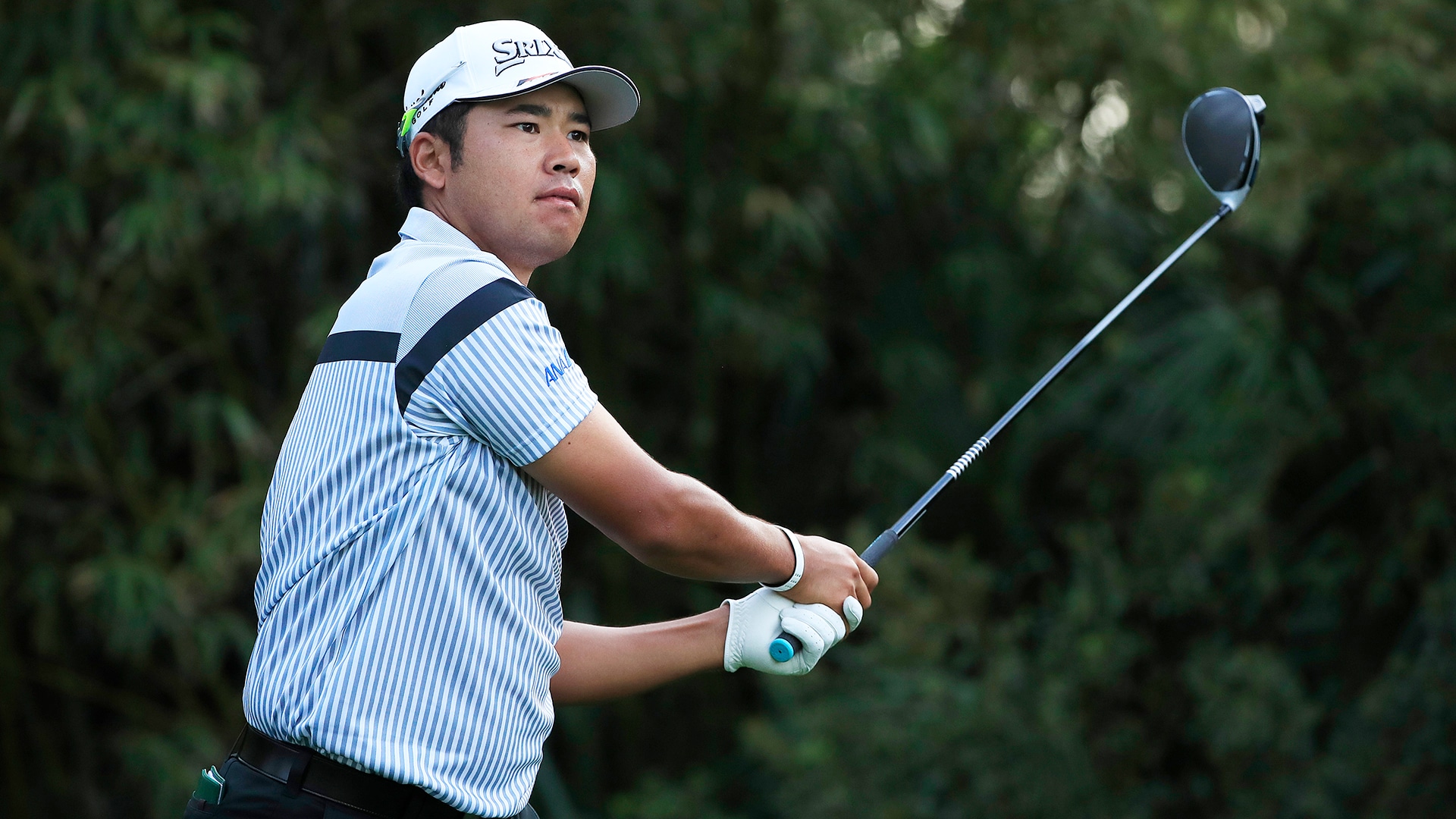 UPDATE: The PGA Tour has canceled the remainder of the Players Championship, as well as the following three events. For more information, click here.

PONTE VEDRA BEACH, Fla. – Fans scattered around the ninth green saw Hideki Matsuyama finish with a 25-foot eagle putt to tie the course record and take the lead at The Players Championship.

Spectators filled the theater around the dynamic 16th and 17th holes at the TPC Sawgrass to see Rory McIlroy and Brooks Koepka salvage rough starts.

After Thursday, that's all they'll see - for the rest of the week at The Players, for at least the next month on the PGA Tour.

"At least they got to enjoy themselves for one day," McIlroy said. "Now it's going to look a little different." 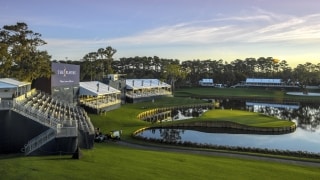 Sound of silence: Players in an empty Stadium

There was nothing normal about Thursday at The Players. And with no fans allowed for at least the next three weeks, the abnormal will temporarily become the new normal.

Even with the best in the world competing for the richest purse in golf, The Players Championship felt like an afterthought amid rapid developments with the new coronavirus that led sports around the world to stop playing.

Golf goes on - but without fans.

The PGA Tour said it was banning spectators at all tournaments for at least the next month. The policy starts Friday, the first time one of the most entertaining arenas in golf will be virtually empty.

Fans won't be around to bet with each other on who hits the island green on the par-3 17th. Players won't be able to sense whether shots funnel toward the hole with no noise from the gallery to tell them. No cheers. No jeers. 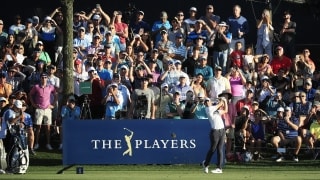 How a surreal day played out at Sawgrass

There has never been a day in PGA Tour history like Thursday at TPC Sawgrass. With fans prohibited the remainder of the week, that will continue to be the case.

"That's what makes this golf course so fun, so exciting, is all the fans cheering and booing when you hit a bad shot," Koepka said after birdies on three of his last four holes for a 70. "That's what you want. You want that excitement, that aura around you. And tomorrow we're not going to have that. It will be a bit weird."

The crowd was thinner than usual, even by Thursday morning standards. Players were alerted late Wednesday to prepare to play, even as the NBA announced it was suspending its season and other sports leagues followed.

Before long, the Tour decided to keep fans away.

That wasn't enough for C.T. Pan of Taiwan, who withdrew before his afternoon tee time because he wanted to reduce the risk of exposure to the virus. Pan said on Twitter: "Our lifestyle is like a circus, traveling from one place to another. We believe this is a time to exercise caution by not playing this week." 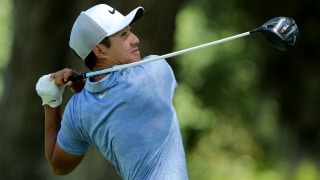 Matsuyama opened with four straight birdies and closed with a 3-wood into 25 feet for eagle and a 9-under 63, the ninth player to share the record at Sawgrass.

He had a two-shot lead over Harris English, former winner Si Woo Kim and Christiian Bezuidenhout of South Africa. For much of the day, they were just names and numbers on the scoreboard.

Graeme McDowell described a somber mood in the locker room and on the range as he tried to get warmed up.

"We just don't really know how to react and didn't really know what to expect," McDowell said after a 68, his best score in his last 20 rounds at Sawgrass. "At one point, I was nearly expecting the horns to go off out there for us all to be taken off the golf course."

Jordan Spieth, who shot 75 as his struggles showed few signs of improving, wasn't aware of the decision when he teed off. He first caught wind during an exchange with a fan that made him pause.

"Guys were saying, 'We're going to miss you guys this weekend' during the middle of the round," Spieth said. "We thought that was kind of rude, meaning we're not going to be here this weekend. Then I realized when I was told that they said there's no spectators the rest of the week."

Fans who made it into the tournament Thursday were told no autographs were allowed. They weren't asked to leave when the Tour decided to ban spectators, and people were still coming into the course in the afternoon.

Commissioner Jay Monahan said the Tour received information that the virus was not yet a major threat in the area - his two daughters were in school, theaters and businesses remained open - but acknowledged the situation was fluid. 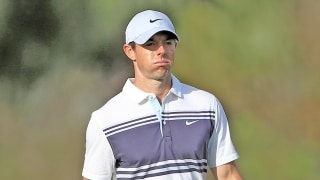 Why not just shut down golf entirely?

He said golf was different because it was an outdoors event over a sprawling piece of property and noted that golf was a non-contact sport.

"We feel that this is a safe environment in which to continue to move forward ... with limited personnel on site, and we're comfortable that this is the right path forward," Monahan said. "But that is something that we'll continue to consider as we go forward."

McIlroy, who's had hand sanitizer attached to his bag for the last two weeks, approved of the decision. However, he said it would only take one player or caddie to be tested positive for the virus and he felt the tour would have to shut down.

"I think for us to keep playing on Tour, we all - the Tour players and people that are involved - need to get tested," he said.

As for the golf? Fans saw plenty of birdies, eagles and only three balls in the water on the 17th.

Patrick Cantlay returned from three weeks off to have surgery for a deviated septum with a 67. In relatively benign conditions, three dozen players broke 70. The biggest issue was tee shots that picked up mud on the soft fairways.

Justin Thomas had a 71 and was asked to give a few comments about his round.

"I feel like I don't real really need to say that," Thomas said. "Everyone else wants to talk about other stuff, so it doesn't really matter. I shot 1 under. It's not that great."