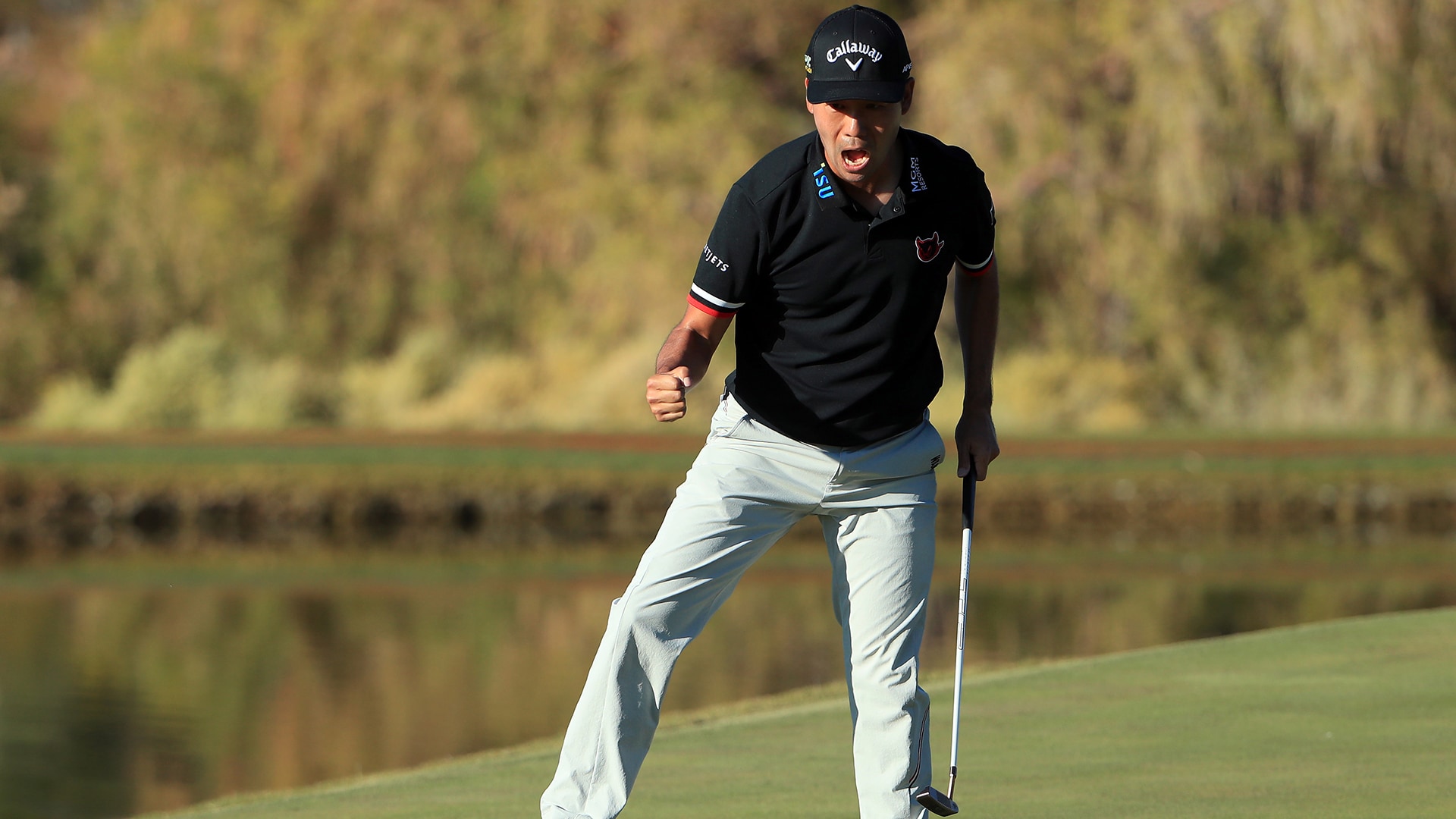 In this week’s edition of Cut Line, Kevin Na proves there’s a place for power and precision on the PGA Tour, while this week’s field at the Houston Open proves that change isn’t always a good thing.

The distance debate: There are plenty of conversations worth having about how far the modern golf professional hits the ball, but last week’s Shriners Hospitals for Children Open put that debate in context.

Kevin Na won for the second time this year with his victory in Las Vegas thanks in large part to a historic putting performance. Na made 558 feet of putts, the most ever in a 72-hole Tour event, on his way to victory where he ranked a modest 32nd in the field in driving distance.

It was a similar story when Na won earlier this year at the Charles Schwab Challenge, where he finished second in putts-made distance and 55th in driving distance.

Although it’s much more common for the modern player to over-power a course it’s worth pointing out that three of the top four putting performances, led by Na’s 558 feet of putts made last week, have come in the last two years.

Distance will always be a crucial element of the game but it’s not the only element.

“Beyond belief,” was how co-host Brad Faxon explained Tuesday’s event. Justin Leonard, who along with PGA of American CEO Seth Waugh helped organize the event, added that he was “absolutely shocked” by the outcome. Charity has always been a part of golf but the Bahamas Strong Pro-Am was particularly inspiring.

The body issue: Bryson DeChambeau tied for fourth last week at TPC Summerlin and set out for an offseason that he promised will be transformative.

“Bigger. Way stronger. Not necessarily bigger, but just stronger in general,” he said. “I am going to look probably a lot bigger, but it's going to be a fun month and a half off. I have never been able to do this, and I'm going to go do things that are going to be a lot of fun.”

Predictably the circuit’s “Mad Scientist” plans to leave no stone or theory unturned in his quest to assure his “neurological threshold is just as high as the mechanical threshold.”

Phil Mickelson went through a similar transformation heading into the new season, and if anyone can pull it off it is DeChambeau, but maybe he should embrace more modest gains. There are few players in the history of the game who have successfully emerged from a full-body transformation. 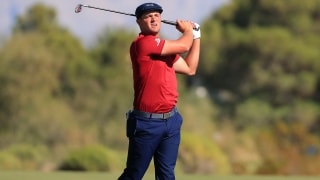 Defending champion Bryson DeChambeau couldn’t get it done at the Shriners Open in Las Vegas, but the next time you see him, you might not recognize his figure.

Moving on: When he returned from a three-month suspension following a failed drug test in July, Robert Garrigus was predictably clear and cutting.

“I wasn't trying to degrade the PGA Tour in any way, my fellow professionals in any way. I don't cheat the game," Garrigus said. "I understand HGH [Human Growth Hormone], anything you are trying to do to cheat the game you should be suspended for 100 percent. Everything else should be a discussion.”

Specifically, Garrigus said his marijuana use should not be placed in the same category as other performance-enhancing agents. The 41-year-old was prescribed marijuana to treat knee and back pain.

Garrigus has struggled since returning from the suspension, missing four of six cuts on Tour, but appears to have turned a corner in Houston where he was one stroke off the lead midway through his second round.

Garrigus never wanted to be the unofficial spokesman for marijuana use on Tour but he’s embraced the role. As his play this week has proven, however, his role as a contender is much more comfortable.

New spot for Houston: While the fall portion of the new Tour schedule has included some pleasant surprises, like last week’s tee sheet in Las Vegas, this week’s stop in Houston is best described as underwhelming.

This week’s strength of field (73) is the lowest for a non-opposite-field Tour event in nearly five years according to the world ranking. By comparison, this week’s Italian Open on the European Tour has a strength of field of 248 that includes Houston Open defending champion Ian Poulter.

Houston’s star power took a step back this year as the event transitions from its normal pre-Masters date to the fall, and Houston Open tournament director Colby Callaway specifically voiced concern with the tournament’s location just before the lucrative Asian swing.

“I’m learning that in the fall, players are interested in chasing the big money internationally and playing overseas,” Callaway told Golf.com earlier this week. “That’s not up to me to figure that out, but up to the Tour to help out because there are tournaments here who are saying, ‘What about us?’ Hopefully we can force the Tour’s hand to move us.”

Fortunately, the event will move next year to home a new home next in Memorial Park, which should provide a boost to both the field and tournament attendance. 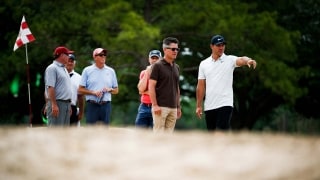 Future is bright for Houston Open with Memorial Park move

In recent years, the Houston Open has been thrown one curveball after another – natural disasters, loss of a title sponsor, a costly date change. But the longtime PGA Tour stop seems on the verge of hitting a home run. 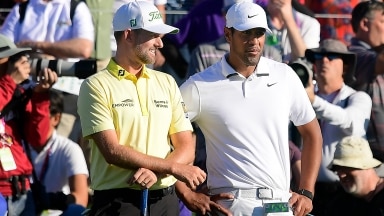 A misplaced pace-of-play violation, a misguided decision by Phil Mickelson and mixed reviews of the Distance Insight Project. 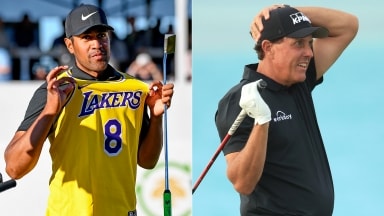 The "greatest show on grass" deserves some celebration, but there is a rift forming between top players and golf's two largest tours.