Future is bright for Houston Open with Memorial Park move 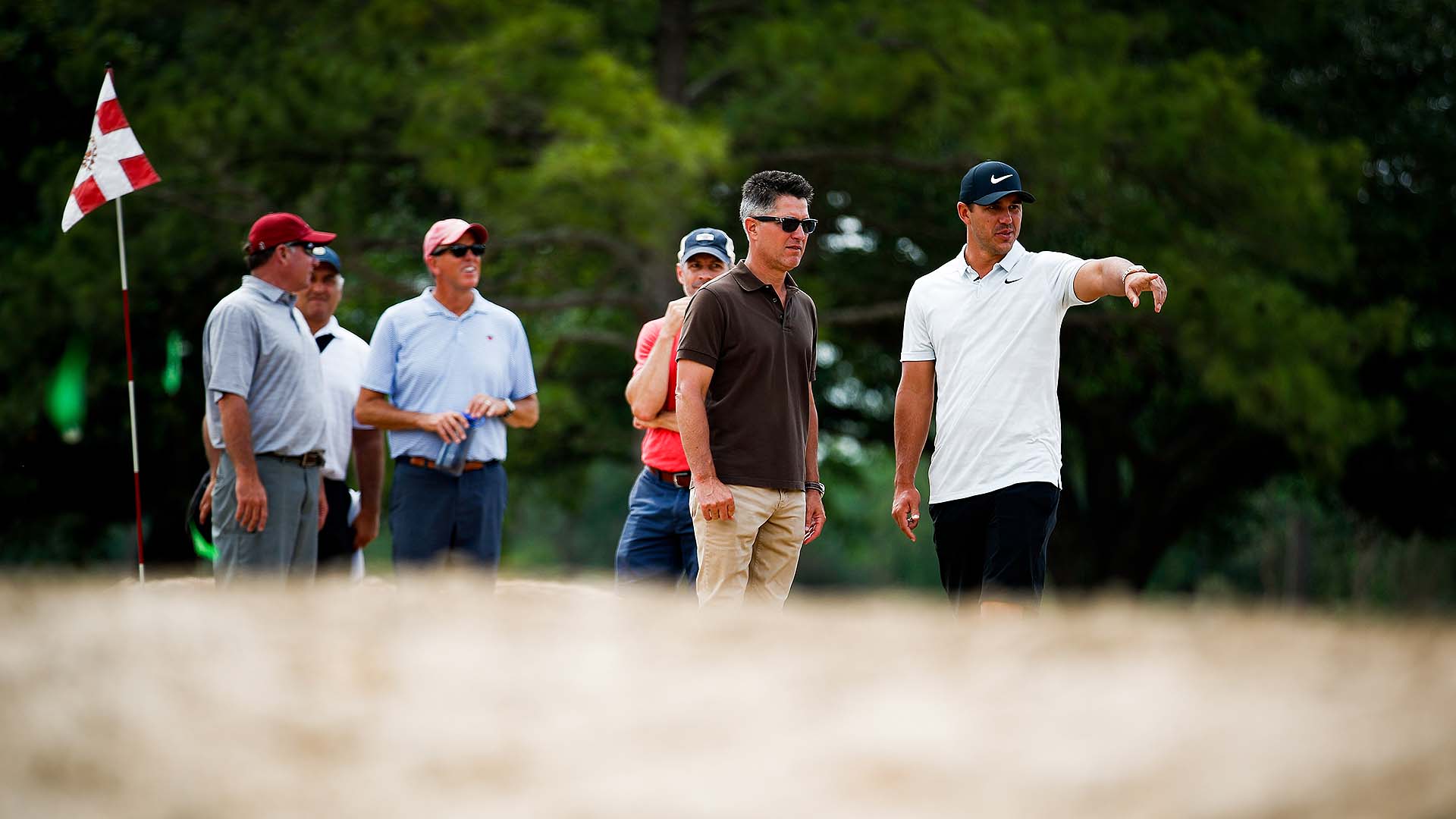 HUMBLE, Texas – In recent years, the Houston Open has been thrown one curveball after another – natural disasters, loss of a title sponsor, a costly date change.

But the longtime PGA Tour stop seems on the verge of hitting a home run.

Perhaps it’s fitting that the tournament, a regular in the Tour rota since 1946, is now being run by the Astros Golf Foundation, which is investing about $30 million into a new home for the event.

Memorial Park, a municipal course located in the western shadows of downtown Houston, is expected to host the Houston Open beginning next fall, replacing the Golf Club of Houston, which will host the event for the last time this week, and generating excitement for a tournament currently in a transition period.

“It’s a win-win-win-win,” said Jim Crane, owner of the Houston Astros, during a January city council meeting in which voters unanimously approved the project.

The $13.5 million first phase includes a course redesign by renowned architect Tom Doak, new maintenance and practice facilities, the latter with a two-level, 84-bay driving range, and a First Tee complex with four-hole course. The second phase will be a complete clubhouse rebuild that figures to cost about $17 million.

The course, founded in 1912, is set to reopen to the public on Nov. 4 and should continue to offer affordable tee times. (Before the redesign, golfers could play for under $40 on weekends.)

Now, the new-look layout, which annually saw 60,000 rounds a year, will challenge the world’s best while still being friendly to the average player.

What Doak did with this previously flat, flood-prone land was remarkable. He effectively added elevation and improved drainage into the Buffalo Bayou, which runs through the park. (How effective? Tropical Storm Imelda dropped nine inches on Memorial Park last month; the next day, the greens and fairways were being mowed.)

He cleared out trees. He lengthened holes. He shortened holes. He widened fairways. He completely changed the second hole, bringing it over a ravine.

“This course is going to make the Tour players really think about how they approach every hole,” said Butch Harmon, who played the old Memorial Park during his 16-year stint as a teaching pro in Houston and saw the redesign for the first time Tuesday. “You just can’t bomb it on every hole there.” 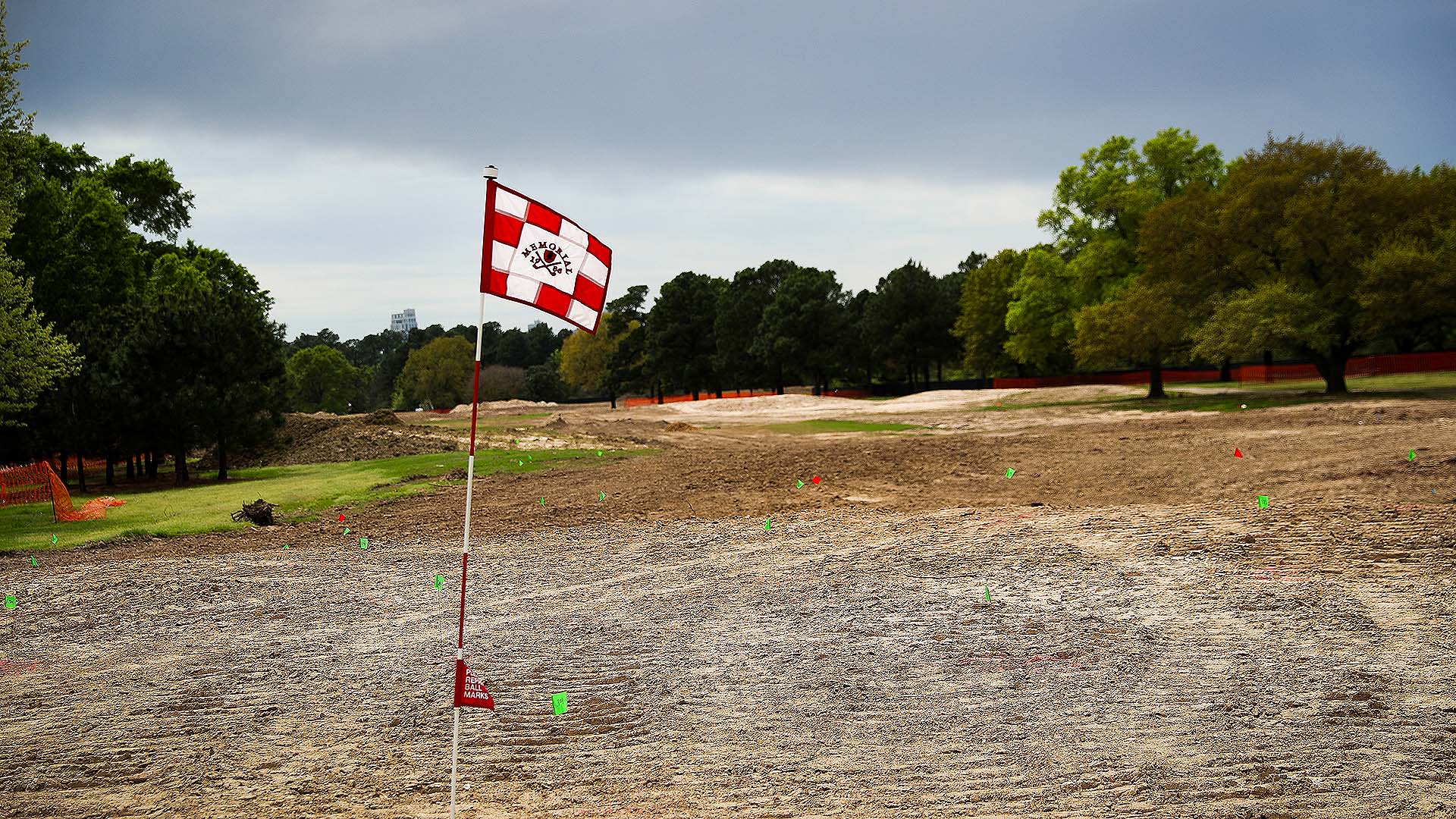 Yet, with its many teeing grounds, the 7,300-plus-yard layout will also be playable for anyone. The most noticeable change Doak made was adding a fifth par-3 while keeping the other four par 3s under 200 yards – a recommendation made to him by Brooks Koepka, who has done some advising on the redesign through his friendship with Crane and AGF president Giles Kibbe.

As Koepka told Doak: “We’ll be heroes if we do that.”

In a world where many pro events are contested on private or expensive courses, the addition of Memorial Park to the Tour equation in Houston is a breath of fresh air.

“One week out of the year the PGA Tour is going to play an amazing golf course that was actually built for them, built with them in mind, but with the different teeing areas, for the other 51 weeks out of the year, the citizens of Houston are going to be able to play a world-class golf course for a reasonable amount of money,” Harmon said.

“… The city is going to love it. Everybody’s going to want to play there.”

But will the Tour’s stars? This year’s Houston Open field marks the weakest non-opposite-field event in nearly five years, according to the Official World Golf Ranking, which rates the strength of field a 73. With just two top-50 players participating, Houston Open tournament director Colby Callaway blames the lack of star power on the event’s new spot on the schedule.

Instead of directly preceding the Masters in April, the tournament now falls before the Tour’s lucrative Asian Swing.

“I’m learning that in the fall, players are interested in chasing the big money internationally and playing overseas,” Callaway told Golf.com earlier this week. “That’s not up to me to figure that out, but up to the Tour to help out because there are tournaments here who are saying, ‘What about us?’

“Hopefully we can force the Tour’s hand to move us.”

Harmon, who as the event’s new recruiter is tasked with luring the big names back to Houston, believes that will happen. Harmon said that Crane met with Tour commissioner Jay Monahan on Wednesday to discuss another date change, even if it means moving just a few weeks earlier in the fall.

That would be huge for the Houston Open, which in the past couple of years has also experienced a hurricane and tropical storm, as well as Shell pulling out after 25 years as title sponsor and the AGF taking over for the Houston Golf Association.

So again, will the stars want to come back? With the arrival of Memorial Park, located in a prime location near downtown, Harmon believes there’s little reason for them not to.

“In the past, there has been criticism of this course (Golf Club of Houston); some of the players like it, some of them don’t,” Harmon said. “I’m not sure there can be anything to complain about when we get to Memorial Park.”

If that happens, if the big names do return, if Memorial Park lures them in again, that would be the game-changing homer that the Houston Open needs.