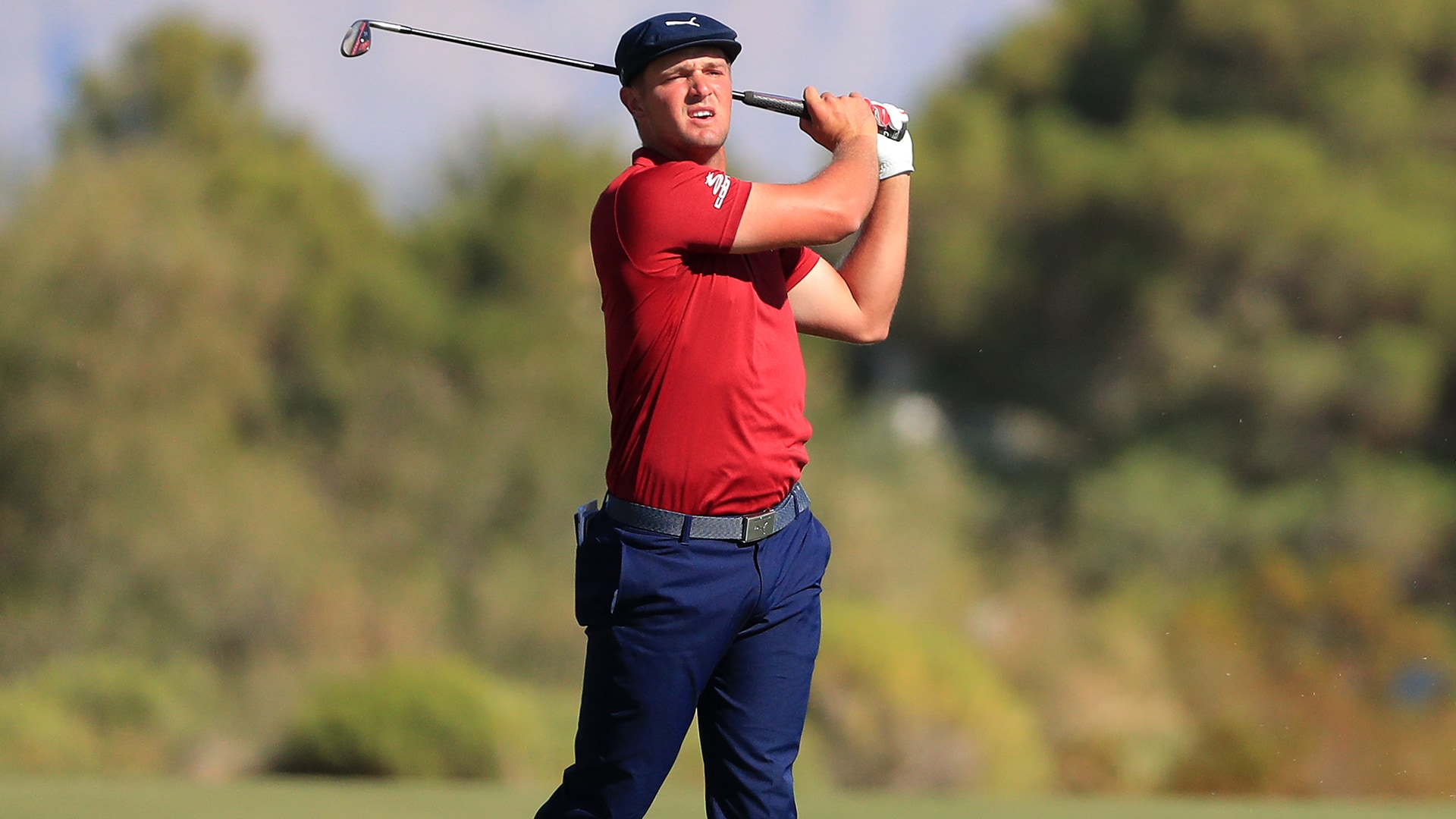 LAS VEGAS – The next time you see Bryson DeChambeau, you might not recognize him.

“I'm going to come back next year and look like a different person,” he said Sunday.

The defending champion at the Shriners ended a “weird week” with a final-round 63 during which everything finally came together.

DeChambeau was in second place behind only Kevin Na when he walked off the golf course and realized he was just one back when Na tripled the par-4 10th as DeChambeau was still signing autographs.

Still, a successful title defense wasn’t meant to be, and DeChambeau will now turn his attention to an offseason exercise regimen that he anticipates will change his body in big ways.

“Bigger. Way stronger. Not necessarily bigger, but just stronger in general,” he said. “I am going to look probably a lot bigger, but it's going to be a fun month and a half off. I have never been able to do this, and I'm going to go do things that are going to be a lot of fun.”

“This” will be work with Greg Roskopf, who DeChambeau has collaborated with in the past to study his own brain waves. Their goal is to “make sure the neurological threshold is just as high as the mechanical threshold,” which in layman’s terms is about maximizing muscle potential and the body’s range of motion.

DeChambeau will be working out with special equipment at home and traveling to Denver on occasion for in-person sessions with Roskopf. He says he’ll start training his core and then work his way out to the extremities.

“You're going to see some pretty big changes in my body, which is going to be a good thing. I’m going to be hitting it a lot farther,” he said.