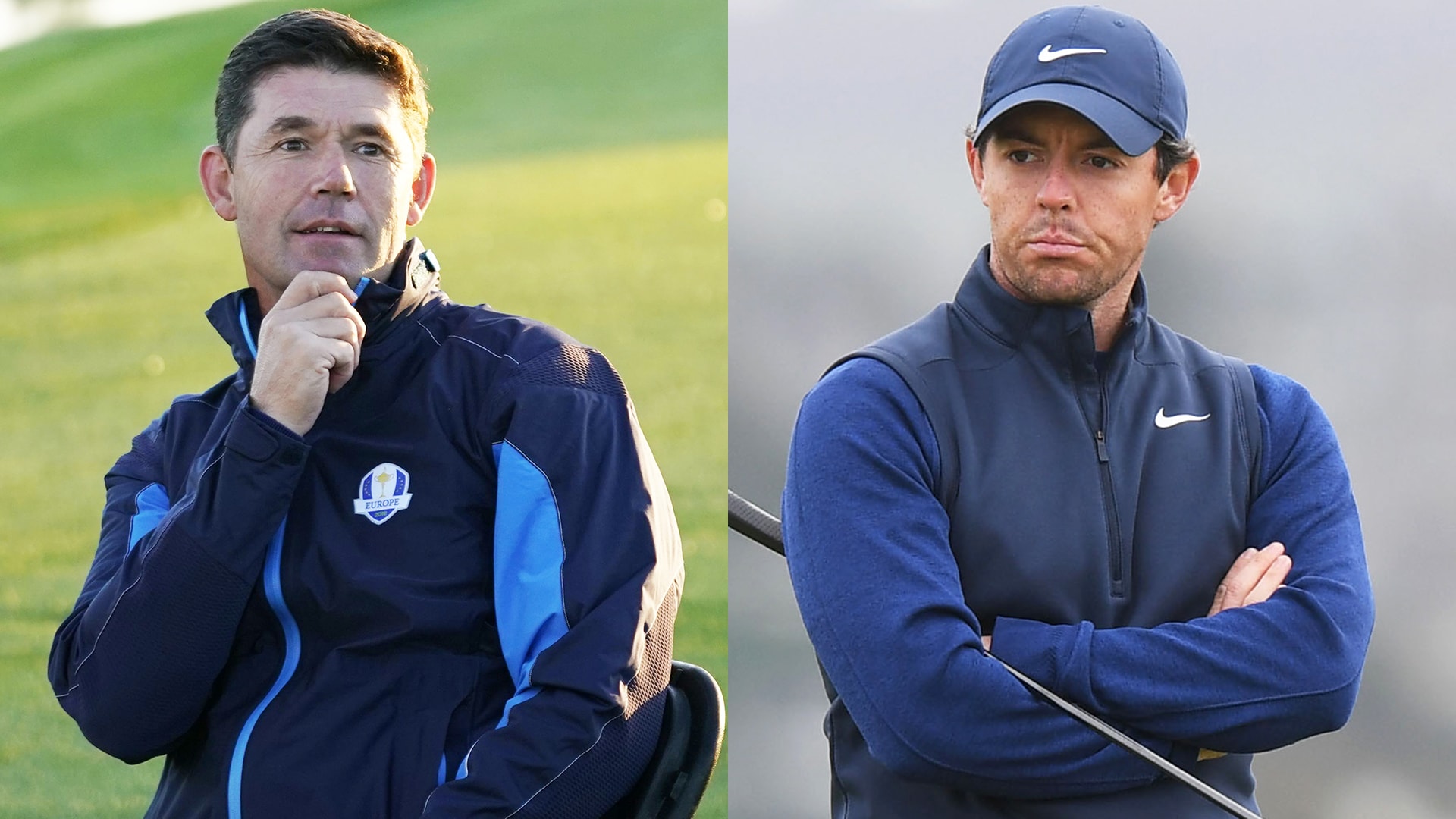 In a golf course setup edition of Cut Line, one captain offers a long-term change to how Ryder Cup venues are presented, while for Rory McIlroy, his setup concerns felt like the wrong execution of the right idea.

Fall fortune. The re-imagined schedule is still something of a novelty for players but there is an aspect of the extended fall portion of the proceedings that has spiced up this normally sleepy period.

With the shortening of the regular season, the PGA Tour extended the fall schedule to 11 events and participation has proven that players have no interest in a four-month offseason. This week’s stop in Las Vegas includes world No. 1 Brooks Koepka. Sixth-ranked Justin Thomas returned to action last week at the Safeway Open and the projected fields for the Asian swing events are even more impressive.

The strength of field for this week’s Shriners Hospitals for Children Open is 398 compared to just 211 last season and there have been similar improvements at each of this fall’s events proving that an extended offseason may have sounded nice in theory but in reality players are going to play.

A true Champ. Most victories on Tour are emotional but last week’s one-stroke triumph by Cameron Champ was grab-the-tissue special.

Champ spent the first two rounds commuting between the tournament in Napa, Calif., and Sacramento, where his grandfather, Mack, was battling terminal Stage IV stomach cancer. Following his victory on Sunday, Champ’s father, Jeff, handed him a phone to talk with “Pops.”

“I’ll say this now. I really feel like this will be, no matter what, even if I never win another tournament again or I win however many,” said Champ, who was taught the game by Mack. “This will definitely be the greatest moment of my golfing career.”

Every victory is special but some are certainly more sentimental.

Neutral ground. It’s a trend that likely won’t impact play at next year’s Ryder Cup given the unique qualities of Whistling Straits, but don’t expect the home course advantage to end anytime soon.

The last two matches have been heavily impacted by course setup with the U.S. side giving Hazeltine National an open, user-friendly look to suit the home team and the Europeans opting for narrow fairways and heavy rough last year in Paris. On both occasions the home team took the “W.”

The philosophy has led some to lobby for more neutral setups for future Ryder Cups.

“I think it's obviously not going to happen probably in my lifetime, but 40, 50 years down the road when the Ryder Cup is still going along, it will probably be best to have a neutral setup where there is no setting up a golf course as we did in Europe so that it was very tight off the tee and it made it a real difficult where par was a good score,” European captain Padraig Harrington said this week.

Forty or 50 years? Neutral setups might be “best” for the matches but it’s clearly not “best” to be the captain who gives up the advantage.

Tweet [Instagram] of the week: (Rory McIlroy) “I understand voicing my concerns about golf course set ups in Europe to the media at a pro-am event on benign links courses wasn’t the right place to do it, or the right people to talk to about it.”

McIlroy went on to explain in the post that he was “venting” and that it’s not just a European issue. The Northern Irishman might have misread the room but that doesn’t mean his message wasn’t on point.

Crime and punishment. Bio Kim was hardly the first golfer to allow his emotions to boil over during a tournament but he might be the first to receive a three-year suspension for it.

At last week’s DGB Financial Group Volvik Daegu Gyeongbuk Open, Kim lost his temper after a cellphone camera shutter went off during his downswing on the 16th hole on Sunday. Kim flipped off the crowd and slammed his club into the ground. The Korean PGA announced Tuesday that Kim was suspended for three years.

Kim apologized for his actions and told ESPN.com that he won’t appeal the suspension. There are clearly cultural differences at play here but many of Kim’s colleagues on the PGA Tour agree the punishment doesn’t fit the crime.

“Yes, what he did was wrong. Should he be fined? Yes. Three years is ridiculous,” Kevin Na told GolfChannel.com.

“Players are reminded it is illegal in South Korea and Japan for any mobile phone manufacturer to sell a phone that allows the user to silence the faux shutter sound on their mobile phone camera,” the memo read.

Note to Sergio Garcia (who was caught on tape this year destroying a bunker in Saudi Arabia and throwing his driver at his caddie at The Open): you might want to avoid playing any Korean Tour events.