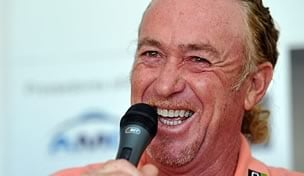 According to a member of the 15-man Tournament Committee who asked not to be identified, the Spaniard would need to be nominated by a member of the committee and would join Paul McGinley and Colin Montgomerie.

Darren Clarke Tuesday withdrew from consideration, and had previously suggested Montgomerie was the best candidate to lead the Europeans against America and U.S. captain Tom Watson.

On Tuesday, world No. 1 Rory McIlroy reiterated his support for McGinley and the meeting, which was scheduled to begin at 7:30 p.m. (local time) at the Saadiyat Island Resort Hotel, promised to be lively.

Although the committee could postpone the decision to name the ’14 captain, there seemed to be strong support to not let the debate stretch out and take away from this week’s Abu Dhabi HSBC Golf Championship.

Montgomerie, McGinley and Jimenez are all members of the Tournament Committee and would have to recuse themselves from the vote; though, Jimenez is not in Abu Dhabi while rehabilitating a broken leg.

Committee chairman Thomas Bjorn would make the final decision in the case of a tie. 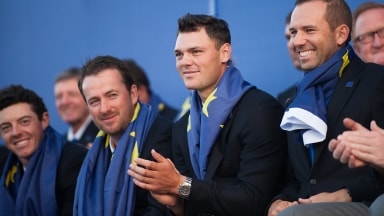