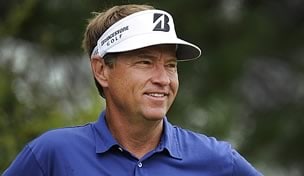 According to his manager with Crown Sports, Love is pain-free and hitting every club in the bag following the procedure which included the removal of bone spurs between his C 5-6 and C 6-7 vertebrae and a fusion using spacers and a titanium plate.

Love, who has dealt with an ailing neck since 2000 and said he’d experienced periodic loss of strength and numbness in his arms in recent years, last played in early February when he withdrew after one round at the Waste Management Phoenix Open and is hoping to return to the PGA Tour at next month’s RBC Heritage, which he has won five times.