Getting to know Lindsey Vonn 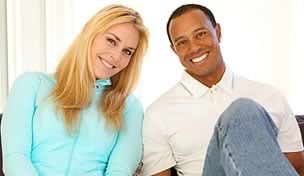 With Monday’s joint announcement that Tiger Woods and Lindsey Vonn are dating, Vonn has now been thrust into the golf spotlight. Here are some facts about Vonn, one of the most decorated U.S. skiers in history.

• Vonn met Olympic gold medalist Picabo Street when she was 10 years old. Street, whom Vonn considers a role model, has served as a mentor to Vonn over the years.

• Vonn has won four overall World Cup Championships, including three consecutive from 2008-2010. She also won in 2012. Vonn finished second in 2011 and lost the title by 3 points. (The World Cup champion is based on overall standings from five disciplines – slalom, giant slalom, super-G, downhill, combined.)

• Vonn has won 59 total World Cup races in her career.