Haney defends his 'prediction' as Lee6 marches to victory

Hank Haney reinserted himself in the narrative of this week's U.S. Women's Open with two strident tweets Sunday, as South Korea's Jeongeun Lee6 was busy closing out her first major victory.

Haney used the occasion to attempt to justify the comments that got him suspended from his SiriusXM PGA Tour Radio show.

My prediction that a Korean woman would be atop the leaderboard at the Women’s US Open was based on statistics and facts. Korean women are absolutely dominating the LPGA Tour. If you asked me again my answer would be the same but worded more carefully.

Shortly after Haney sent his tweet, Lee emerged victorious, marking the ninth win by a South Korean in the last 15 playings of the U.S. Women's Open.

It's a too-good-to-be-true ending to a week that kicked off with Haney dismissing the event, the LPGA itself and Korean players in general.

Haney, whose commentary indicated that he did not know the major was taking place this week or where it was being played, quickly offered, "I'm gonna pick a Korean," and followed up with, "I couldn't name you six players on the LPGA tour. Maybe I could. I’d go with Lee. If I didn’t have to name a first name, I’d get a bunch of them right.”

Lee6  features a number of the end of her name to differentiate her from the multiple other Jeongeun Lees on the Korean LPGA, where Lee6 racked up victories before winning the LPGA Q-Series.

Once Lee was officially the champion, Haney doubled down on "his prediction," misspelling the champion's name. 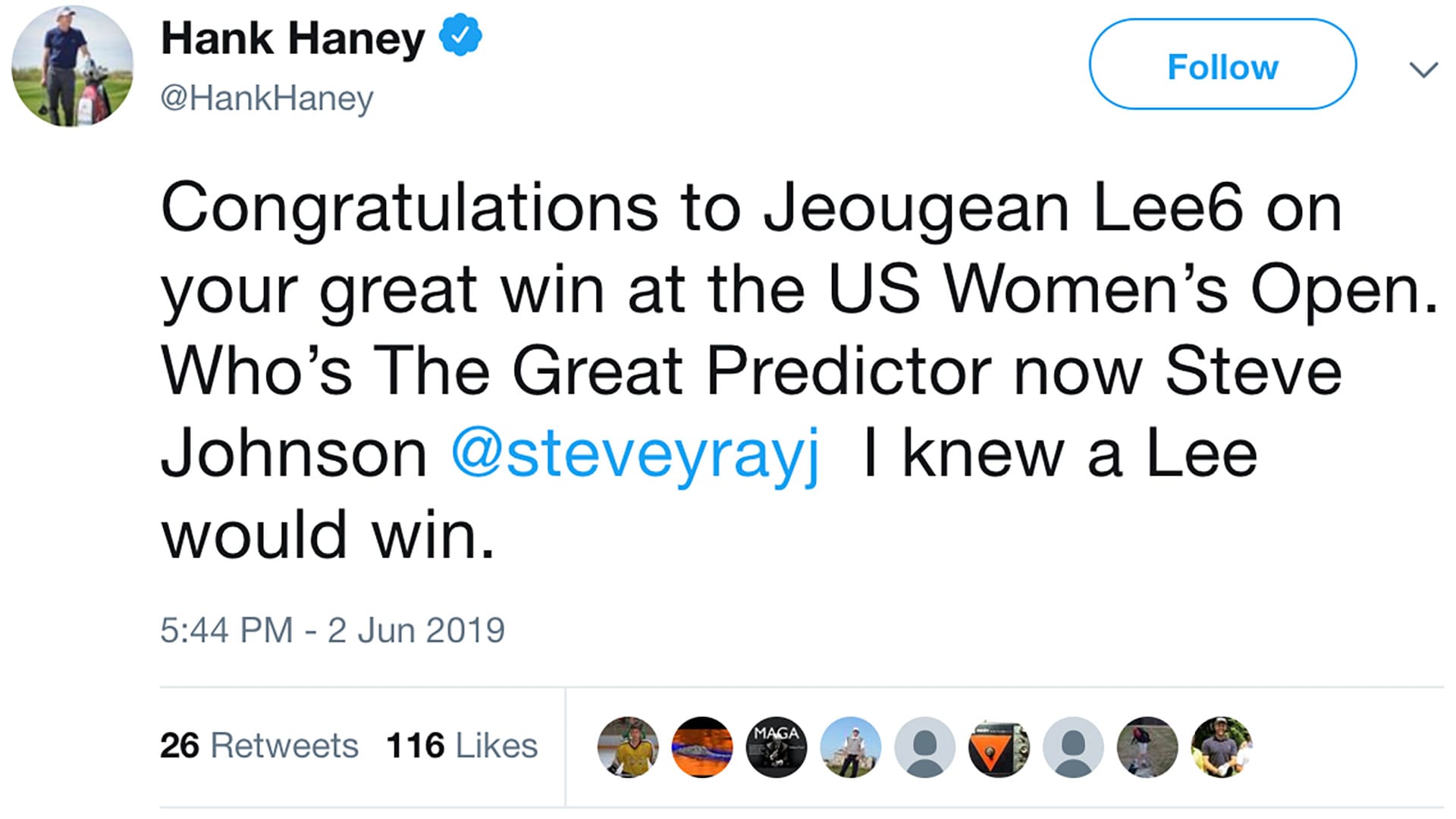 He later deleted the tweet and corrected the error, but stuck with his claim that he "knew" Lee would win.

Congratulations to Jeongeun Lee6 on your great win at the US Women’s Open. I knew you’d win. Who’s The Great Predictor now Steve Johnson @steveyrayj 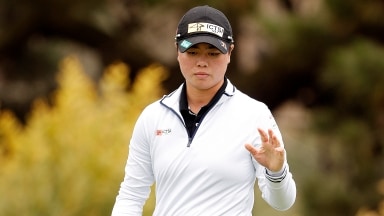 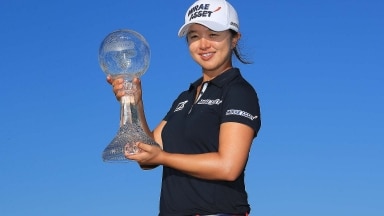 A couple of South Korea’s top stars are hoping to get back to playing next month with plans underway to resume tournament golf in their homeland. 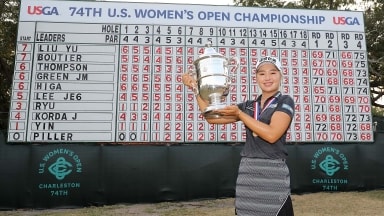