Day not a fan of gimmes in match play 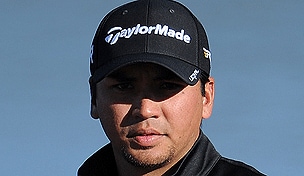 MARANA, Ariz. – Those watching this morning’s semifinal matches at the WGC-Accenture Match Play Championship can count on two things – nervous swings and lockjaw.

All those putts that were “good” earlier in the week will now have to be putted out as the pressure mounts and the number of conceded putts dwindles.

“I don’t know if there is are rule on letting people putt out,” said Jason Day, who was all square early in his match with Matt Kuchar at Dove Mountain. “I feel like when I played Russell Henley (in Round 2) I made him putt a couple of short ones and I felt like he was pretty pissed at me.”

At the 2011 Match Play, Day caused a slight stir when he made Paul Casey putt out a 1 ½ footer during his second-round match, but on this the Australian has been clear.

“From zero to 3 feet, if you’re 100 percent in your entire life, then I will give you putts. If you’re not, then I’m not going to give you putts. No one is 100 percent from zero to 3 feet in their entire life,” he said. “If you’re going to get angry on 3-foot putts and you take your time instead of just tapping it in then they are actually thinking about it.”

Note to Kuchar: if you have to ask, it’s not good.