Jumeirah will not renew deal with McIlroy 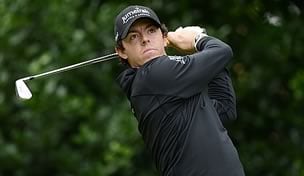 Jumeirah Group, the luxury hotel company that was featured on the front of Rory McIlroy’s hat, announced Tuesday that it would not renew its five-year deal with the world No. 1. That clears the way for Monday’s announcement in Abu Dhabi that McIlroy is signing with Nike.

Jumeirah was one of McIlroy’s first sponsors, signing on with the Northern Irishman when he was 18.

“He was a tremendous ambassador for our brand, both as a consummate golfing professional and as a young man with a great future ahead of him,” said Gerald Lawless, president and group CEO of Jumeirah Group, in a release.

It was announced in October that Acushnet Co. would not renew its deal with McIlroy, who had used Titleist and FootJoy equipment for the past five years.

Monday in Abu Dhabi, where he will make his season debut, there will be a news conference in which McIlroy is expected to announce that he has signed a mega-deal with Nike. Some media reports have suggested that he will receive about $20 million per year in the deal.

In a statement Tuesday, McIlroy said of Jumeirah, “I would like to thank everyone at the company for their support in helping me become the player I am today.” 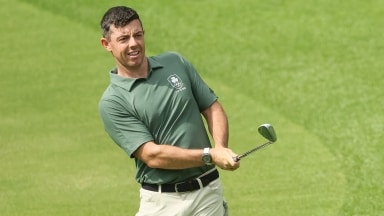 Through 36 holes of his Olympics debut, Rory McIlroy's motivation at these Summer Games is evolving.