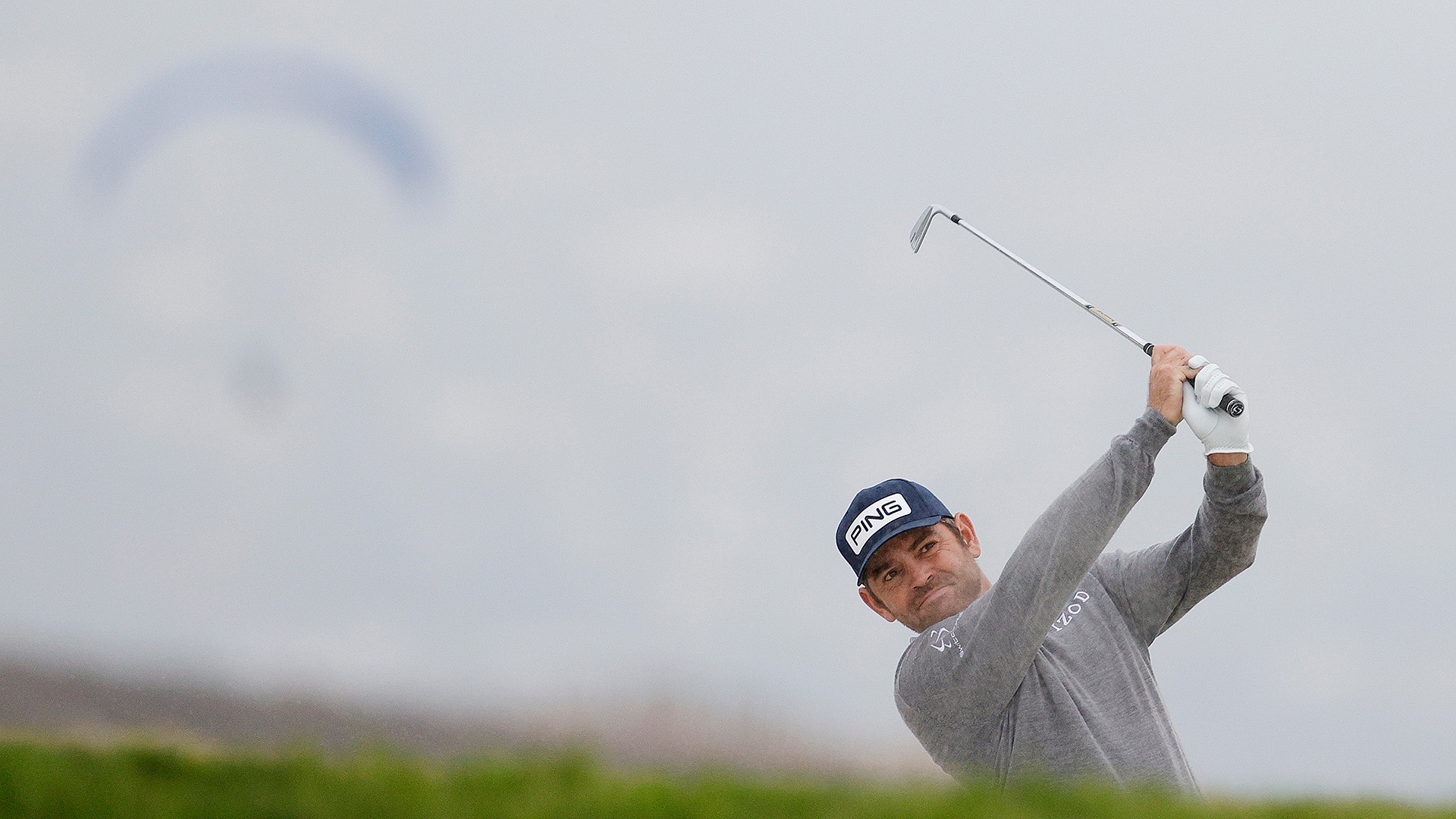 SAN DIEGO — Once the fog finally lifted over Torrey Pines, a familiar figure in the U.S. Open was plain to see.

A long Thursday ended in darkness with Russell Henley in the lead and Louis Oosthuizen poised to join him when the fog-delayed opening round wrapped up Friday morning. There were a few surprises, typical of the start at most majors.

And there was Brooks Koepka.

In the U.S. Open, there is always Brooks Koepka.

With a simple plan and solid execution for most any U.S. Open course, Koepka shot 2-under 69 to extend his incredible record. It was his sixth consecutive round in the 60s at the major with a reputation for being golf’s toughest test.

Dating to the final round at Oakmont, 11 of his last 14 rounds have been in the 60s in the Open.

“I’ve just got a good game plan, focused, I know what I’m doing, and I don’t try to do anything I can’t,” Koepka said. “It’s just all about discipline in a U.S. Open. That’s I guess the gist of it.”

Oosthuizen was among 36 players who failed to finish because of the 90-minute fog delay at the start. They were to resume Friday morning and then head right into their second rounds.

Henley’s first visit in seven years to the rough-and-tumble South course at Torrey Pines went a lot better than the last time, especially under the circumstances. Anything around par never hurts in a U.S. Open, and his 4-under 67 was 12 shots better than his one-and-done appearance in the PGA Tour stop. 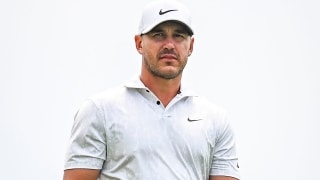 Oosthuizen, a runner-up at the PGA Championship last month at Kiawah Island, was at 4 under and had two holes remaining.

The course was as tough as advertised. The wind was a little more than expected, and it doesn’t take much to add to the challenge.

“If it’s blowing like this the whole week, it’s just going to be a hard week. That’s kind of what you want in a U.S. Open, though, right?” Henley said.

Henley got up-and-down by holing a 6-foot birdie putt on the par-5 18th hole for a one-shot lead over Francesco Molinari and Rafa Cabrera Bello among those who finished.

Koepka, with two wins and a silver medal in his last three U.S. Opens, was joined at 69 by the likes of Masters champion Hideki Matsuyama, Jon Rahm, San Diego native Xander Schauffele and Hayden Buckley, who plays the Korn Ferry Tour and made his major championship debut.

“Any time in a U.S. Open you’re under par it’s a great start and today was just that,” Rahm said.

Sebastian Munoz also was 2 under and had four holes remaining.

The difference between Torrey Pines for a PGA Tour stop in January and Torrey for the toughest test in golf? Henley couldn’t say. He has only played the Farmers Insurance Open one time, in 2014, and it was memorable for the wrong reasons. He holed a 40-foot shot on the 18th hole for birdie to break 80.

That’s about all he remembers except for “leaving the course feeling like I just got beat up.”

There was plenty of bruising going on Thursday in the U.S. Open.

Former U.S. Open champion Webb Simpson had to birdie the last hole to break 80. Jordan Spieth opened with a 77 — he now is 25-over par in his last four U.S. Open rounds. Max Homa four-putted from 20 feet for triple bogey on No. 12 and three-putted for double bogey on No. 14 on his way to a 76.

Defending champion Bryson DeChambeau pounded driver and did plenty of gouging from the rough, though Torrey Pines doesn’t seem quite as suitable for the style he so beautifully executed at Winged Foot last September in a six-shot victory. DeChambeau had to play the final five holes in 2 under to salvage a 73.

PGA champion Phil Mickelson, who turned 51 on Wednesday, shot a 75 on Thursday. That’s not the start he hoped for in his bid to finally get a U.S. Open title for the career Grand Slam. What bothered him were two soft bogeys toward the end of his round.

“Look, it’s part of this tournament, and I was able to go without any doubles. I just didn’t make enough birdies to offset it,” Mickelson said.

Rory McIlroy birdied his final hole in near darkness for a 70, a good sign for a player who has fallen behind too far in too many first rounds at majors. Dustin Johnson had a 71 with one birdie and one bogey, nothing dynamic but suitable for a U.S. Open.

There were a few cheers for “Bryson” directed at Koepka as fans tried to keep their feud going, though Koepka didn’t appear to be the least bit distracted. This is a major, and he showed why he’s called “Big Game Brooks” when the biggest tournaments roll around.

Koepka has beaten 464 or the 465 players he has faced in the last three U.S. Opens he played. He sat out Winged Foot last year with injuries to his left knee and hip. 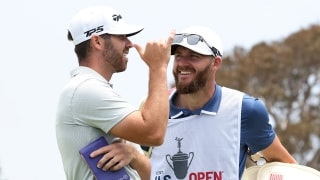 One wild, improbable, highlight-filled U.S. Open round didn’t suddenly fix all of Matthew Wolff’s problems, but it did put him in a mood post-round that he hadn’t experienced in a while.

For so much of the day, Koepka made it look easy by keeping it in the short grass, off the tee and on the green. He was bogey-free and 4 under through 11 holes when he missed the green on the par-3 third and made bogey, and he dropped another shot from on the sixth, which has been converted to a par 4 for the U.S. Open.

Even so, it was a solid start for Koepka, a four-time major champion coming off a runner-up finish to Mickelson at the PGA Championship. It wasn’t easy. He made it sound that way.

“It’s pretty simple. It’s a lot simpler than what guys make it,” Koepka said. “I think a lot of guys make it more difficult than it needs to be. Just got to understand where the flag is, what you’re doing and where to miss it.”

The surprise might have been Molinari, the former British Open champion who has not been the same since losing a two-shot lead on the back nine at the Masters two years ago that paved the way for Tiger Woods slipping on another green jacket.

The Italian had to pull out of the PGA Championship with a sore back. He mentioned other nagging injuries. He’s had three top 10s this year. He also has missed the cut in three of the last four tournaments he played. But he was solid at Torrey, and two birdies over his last three allowed him to match his best start in a U.S. Open.

“There’s no tricks. You need to grind and fight for 18 holes and then relax until tomorrow and start over again,” he said. “I haven’t played recently, so it’s nice to get off to a good start, but there’s a long way to go. Start over tomorrow like nothing happened today.”