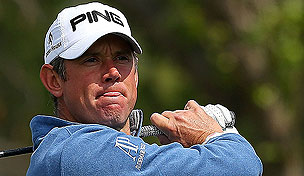 PALM BEACH GARDENS, Fla. – After two days of relatively calm conditions, the wind finally made an appearance at the Honda Classic. Here are some key facts heading into Sunday's final round at PGA National, where Luke Guthrie and Michael Thompson remain out in front:

What it means: Despite a strong field this week, the leaderboard entering the final round is headed by a pair of relatively unknown players. Gusty winds prevented most contenders from making a strong move on either Guthrie or Thompson, who were able to remain ahead of the pack for most of the afternoon.

Round of the day: Starting his third round eight shots off the pace, Y.E. Yang was able to card a 3-under 67 despite the tough conditions Saturday. The 2009 PGA champion hit 14 of 18 greens in regulation, notching a trio of birdies against no bogeys and will now begin the final round in a tie for seventh at 4 under.

Best of the rest: Playing during some of the toughest conditions Saturday, Rickie Fowler closed with a birdie and an eagle over his final two holes, ultimately carding a 1-under 69. It was the only under-par round from anyone in the final 11 groups, and moved Fowler back onto the leaderboard at 5 under.

Biggest disappointment: Tiger Woods' back nine. After carding three birdies in his first eight holes amid benign conditions, the world No. 2 was unable to make another birdie the rest of the day. When a lost ball on the par-3 17th led to a double bogey, Woods was left with a third straight round of even-par 70, finishing his day just as conditions began to deteriorate for the leaders.

Main storyline heading into Sunday: Will anyone track down the young co-leaders? Guthrie, 23, and Thompson, 27, will find themselves in the final pairing for the second consecutive round Sunday. The group chasing them, however, includes former world No. 1 Lee Westwood and former U.S. Open champion Geoff Ogilvy, who are both only two shots off the pace.

Shot of the day: After his tee shot on the sixth hole found the wrong side of the cart path in the right rough, Michael Thompson probably wasn't thinking about a birdie. His approach rolled into the greenside bunker, though, and Thompson then holed his sand shot from 45 feet for an improbable 3. It was one of four birdies on the day for Thompson, who will seek his first career PGA Tour win Sunday.

Quote of the day: 'I'm kind of pumped. I'm hoping the weather is like that tomorrow. I think it gives me an advantage.' - Luke Guthrie, who takes a share of the lead into Sunday's final round at blustery PGA National.