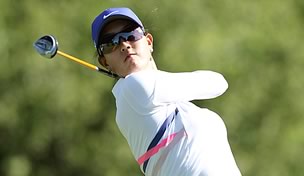 With an even par 72 in the second round, Wie missed the cut by four shots. Her second missed cut of this young season.

If the American team were decided today, Wie wouldn’t be among the automatic qualifiers.

The Solheim Cup is scheduled Aug. 16-18 at Colorado Golf Club.

There is plenty of time to make the team, with 14 more events left before qualifying ends. The top eight on the U.S. Solheim Cup points list make the team at the conclusion of the Ricoh Women’s British Open. The top two Americans in the Rolex Women’s World Rankings who aren’t already qualified off the points list also automatically make the team. There will also be two captain’s picks.

Wie is tied for 10th on the American points list and is fourth on the world rankings list.