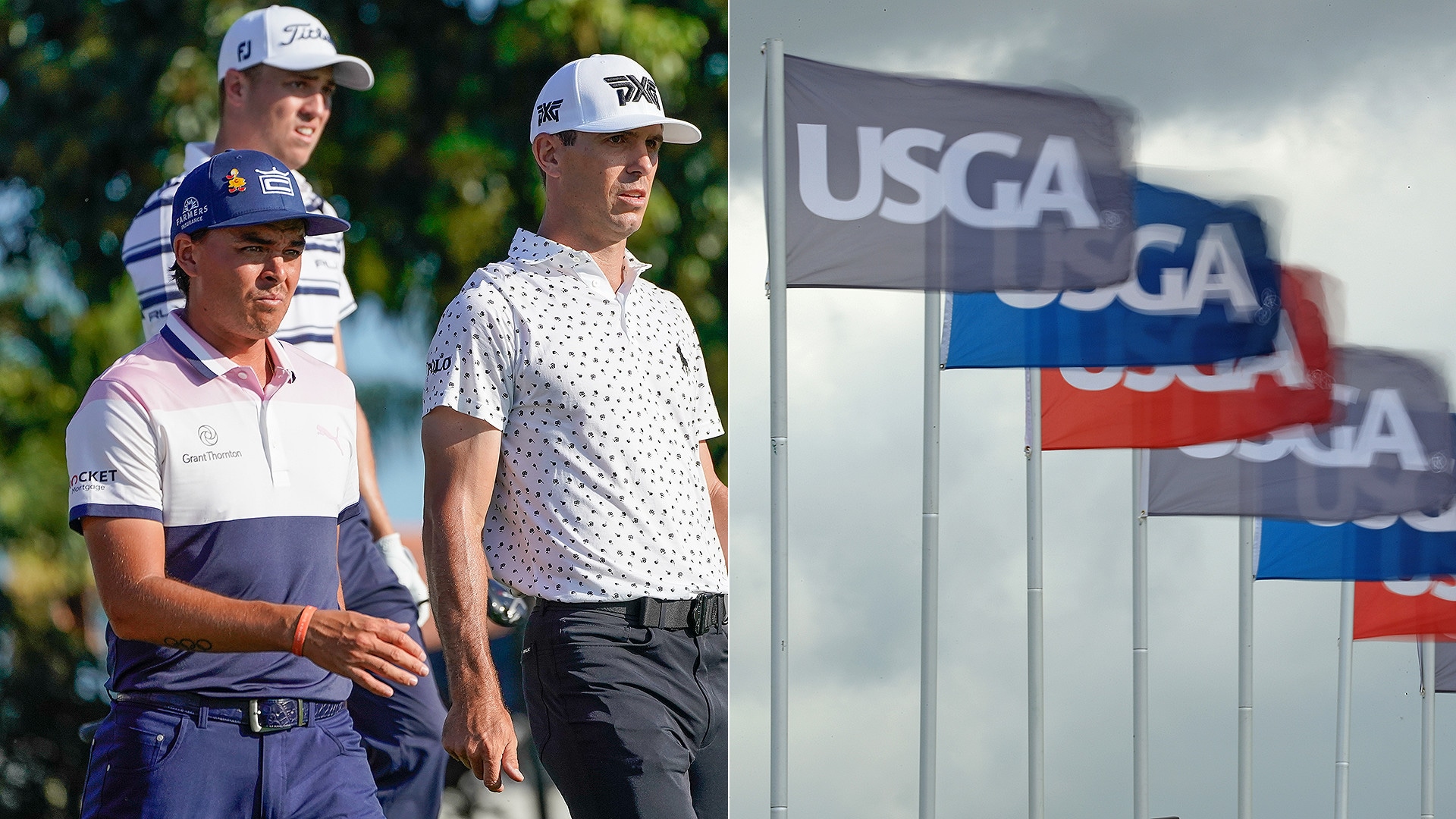 Golf’s most important relationship is on the rocks.

Trust may not be broken yet, but a fracture’s getting worse.

PGA Tour pros and the USGA appeared to grow even further apart at the Honda Classic last week, with lack of civility and respect creeping into the discourse in ways it never has before. It’s a troubling development for some of the game’s most decorated veterans.

The tournament began with Rickie Fowler mocking the new drop rule by squatting, as if over a toilet, while pretending to make a drop. It ended with Justin Thomas revealing he was hurt when the USGA called him out on Twitter for complaining about the USGA’s lack of communication with pros over the rules changes. The tweet implied Thomas was being disingenuous, that he was turning away the governing body’s earnest advances.

“It really hurt me,” said Thomas, the world’s No. 3 ranked player. “It was upsetting to me, because the information they put out there was inaccurate in terms of me cancelling meetings, and that doesn’t make me look good.”

Jim Furyk, a major champion and U.S. Ryder Cup captain, was disheartened seeing the USGA cross a line he believed shouldn’t have been crossed. He didn’t like seeing a governing body with that kind of blue-blooded pedigree lowering itself in a Twitter spat.

“They have said they want to have a better relationship,” Furyk said. “That tweet sure doesn’t help things. I show up to breakfast this morning, and I’ll be honest with you, that’s all everyone was talking about, and it wasn’t real positive.

“You would never see the PGA Tour write that tweet. The USGA, they have a shield, and they stand for something. There’s a bar, and that tweet was below the bar. No matter why it was said, right or wrong, there are better ways to handle that situation.”

Zach Johnson, a two-time major champion, didn’t like the USGA response, either.

“I applaud J.T.,” Johnson said. “I think he said everything right, and then they blasted him”

Furyk, Johnson and other veterans have watched tensions grow over player frustration with U.S. Open setups the last decade. There’s disintegrating faith in whether the USGA can get the formula right again, especially after the debacle last year at Shinnecock Hills, where Phil Mickelson became so exasperated he risked disqualification by swatting a moving putt.

Now, Furyk sees tensions widening over the modernized Rules of Golf that were implemented this year.

“It’s not helping the relationship at all,” Furyk said. “It’s probably driving a little bit of a wedge in there, even deeper. I’ll be honest.”

Furyk believes it’s best for golf that the USGA and PGA Tour pros work out their differences.

“I think the USGA’s heart is in the right place,” Furyk said. “I really feel like it would be good for both parties if that relationship were stronger.”

John Bodenhamer, the USGA’s senior managing director of championships, defended the organization’s “collaborative effort” in modernizing the rules in a “Morning Drive” interview Sunday on Golf Channel. He pointed out that the PGA Tour has had a hand in the process for seven years, that the USGA has reached out to PGA Tour pros at several events this season and that there were opportunities to influence the rule making in a long feedback period.

“We’ve had some very positive discussions, considerable insight, and we will do more,” Bodehamer said. “We will redouble our efforts to do more.

“We will do whatever it takes in cooperation with the Tour.”

Billy Horschel, the five-time PGA Tour winner, said a credibility issue is at the heart of player frustration. Last year, USGA executive director Mike Davis pledged Shinnecock Hills wouldn’t be pushed to unfair extremes, the way it was in 2004, and the way other U.S. Open setups have been. Players were outraged when history repeated itself. Horschel said he doesn’t trust where the USGA distance study is going, and whether decisions are already in place over how the ball should be regulated.

“We don’t feel like the USGA is honest with us.”

Johnson isn’t sure how much influence players really have over USGA decision making.

“I don’t know if they’re willing to listen to us,” Johnson said.

Johnson, however, said he trusts PGA Tour officials are working to advocate on behalf of the players.

How satisfied is PGA Tour leadership with the role the USGA gave them in the modernizing of the Rules of Golf? GolfChannel.com asked.

“The PGA Tour was invited into the discussions on the Rules of Golf from the beginning, and we felt we could play an important role in the process,” the PGA Tour responded in a statement. “We put forward a number of suggestions, and virtually all of these have been incorporated in the new rules that took effect January 1. We also said from the outset that additional tweaks would be needed, working with the USGA and R&A as we always have.”

Ernie Els, a two-time U.S. Open winner, says he doesn’t like all the rule changes, but he believes the USGA’s important historical role must be preserved. He believes players need to show more respect for the authority that is vital to rules making.

“These guys have been writing the rules for us for a long time, so we have to abide by it,” Els said. “Whenever there is change, there’s going to be a difference of opinion, and the guys just have to get over it and get on with it now. These guys are a little bit more important and a little bit more powerful than the player.

“I don’t believe in the warm and fuzzy relationship. They make the rules. They are the creators of the game. They should be the strong man. They shouldn’t be making friends out here. We are professionals ... We will come and go, but they have to protect the game and that entity.”

Els, however, concedes the USGA’s failures in U.S. Open setups have damaged its credibility.

“Almost every single time they get hold of a golf course, they destroy it,” Els said. “They’ve taken some of the most iconic golf courses and absolutely destroyed them ... I love the USGA guys. A lot of them are my good friends, but they’ve missed the mark on the courses.”

“I don’t have all the answers, but I am not so sure that we shouldn’t have our rules slightly different than the common amateur.”

Bifurcation? Something more severe, perhaps the Tour completely breaking away from the USGA and employing its own set of rules?

“I don’t know if that’s the right way to go,” Johnson said, “but I can say my peers have discussed that, and some have voiced their opinions.”

Furyk worries where that would lead.

“I hear players talk about it,” he said. “I hear the media talk about it, but I’d really have to sit down and think about the positives and negatives. The issues are different. It’s a whole other set of circumstances. I’m not sure that would be good for golf.”

PGA Tour commissioner Jay Monahan presided over a players’ meeting Tuesday at the Honda Classic. Rules issues were discussed, with Monahan informing membership that the Tour is working with the USGA to address their concerns.

The PGA Tour intervened aggressively last month in the confusion over application of the new rule forbidding caddies from aligning players. The Tour rescinded a penalty against Denny McCarthy, prompting the USGA and R&A to suspend the rule and then to issue a clarification that modified its enforcement.

Johnson believes the PGA Tour may influence other modifications.

“There were a lot of rules changes, and I think they’re going to have to polish them up,” he said.

The health of the relationship may depend on both sides doing that.