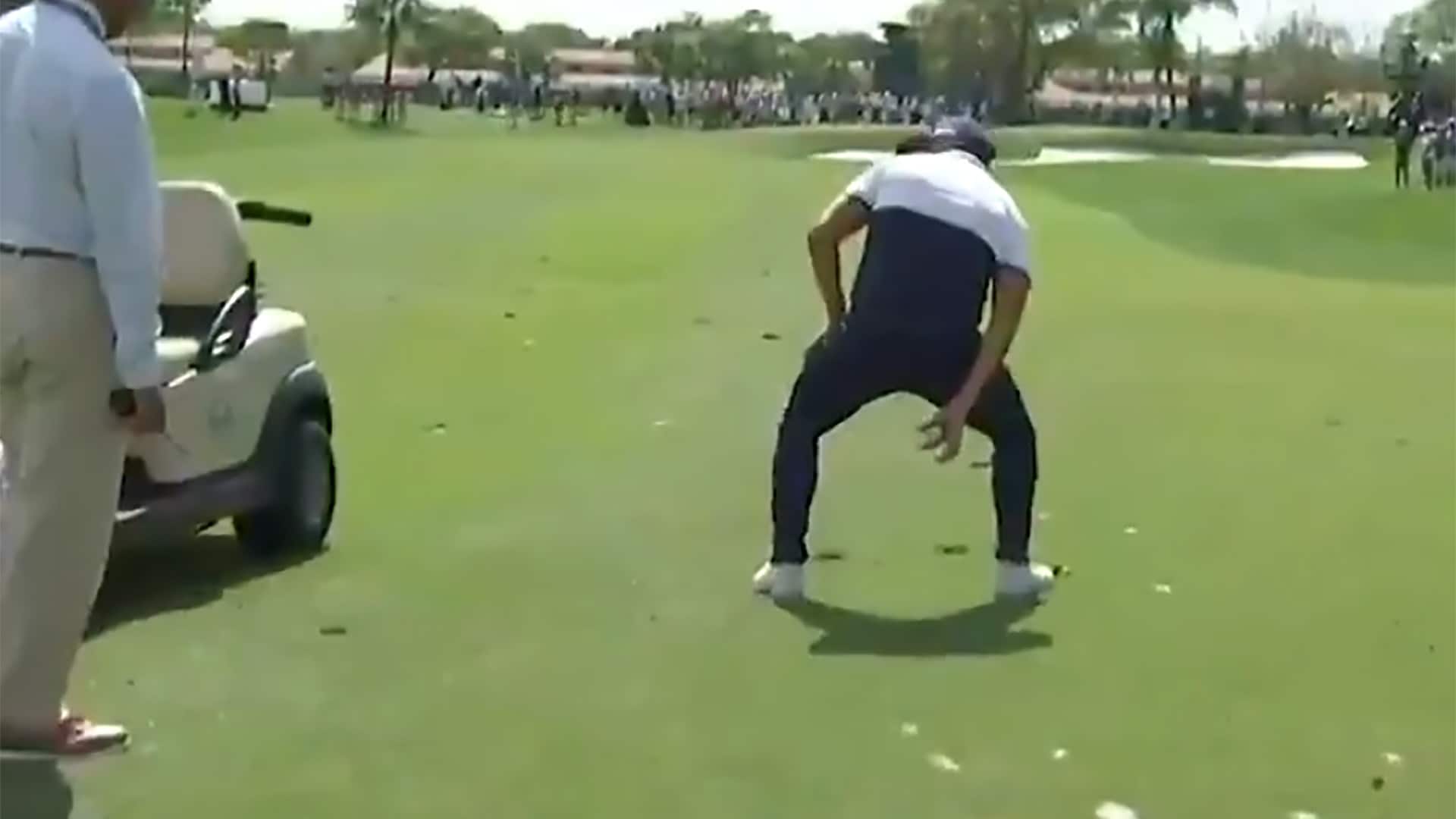 Rickie Fowler ran afoul of the new knee-height drop rule last week at the WGC-Mexico Championship, and he had some choice words after receiving a penalty for dropping from shoulder height.

“I think, with the new rules that have been put in place, it’s not doing any favors for our sport. I think it will definitely be changed," Fowler said. "We have been making fun of the knee drop for so long that it was ingrained the first time I took a drop this year. Like, ‘This is an iconic moment. I get to drop from my knee and look stupid.’ So, no, like I said, it was on me, but I think it’s a terrible change.”

Fast forward to the first round of the Honda Classic, and it appears the drop rules are still on Fowler's mind.

Needing to take a drop on Thursday at PGA National, Fowler couldn't help but poke fun at last week's incident:

After Rickie's first-round 68, he had more to say about the rule, but this time, all in good fun, "I still don't think anyone has found out a way to make it look cool, athletic or good," Fowler said.

He said on Thursday at the Honda he might have played with a few different style drops, but at the end of the day, "I think I'm still kind of making fun of the fact that we have to drop from our knee."

Rickie Fowler ... officially not a fan of golf's new rules. Despite missed cuts piling up amid swing changes, Rickie Fowler is in position to break out of his slump after an opening 67 at the Rocket Mortgage Classic. 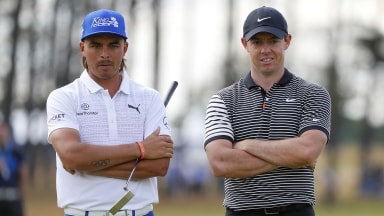 One of the best fields ever assembled at the RBC Heritage has predictably produced four of the most compelling featured groups for the first two rounds. 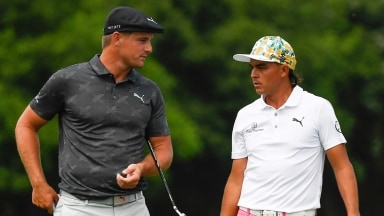