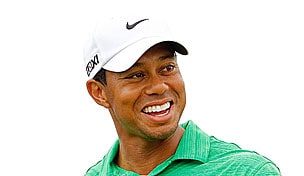 A few weeks after Nike debuted an ad featuring Tiger Woods and one of their newest additions, world No. 1 Rory McIlroy, the equipment and apparel manufacturer has released another spot involving Woods – this one celebrating its new Covert driver.

The spot, entitled 'Apologies,' shows run-of-the-mill golfers accidentally hitting into the group in front of them due to the increase in distance they receive from the Covert driver. A player in the final group shown hits a drive that finds the green – where Woods is attempting to putt out.

As many golf fans recall, both Woods and McIlroy missed the cut last month in Abu Dhabi shortly after the 'No Cup Is Safe' commercial debuted. This likely will not be an issue for Woods following 'Apologies,' as the 14-time major champion is not only coming off a dominant win at Torrey Pines two weeks ago, but will also next tee it up in an event without a cut – the WGC-Accenture Match Play Championship.