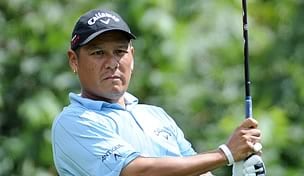 Begay will take on the role vacated by Dottie Pepper, who joined the board of the PGA of America and retired from NBC last year to pursue programs geared toward junior golf.

''I'm absolutely thrilled to join the Golf Channel and NBC golf broadcast teams,'' Begay, 40, said in a statement. ''The game of golf is as exciting as ever, and I look forward to utilizing my extensive experience to provide viewers with insight into the competition and its players.''

Begay, a Navajo, is the only full-blooded American Indian to play on the PGA Tour. His career was derailed by back injuries. He has devoted much of his recent time to his foundation that he established in 2005, providing health and wellness education for Indian youth.

Begay made his TV debut in 2010 during Golf Channel's ''Live from the Masters'' and has contributed to Golf Channel's coverage at The Masters and U.S. Open the last three years.

Along with being a walking reporter, he will contribute to Golf Channel news programs and coverage from majors.

''Notah has a wealth of knowledge, experience and a tremendous passion for the game of golf, and we are excited for him to be expanding his role within the NBC Sports Group,'' Golf Channel executive producer Molly Solomon said. ''He already has demonstrated a knack for honest and candid analysis during Golf Channel's 'Live From' coverage, and our viewers can expect the same when he reports from the golf course.''

Golf Channel televises the first three PGA Tour events, ending with the Humana Challenge next week in Palm Desert, Calif. Golf Channel and NBC will have the Waste Management Open, the Florida Swing and two stops in Texas leading up to the Masters. 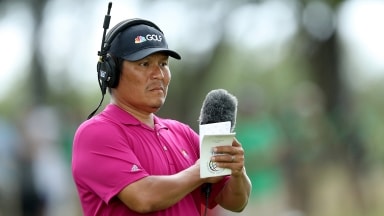 Begay: When Tiger ‘couldn’t get out of his chair’

Golf Channel analyst Notah Begay III joined Golf Central Live From The Masters to offer this portrait of just how far Woods had to climb to get where he did Sunday.