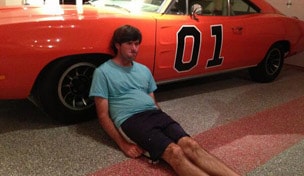 Within 24 hours, the latest Internet sensation has been born.

After Deadspin posted an article and image on Thursday of Jason Dufner looking less than thrilled to be participating in a charity event in the Dallas area, players took to Twitter to post their own version of what's been dubbed #Dufnering. There's also a tumblr that's been created, showcasing Dufner photoshopped in various settings.

Bubba Watson, Rickie Fowler, Rory McIlroy and Luke Donald were among the first to join in on the #Dufnering fun. View their Twitpics by clicking here or on the image below.