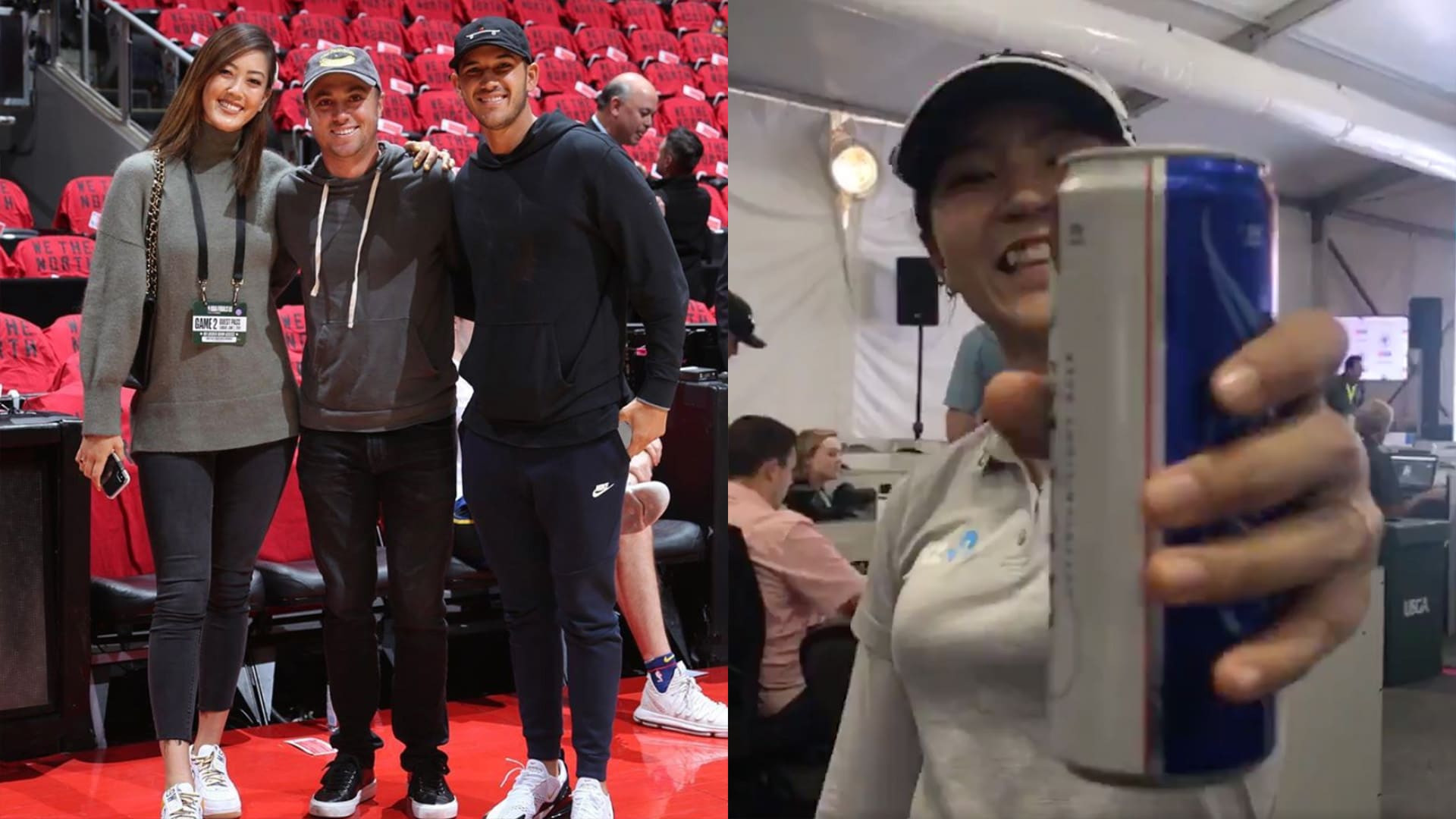 PGA Tour stars head north for the RBC Canadian Open NBA Finals, great shots result in drinks and jokes, and the story of the U.S. Women's Open continues to be Hank Haney(?).

On his SiriusXM Radio show last week, Tiger Woods' former swing coach made some controversial remarks before the event began, admitting he didn't know where or when the tournament was happening before dismissively adding, “I’m gonna predict a Korean [will win]. I couldn’t name you six players on the LPGA tour. Maybe I could. Well … I’d go with ‘Lee,’ if I didn’t have to name a first name. I’d get a bunch of them right."

Haney was subsequently suspended from his radio show, and he apologized for his comments. Then, in a surprise twist South Korea's Jeongeun Lee6 won the U.S. Women's Open, and Haney was right back at it, doubling down on his original take and defending his "prediction."

Maybe you believe Haney called his shot, maybe you don't, and whether or not he gets permanently fired from his radio gig remains to be seen. Twitter eggs and angry social media mobs aside, one group of people didn't appreciate Haney's words, and they're kind of important in this case - the ladies of the LPGA.

From Michelle Wie to Cristie Kerr to Brittany Lincicome, some of the LPGAs biggest stars had no problem strongly condemning Haney's words:

As a Korean American female golfer, these comments that @HankHaney made disappoint and anger me on so many different levels. Racism and sexism are no laughing matter Hank....shame on you. I don’t ever do this, but this must be called out. https://t.co/P18JByTosN

WOW @HankHaney. Way to go. Heaven forbid we celebrate the game of golf and all of the incredible golfers around the globe, male, female, those that fall between, or outside the spectrum. I work my ass off to be able to do what I love, and I’m lucky to love what I do. https://t.co/07jLRDuTH1

Let me get this straight ... you can make racist and sexist comments and then “boycott” the organization and its players who have enlightened you to your ignorance. Way to go @SiriusXMPGATOUR https://t.co/CtRyLqtMxX

Who knows how this whole thing will turn out, but if you start hearing stories about popsicles, that means Haney's got another book to sell you.

Drake may be stealing the show courtside at the NBA Finals, but if you looked closely, you may have seen some other familiar faces in the crowd for the first two games of the series.

With the RBC Canadian Open being held at Hamilton Golf and Country Club just outside Toronto, some of the PGA Tour's biggest stars got to town early to catch the action between the Golden State Warriors and Toronto Raptors.

Justin Thomas, Rory McIlroy, Sergio Garcia and Bubba Watson have all been spotted at the Scotiabank Arena, and in really good seats, go figure.

Thomas even spent some time on the court talking to two-time NBA MVP Steph Curry and sat with the fiancée of the Warriors' director of basketball operations - she goes by Michelle Wie. Maybe you've heard of her?

Awesome time in the 6 last night at my first @nba finals game. Scotiabank gets LOUDDDDD! Never ceases to amaze the amount of athleticism those guys have. Fun way to start a great week here in 🇨🇦

Rory McIlroy was just shown on @TSN_Sports sitting court side with his wife at the Raptors game in Toronto. Welcome to the 6ix @McIlroyRory 🇨🇦🙌 #WeTheNorth #raptors pic.twitter.com/tAYDJJlO6G

When you get the tires rotated but skimp on the alignment check:

SWING AND A MISS

Golf Channel analyst Brandel Chamblee returned to PGA Tour Champions action last week at the Principal Charity Classic in Iowa, and for a guy who is always prepared in the booth, his practice round got off to an impressively terrible start.

While playing what he thought was the ninth hole at Wakonda Club, Chamblee flushed this iron ... at the pin on the practice green.

No one will hit a better shot into that green all week. #rookie https://t.co/H9CruSfInF

And staying on brand until the bitter end, the 56-year-old maintained he would've found the bottom of the cup with his putt.

I’d have made the putt too.

Never change, Brandel ... but you already know that.

Raise your hand if you were devastated to see an of-age Lydia Ko buy everyone beer. I'm officially old, man.

During the final round of the U.S. Women's Open, Ko aced the Country Club of Charleston's reverse redan hole, the par-3 11th, with a 6-iron, and she was more than happy to buy the beer for whoever was drinking.

Ko, who turned 22 a couple months ago, became the youngest-ever winner of an LPGA event as a 15-year-old at the 2012 CN Canadian Women's Open. In spite of how it makes me feel about the passage of time - not good, by the way - it is good to see the two-time major champ honors golf's most prestigious tradition:

🍻 for an ACE! Lydia Ko made a hole-in-one on No. 11 in the Final Round of the #USWomensOpen! pic.twitter.com/KezHaieftf

Beers on Lydia! Lydia Ko stopped by the @uswomensopen media center to buy the writers a beer in celebration of her hole-in-one on 11. Of course, we won’t drink any until after play! Cheers!! 🍻 pic.twitter.com/YuqZpWullQ