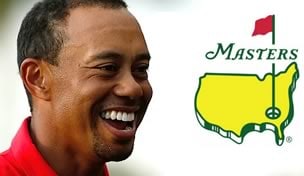 DORAL, Fla. – Tiger Woods sat in the interview room late Sunday, wrapping up a few last-minute media obligations while autographing several bits of memorabilia for tournament sponsors, the duty of a winner each week on the PGA Tour.

An hour earlier, Woods had put together the final pieces of a WGC-Cadillac Championship victory that was his second this season, the 76th in his PGA Tour career and the 17th World Golf Championship on his resume.

But there was that word, master. Or, in our world, that little golf tournament in Augusta, Ga.

The Masters begins in 31 days. But who is counting?

WGC events annually boast the best players in the game; that’s the reason they were created. Rarely, however, do the best of the best end the week on the top of the leaderboard.

For four glorious days last week in South Florida, sponsors, media and fans alike all were salivating over the names they saw on the monster marquee floating in the water adjacent Doral’s famed 18th hole.

Rory McIlroy had struggled mightily to begin this season but found confidence the last two days, making 11 birdies and an eagle to tie for eighth place, along with 2012 champion Justin Rose. Scott shot a tournament-low 64 Sunday to make his presence felt.

This is the last time we’ll see a leaderboard like this until the Masters. We’ll see smatterings of these players over the next month, but not together – not until they spend that week amidst the azaleas.

It’s unclear who will be ranked No. 1 by then. McIlroy holds the top spot now, but Woods would assume the position with a victory in two weeks at the Arnold Palmer Invitational, where he’s won seven times including last year.

Woods will take two weeks off after Bay Hill, but McIlroy will play the Shell Houston Open and have a chance to either build on his No. 1 position, or regain it should Woods have it by then.

This is now the eighth time that Woods will arrive at the Masters with at least two Tour victories. In six of the previous seven times, Woods failed to win a major only once (2003). If Woods wins at Bay Hill it will be the fourth time he enters the Masters with three Tour titles in that respective year (2000, ‘03, ‘08).

“Any time I can win prior to Augusta, it always feels good,” Woods said. “I’ve been able to do it a few times throughout my career, which is nice.”

Americans have won every event on the PGA Tour so far this year. Europeans are rounding into form. South Africans always seem to find their way near the top of leaderboards this time of year.

Point is, we’re in the midst of one of the most memorable preludes to the Masters in a long time and Woods, as he has been so many times before, is the leading man.

Woods’ performance in winning the Farmers Insurance Open was dominating and he said Sunday that he played just as well to win the WGC-Cadillac Championship. He’s selling himself short. He played better at Doral in another epic triumph.

With a helpful tip from Stricker, Woods’ putting looks better than it has at any point over the past four years. He’s rolling it beautifully and needed only 100 putts last week to record 27 total birdies. He’s confident on the greens, he doesn’t consider the fact that he’ll miss a putt and the pep is back in his step.

“He’s been playing like this for quite some time,” Mickelson noted. “All last year and this year now. He’s pretty strong. Playing at a pretty high level week in and week out, it seems like.”

Said McDowell, who played with Woods the last 36 holes: “In ’10, ’11 when I was playing with him, he would hit the odd shot where you would just kind of blink twice and go ‘really?’ He’s got the ball under control now.

“He doesn’t have those kind of off-the-radar balls anymore.”

This is, technically, the fourth golf swing that Woods has used to win tournaments in droves, a fact that can’t be undersold.

Victory at the WGC-Cadillac is his fifth in the last 19 PGA Tour events, a span of 50 weeks. That is a 26.3 winning percentage, a clip that essentially is on pace with his career 26.9 winning percentage as a professional.

“That’s how I know I can play,” Woods said emphatically. “To be able to bring it out a couple times so far this year, and then be able to close and get the Ws on top of that, that’s nice.”

It’s nice for Woods. Not for others.