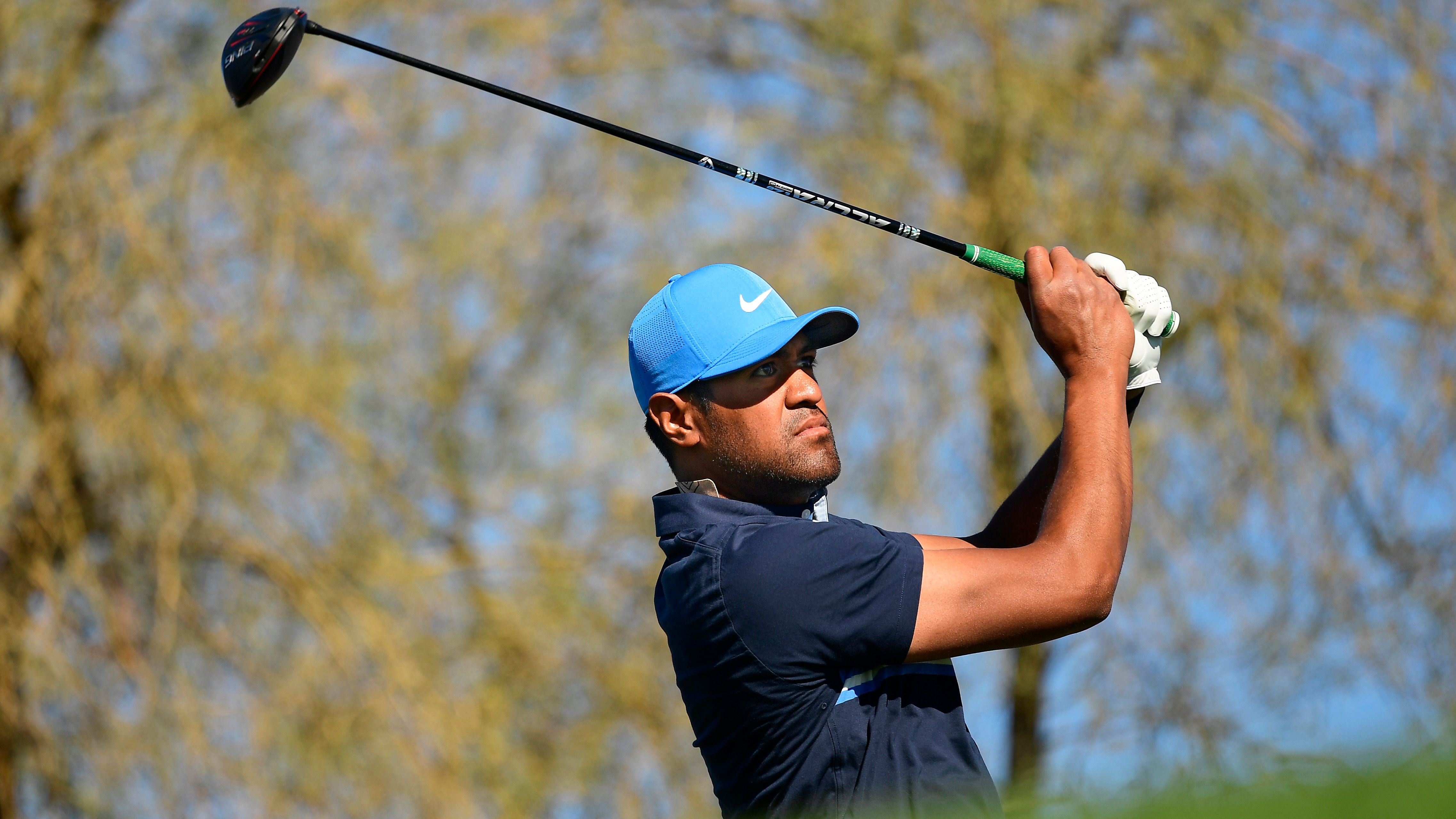 SCOTTSDALE, Ariz. – Tony Finau doesn’t miss a lot of cuts. In fact, he’s only made 11 early exits dating back to the start of 2017.

But three of those missed cuts have come the last three years at the Waste Management Phoenix Open, where Finau has been flummoxed by a course that he enjoys in an environment he embraces. The streak had reached the point that he and caddie Greg Bodine openly joked on the first tee Thursday not about trying to win the tournament – but simply making it to the weekend.

“There’s no hiding from it,” Finau said. “After we made the turn, I turned to him and I said, ‘I think we’re going to be all right this year.’ So happy I’m playing the weekend.”

Finau did more than just make the cut, as a second-round 66 moved him to 7 under and inside the top 10. He has dropped just one shot through 36 holes and didn’t have any blemishes on the scorecard Friday morning.

“I feel like I shot 60 out there today with my record,” Finau joked.

Finau was one of several players to honor the late Kobe Bryant during the opening round, donning one of Bryant’s Lakers jerseys as he played the infamous 16th hole, and he again wore the jersey on No. 16 during the second round where he drained a 22-foot putt for birdie. 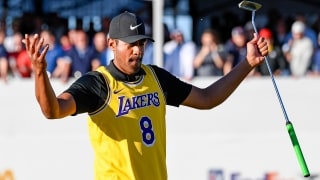 For Kobe! Finau drains long birdie on No. 16

“I just said, ‘Kobe’ as it went in and did a little jump shot,” he said. “To have the opportunity this week to kind of pay respect and homage to him is pretty neat for me. So I enjoyed that, and happy I was able to make birdie today for him.”

The performance is an especially welcome one since Finau initially didn’t expect to tee it up here this week. He was originally listed in the field for the European Tour’s Saudi International, but last week opted to withdraw to instead be at home with his family after a recent move from Utah to the Scottsdale area. But with the PGA Tour now in his new backyard, he decided to take another shot at solving TPC Scottsdale, a decision that has paid early dividends as he looks for his first win since 2016.

“Having it be here, for me, it was like, worst-case scenario I miss another cut here and I’m on my way throughout the year again,” Finau said. “Even though I don’t have the best record, I like playing here. It was an easy one to add to the list once Saudi was out.”