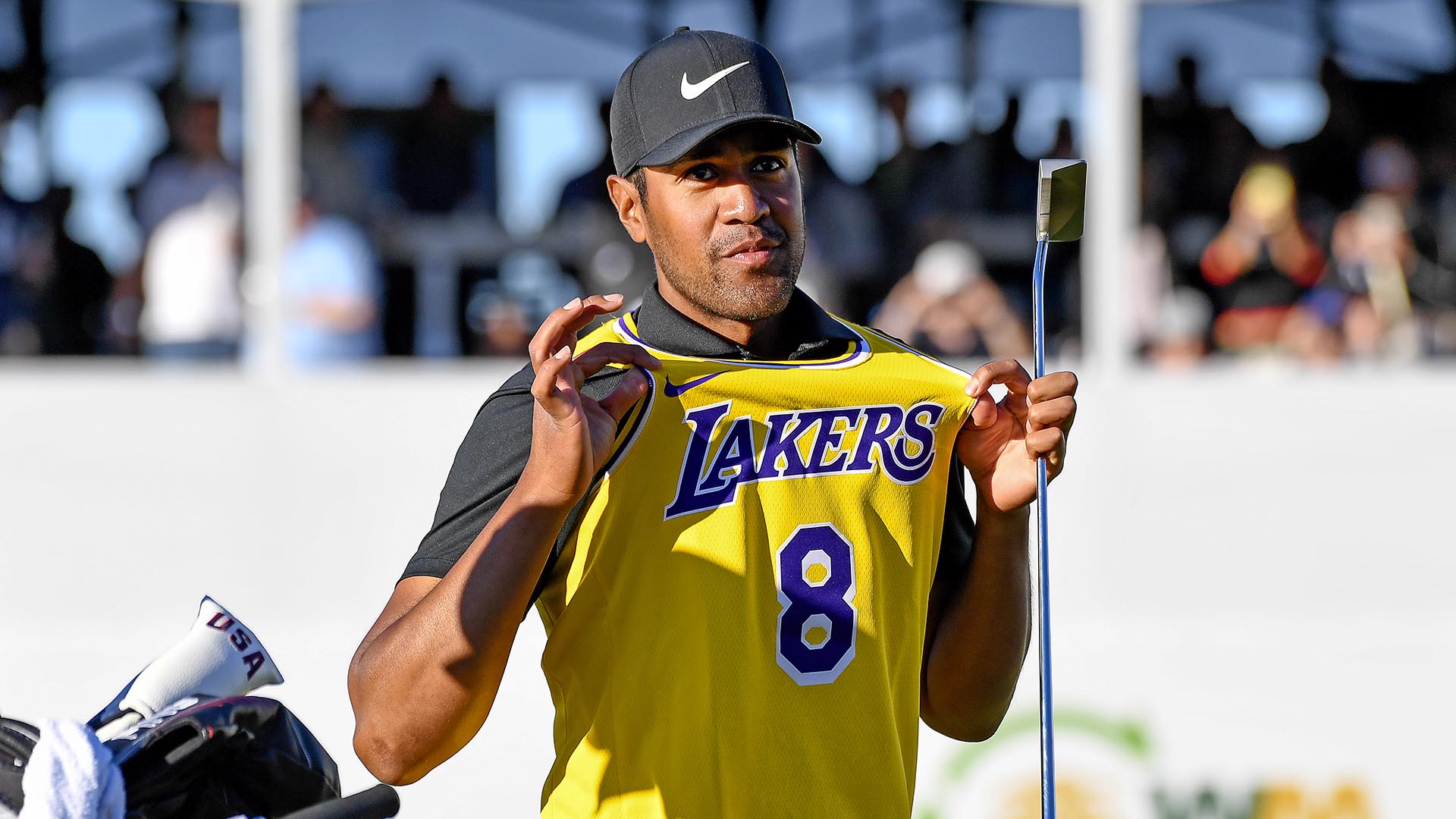 SCOTTSDALE, Ariz. – Even once the tournament got underway, the tributes to the late Kobe Bryant continued at the Waste Management Phoenix Open.

The former NBA star was one of nine people killed in a helicopter crash Sunday in California, and his death has been a constant point of discussion in the days since as the sports world continues to process the loss. Thursday at TPC Scottsdale, several players swapped out their Scotty Cameron putter covers for a purple and gold version, an homage to the colors of the Los Angeles Lakers with whom Bryant spent his entire 20-year career.

But some players took things a step further. California native Max Homa donned one of Bryant’s Lakers jerseys while he played the infamous par-3 16th hole, making par en route to a 72.

So, too, did Tony Finau, who also wore a pair of purple and gold shoes with Bryant’s two uniform numbers: 8 and 24.

“I only own one NBA jersey, so to give you an idea of how much Kobe meant to me, and just being a Laker fan in general,” Finau said after an opening-round 69. “When you think about L.A., you think about Kobe. So it was the one jersey I owned and I knew that, hey, this is the time.”

Justin Thomas sported his Bryant jersey the day prior during the pro-am, opting not for a Lakers version but one from Bryant’s high school alma mater of Lower Merion. He did the same again on Thursday.

“I’ve played a lot of golf in that, believe it or not. So it felt pretty comfortable,” Thomas said. “I felt like it was very fitting. There’s only one tournament all year you can put a jersey on and hit a swing, or hit a shot, and it just, the timing worked out to be here. So it was a no-brainer for me.” 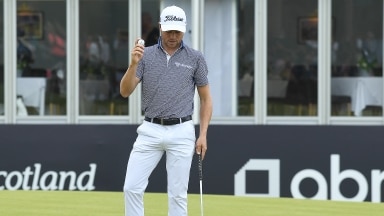 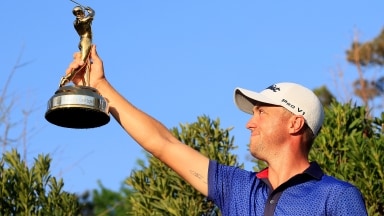 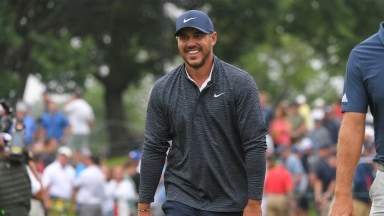 Brooks Koepka gets some cash from Justin Thomas in a friendly wager after Koepka holed out on Friday.