TT Postscript: Hey, Sam, get ready for some company at the top 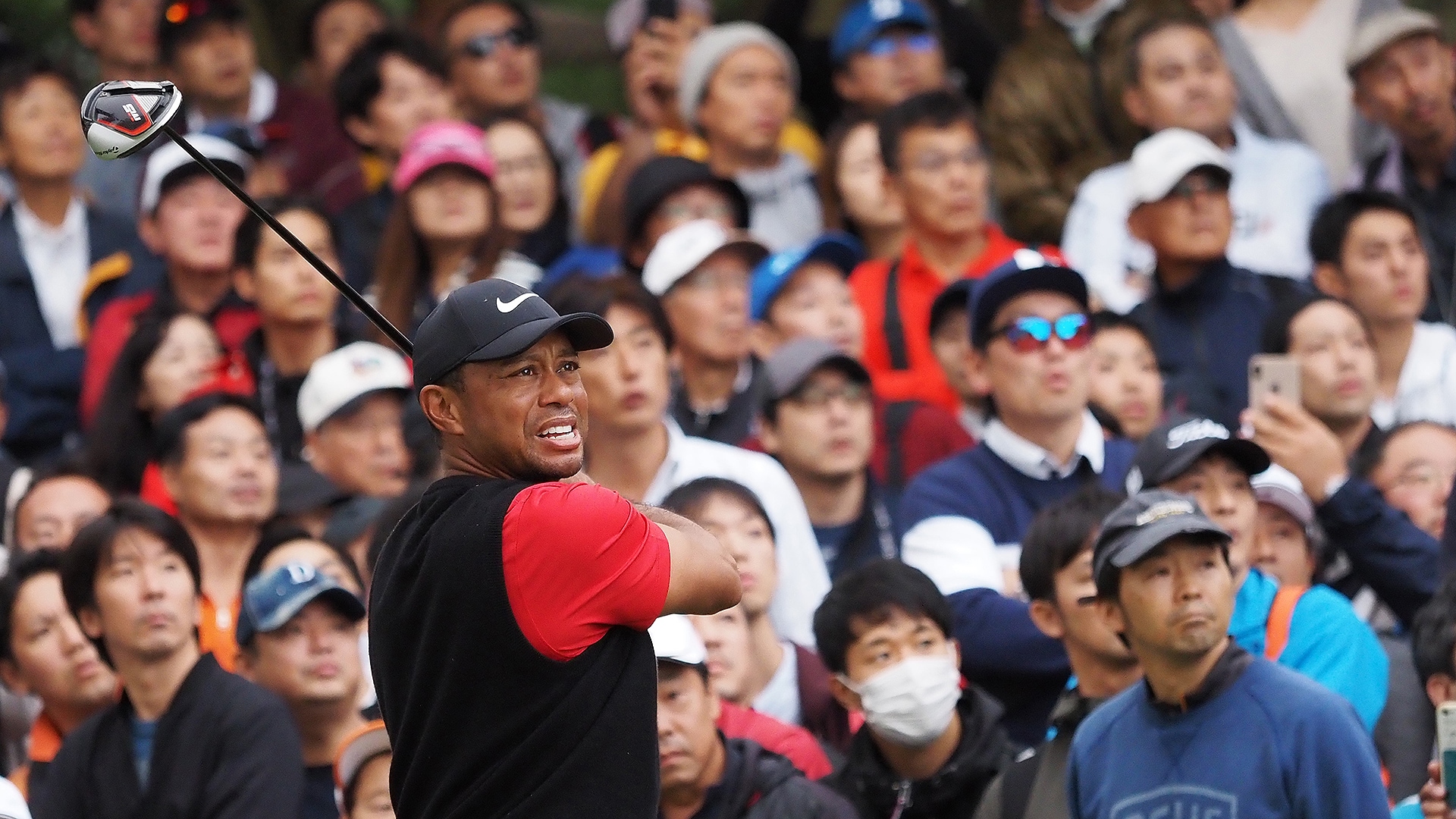 CHIBA, Japan – Tiger Woods made the most of a marathon day at the Zozo Championship, playing 29 holes in 6 under par to move to within seven holes of tying Sam Snead for the all-time PGA Tour victories record of 82.

Some news and notes from Sunday in Japan:

• With just seven holes to play Monday, history is on Tiger’s side. He’s 24-for-24 when taking at least a three-stroke lead into the final round of a Tour event (which was his margin at the Zozo) and 43-of-45 with a 54-hole outright lead.

• Following off-season knee surgery, the prospect of playing 29 holes in a single day was always going to be challenging for Tiger, but he seemed to withstand the rigors of a difficult day. “It was a long day in the saddle,” Woods said. “I felt like I played well, left a few out there.”

• Tiger continued a curious trend Sunday when he played the par 5s in 1 under par, including a bogey at the 14th hole during his third round. By comparison, he played the par 3s Sunday in 3 under par thanks to near flawless iron play.

• This week’s Zozo Championship is Tiger’s first start in a wraparound season fall event and if he goes on to victory it would be the first time he’s won his season debut since 2013 (Farmers Insurance Open).

• Tiger played his first three holes this week bogey-bogey-bogey. He played his next 62 holes in 21 under par.

• Following record crowds Sunday at Narashino Country Club officials elected for something more intimate for Monday’s conclusion. Only fans with all-week tickets or VIP ticket holders will be allowed on the course for the conclusion of the final round, which will cut the gallery from 20,000 on Sunday to about 3,000.