Watch: Daly retells story of time Tiger turned him down for a drink 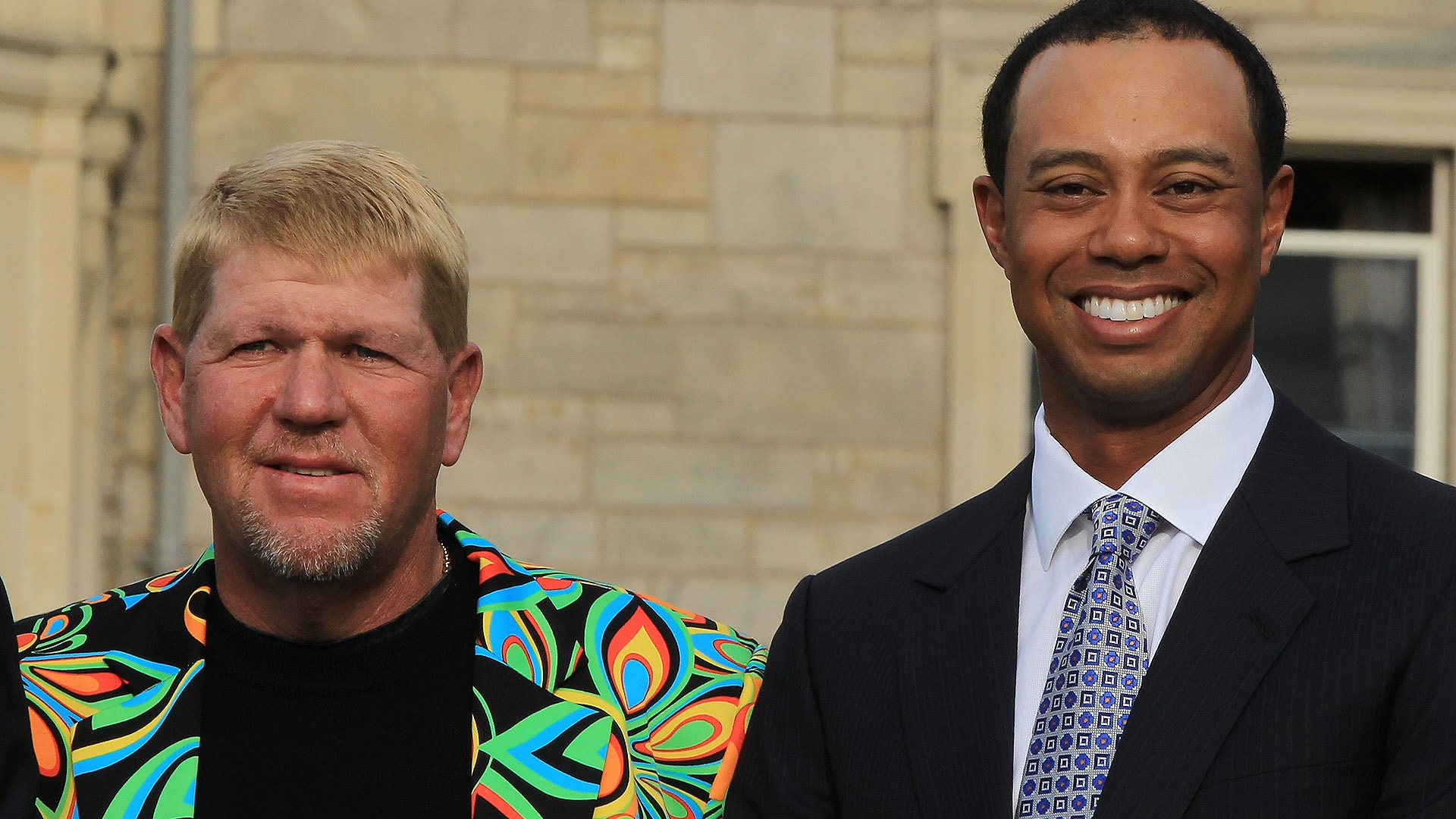 This is by no means a new story, but there's never a bad time to revisit the time Tiger Woods turned down John Daly for a drink, especially listening to Daly tell it.

Daly retold the legendary encounter again recently, saying Woods turned him down for an adult beverage not once, but twice in a span of a few hours, opting instead to hit the range and then the gym. He reportedly told Daly, "If I had your talent I’d be doing the same thing you’re doing."

According to Daly, after their very different warm-up sessions he went out and crushed Woods the next day.

However, Tiger still holds a 14-2 in the major record books.