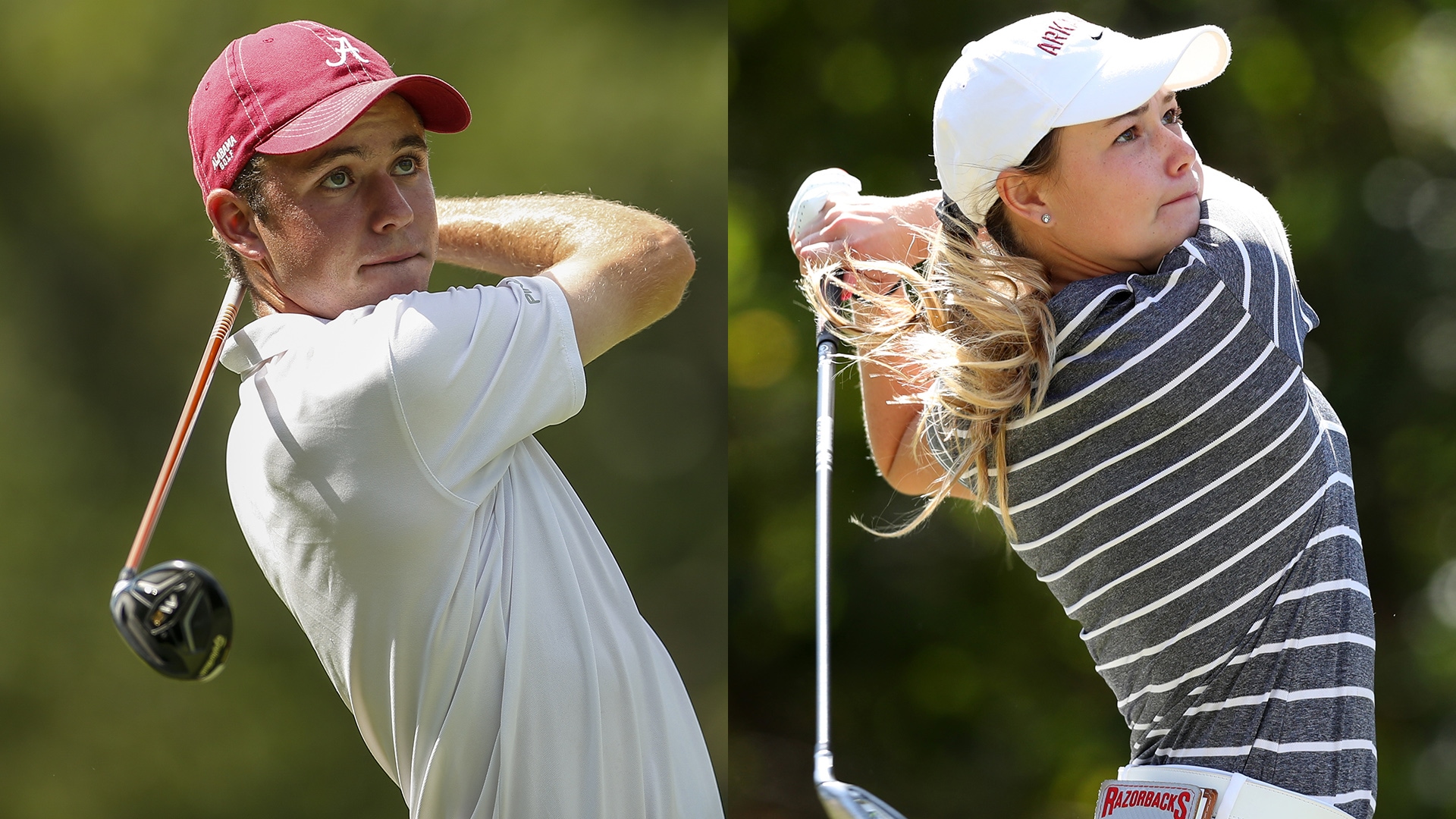 We're two rounds through the Blessings Collegiate Invitational, and here's where things stand entering Wednesday's final round in Fayetteville, Arkansas:

Men’s team leader: Alabama. The Tide have reentered the chat. Four players shot under par Tuesday as Alabama fired a 6-under 282 to take a two-shot lead over first-round leader Tennessee. Sophomore Tyler Lipscomb led the way with a 3-under 69 that pushed him into a share of 15th individual. Sophomore Thomas Ponder and senior Wilson Furr, the U.S. Amateur medalist two months ago, sit T-4 and T-9, respectively. But the big story this week has been senior Davis Shore, who has missed much of the past two seasons because of a hip injury but fired one of three 1-under 71s for Alabama in Round 2. Shore, who is T-20, had surgery in Summer 2019, missed nearly six months of action and has almost fallen outside the top 2,000 in the WAGR. He looked more like the top recruit out of Knoxville, Tennessee, on the back nine Tuesday, making four birdies, including a hole-out bunker shot on the last (playing in the same fivesome, Ponder closed with a 30-foot birdie make and Lipscomb drained a 20-footer for par at No. 18). With a healthy Shore to go along with a deep team (former AJGA All-American Canon Claycomb didn’t make the trip to Arkansas), Alabama, so far, looks to again be a national-title threat.

Men’s individual leader: Alex Goff, Kentucky. The sophomore made seven birdies in the first round, while he carried the golf bag of former teammate Cullan Brown, who died from bone cancer on Aug. 4. A day later, Goff carded nine birdies, including six in a seven-hole stretch on the front nine (his second nine), to shoot 7-under 65. At 10 under, he leads Mississippi State’s Ford Clegg by four shots.

Women’s team leader: Arkansas. It’s like the host Razorbacks have played this course dozens to hundreds of times. Paced by leader Brooks Matthews at 11 under, Arkansas sits at even par, 10 clear of LSU, after a second-round, 1-under 287. Ela Anacona chipped in with a 1-under 71 to move to T-4 while Cory Lopez is also in the top 15, at T-14.

Women’s individual leader: Matthews. The women’s individual race could be a runaway, too. The Arkansas junior made six birdies and added an eagle at the par-4 16th to shoot 6-under 66. She leads LSU standout Ingrid Lindblad by five shots entering the final round.

Shot of the day: Speaking of Shore’s closing birdie…

Chasing team to watch Wednesday: Tennessee men. The Vols, in Brennan Webb's third year as coach, have arrived. This team is deep and talented, and after winning their final event before the season was canceled last spring, the Vols took the first-round lead Monday at the Blessings. They slipped back by shooting 7 over in Round 2, but four of the five Tennessee starters have already proven this week that they can shoot even par or better. Behind No. 1 player Hunter Wolcott, who is T-4 along with teammate Bryce Lewis, the Vols are capable of completing a comeback on Wednesday.