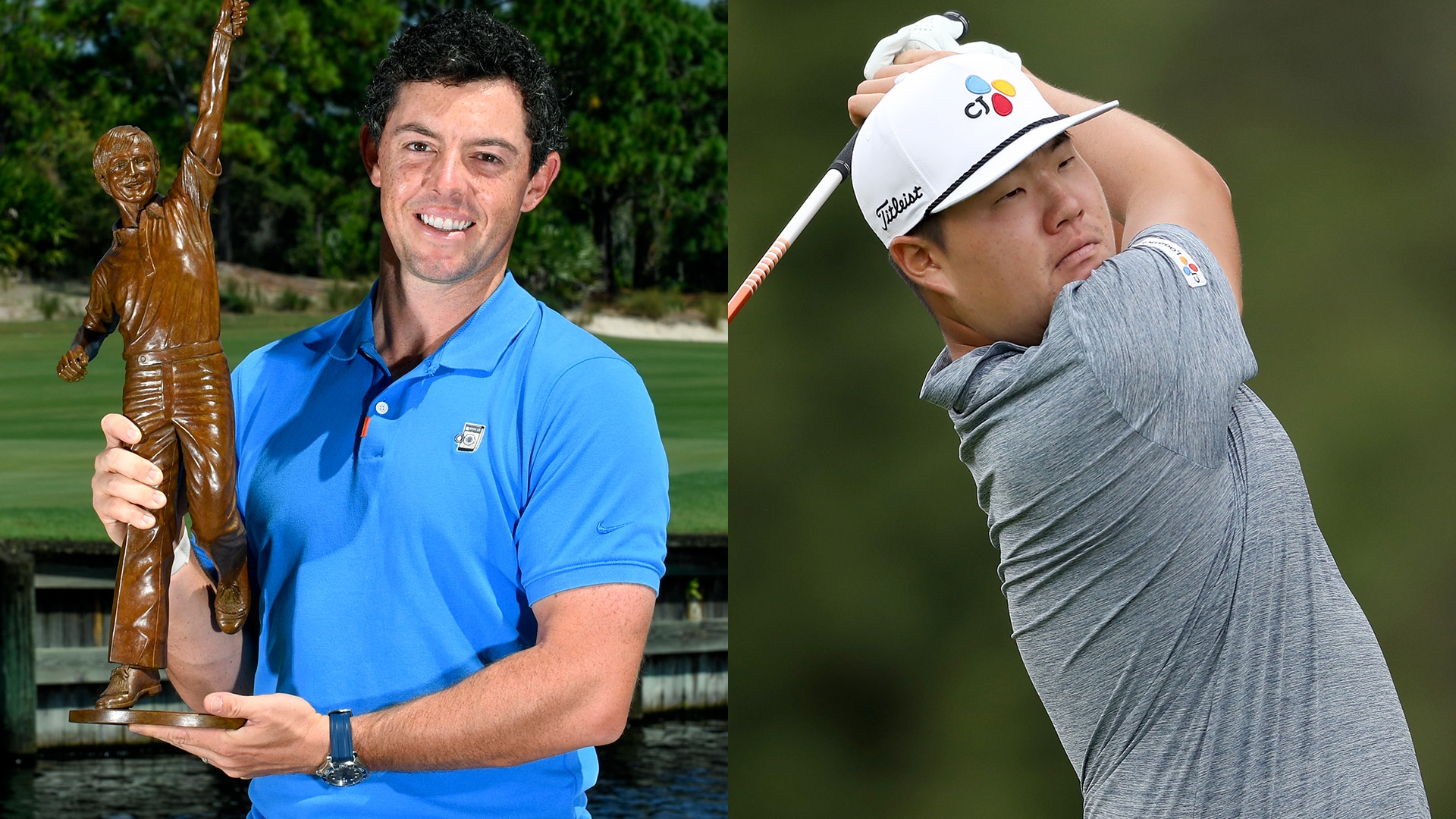 Storm relief. A sport that can often take itself too seriously and become a prisoner of arcane rules is always at its best when the need is highest, and the need for the battered Bahamas is extremely high.

In the wake of Hurricane Dorian’s destruction, the game has responded with various efforts to provide relief, including the One Bahamas fund that is being spearheaded by Tiger Woods and entertainer Justin Timberlake.

The fund has pledged $6 million in relief for the Bahamas and will match funds donated by the public with a minimum goal of $12 million earmarked for recovery.

Charity has always been a central component of every Tour event but it’s when a tragedy strikes that golf proves why it’s different.

Tweet of the week: @McIlroyRory (Rory McIlroy) “I am very proud of my consistency and success this season so it is an incredible honor to have my fellow [PGA Tour] players recognize me as the Player of the Year.

“Already looking forward to next season!”

News this week that McIlroy had won the Jack Nicklaus Award for the third time qualified as a genuine surprise in some circles considering his primary competition was Brooks Koepka, who dominated the majors with a victory and top-5 finishes in the other three stops.

But if the outcome was curious to some it did provide a testament to how important consistency is to professionals. In 19 events, McIlroy finished in the top 10 on 14 occasions and won three times, including The Players and FedExCup.

New Hope. Since 2000, the PGA Tour event in Palm Springs, Calif., has seen three sponsors come and go and has been played four times without a title sponsor.

Given this uncertain history, this week’s announcement that American Express will step in to sponsor the former Bob Hope Classic is worth celebrating. The new deal is a multi-year agreement and gives some much-needed stability to an event that has struggled for over a decade.

The challenge for officials now is turning a less-than-ideal date at the front end of the West Coast swing into a must-play stop for more of the game’s top players.

Curious play. Tiger Woods penned a captain’s blog this week in the run up to the Presidents Cup with predictable stops that addressed the current eight players who qualified for the team and the lessons learned from the U.S. loss at Royal Melbourne in 1998.

It wasn’t until the finale that the captain raised some eyebrows with his sign-off: Tiger Woods, U.S. Team Captain Playing Captain.

It’s difficult to imagine how Woods doesn’t make this year’s U.S. team as a player and his status as a playing captain would certainly elevate the profile of the event, but the timing is curious.

There are nine Tour events before Woods must name his four captain’s picks Nov. 4 and if this year’s crop of rookies is any indication there will be no shortage of potential candidates. Limiting yourself so early in the process is strategically sloppy.

MDF. The Tour adjusted the cut this season with the top 65 players and ties now advancing to the weekend, which is down from the traditional top 70 and ties that prompted the circuit to initiate the secondary cut in 2008.

Along with the new cut size, the Tour also nixed the secondary cut, and the dreaded “MDF,” but don’t expect Cut Line to make the distinction. In this space, MDF is here to stay.

Testy issue. Earlier this month the Tour unveiled a driver testing program that will begin this season to help monitor what officials call “creep” in driver faces.

Drivers that conform to the CT (characteristic time) test, which uses a pendulum to measure the amount of microseconds a metal ball is in contact with the face when it’s swung against it, when they are given to a player can become non-conforming over repeated use.

The new testing program attempts to keep pace with these ambiguous results by categorizing them as green (conforming), yellow (close to non-conforming) and red (non-conforming).

The categories are an attempt by the Tour to dull the blurry edges of driver testing but as one Tour type explained to Cut Line this week, “it’s going to be a problem if they can’t tell you exactly if a club is conforming or not. Just tell us yes or no.”

Hey, rook. McIlroy’s victory in the Player-of-the-Year race drew all the attention, and commentary, but the Rookie of the Year Award may have been the bigger surprise.

Sungjae Im was the only rookie to earn a spot at the Tour Championship and won the Arnold Palmer Award. Like McIlroy, Im seemed to tap into a level of consistency that the voting members appreciate with a victory and 16 top-25 finishes in 35 events.

That both Morikawa and Wolff also earned their Tour cards in that abbreviated window is even more impressive, but just not impressive enough to catch the attention of the Rookie of the Year Award voters.