Rosaforte Report: The rise and rise of the Brothers Molinari 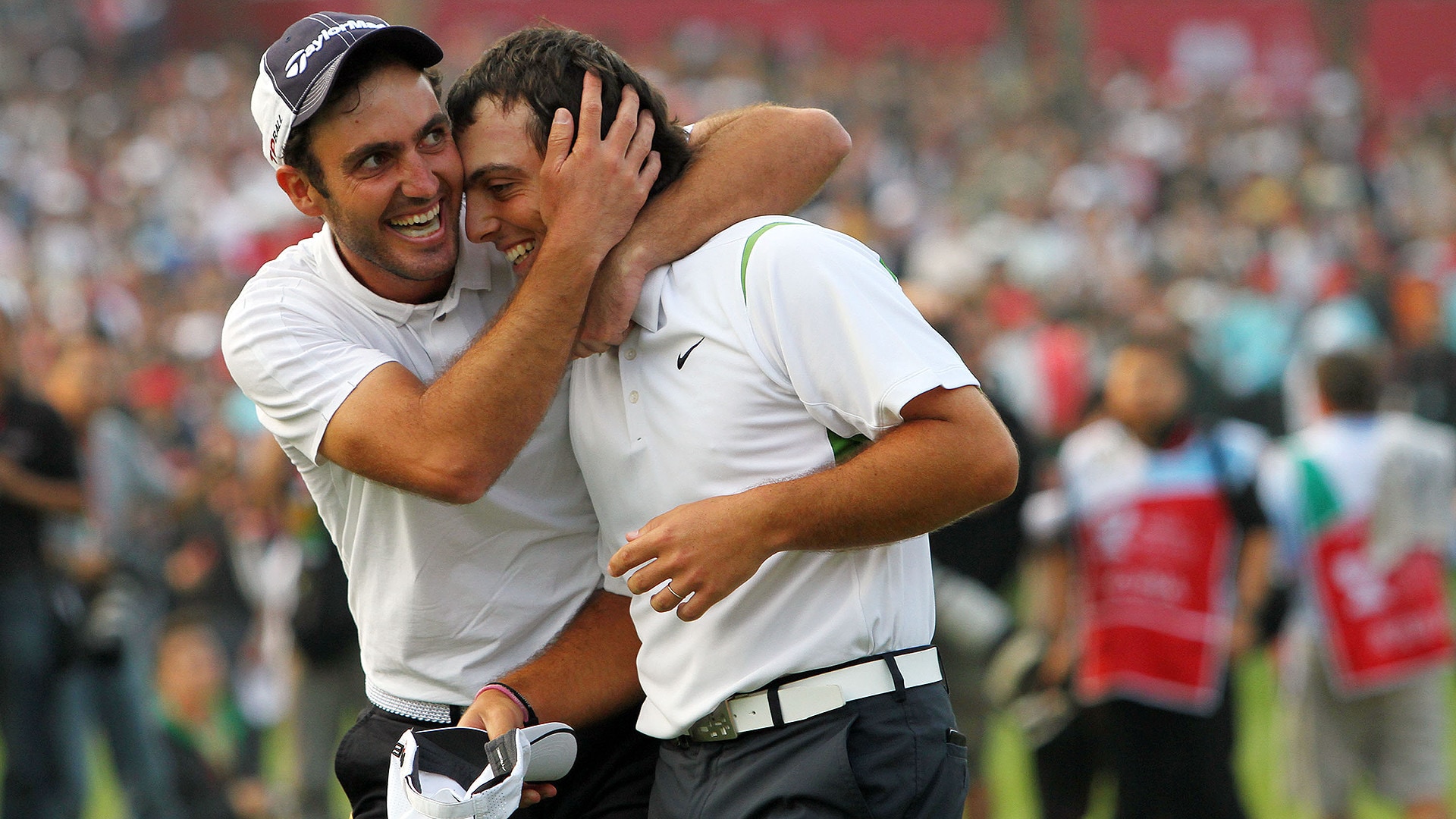 Nobody ever imagined that Paolo Molinari and his wife, Micaela, would one day raise a U.S. Amateur champion and an Open champion under the same roof. “It’s incredible where they led us,” says Francesco, the Champion Golfer of the Year.

Incredible in the sense that Italy had never produced a major champion until Francesco came along to win the 147th Open Championship. Incredible that his brother was the first player from continental Europe to win the U.S. Amateur, as Edoardo did with a putting exhibition in 2005 at Merion. “They never pushed us to play golf, never forced anything,” says 37-year-old Edoardo.

Older by 21 months, Edoardo was a total opposite to Francesco in personality, body types and playing traits.

We wonder if Paolo and Micaela Molinari ever dreamed these two would grow up to be SO good at golf? pic.twitter.com/yZ8eIA1Hyw

“It was funny how growing up we had different games,” the 35-year-old Francesco explained when we caught up before the WGC-Bridgestone Invitational. “I was much more accurate and straight in tee shots and shots to the greens. He was a bit wild, but his short game was incredible. I don’t know how that happened growing up in the same environment with the same teacher. Maybe it was the way we saw the game.”

Paolo, a dentist, and Micaela, an architect, set up golf lessons with Sergio Bertaina, the revered pro at Circolo Golf Torino. But they never saw their sons as golf pros; not when they were just as passionate competing against one another in football, swimming, track and field, skiing and table tennis. “Loads and loads of sports,” Francesco says today.

But golf was a big part of it, with the boys playing matches together in chipping, putting and long-drive competitions. There was never an indication of a sibling rivalry or jealousy between them. Micaela has said she doesn't remember them ever fighting.

“Whatever it was, we spent time together competing against each other,’’ remembers Eduardo. “We had a bit of a rivalry, but in our relationship growing up we’ve always been close together and it’s been the same forever.’’ 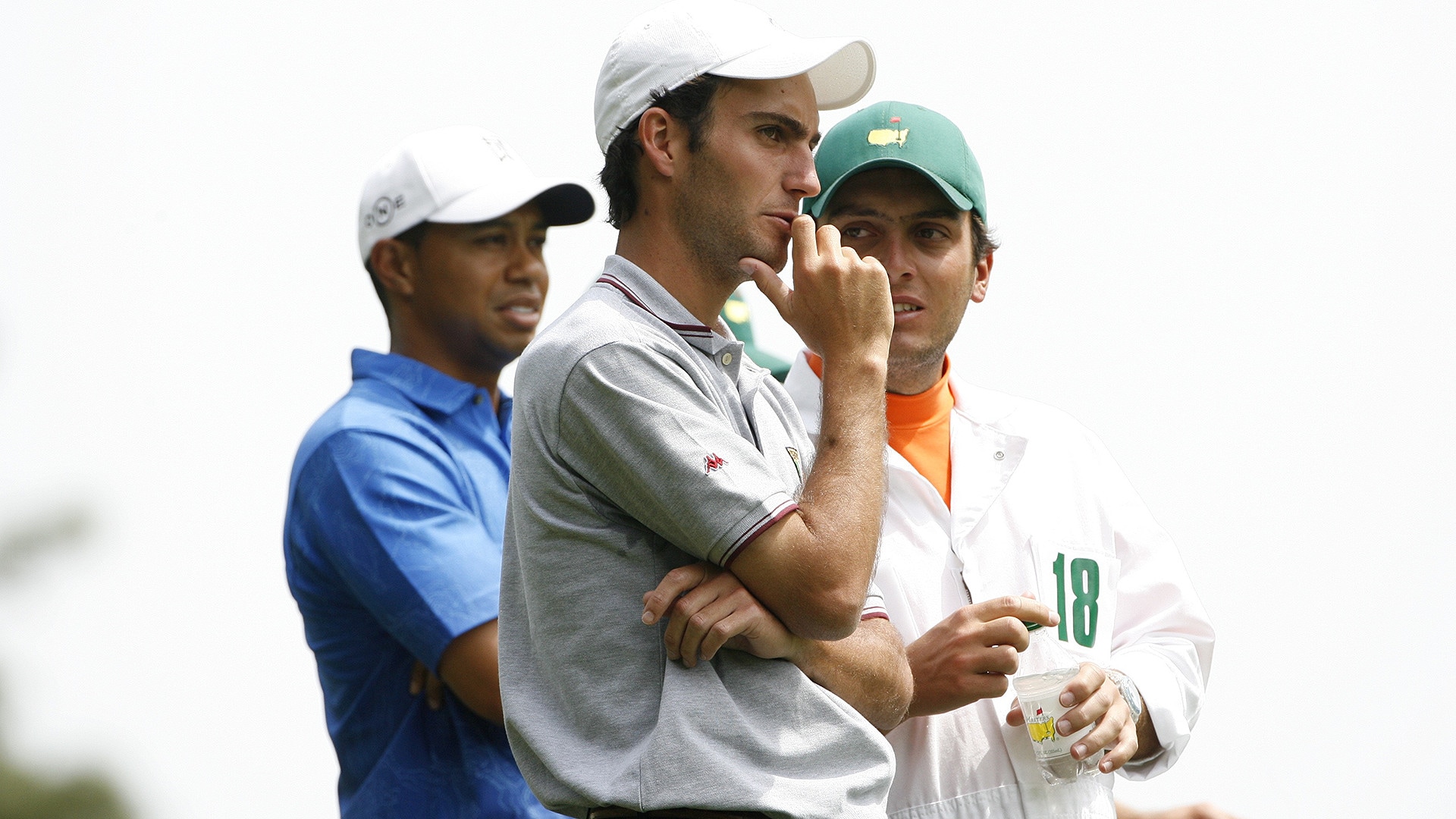 Those competitions made them friends for life. So when it was time to pick a caddie for the 2006 Masters – one of Edoardo’s perks for winning the U.S. Amateur – there was no question that Francesco would get the call. As is Masters tradition, the reigning Amateur champion was paired with the tournament’s defending champion for the first two rounds … Tiger Woods.

Francesco called it “an occasion for both of us” on many levels. “When you come from Italy,” he said, “it seemed impossible to get all the way there.”

As fate would have it, 12 years later at Carnoustie, Francesco was given his chance to go all the way there and become a national hero. Watching at home in Turin with his wife and baby daughter, Edoardo was not worried. While he wasn’t acknowledged as the best pure putter in the family, Francesco had a history of making clutch putts. Whether it was in putting contests with Edoardo at their home club, or the final hole of a pivotal Ryder Cup four-ball match in 2010 with Edoardo as his partner, Francesco would come up big.

No bogeys in the closing 37 holes of an Open at Carnoustie to put his name on the claret jug was certifiably the biggest of those moments.

“I’ve seen it since we’ve been kids,” Edoardo said when we caught up last week. “It doesn’t matter who he’s playing against. I just figured he would keep on doing what he’s been doing for years and he would be fine.”

Edoardo competed in Germany the week after The Open, while his brother was enjoying a well-earned respite. The response the elder Molinari received was overwhelming. "There were countless players saying they were glad Franceco won," Edoardo said. "He's so well behaved, so professional. He deserved it. That makes me very proud."

Before Carnoustie, the biggest putt in Francesco’s life was arguably the one he made in the 2010 Ryder Cup in four-balls against Matt Kuchar and Stewart Cink. Since it represented a pivotal half point, and was the last match being played that day, both teams congregated around the 18th green.

Edoardo, who made a 4-footer to clinch the World Cup for the Molinaro brothers in 2009, had a 10-foot putt for birdie to win the hole and halve the game. Francesco had a 4-foot putt with the same repercussions. Edoardo asked him, “Do you want to go first or do you want me to go first and use me as a back up?” Francesco responded, “You go first and eventually I’ll make mine. That’s what happened. 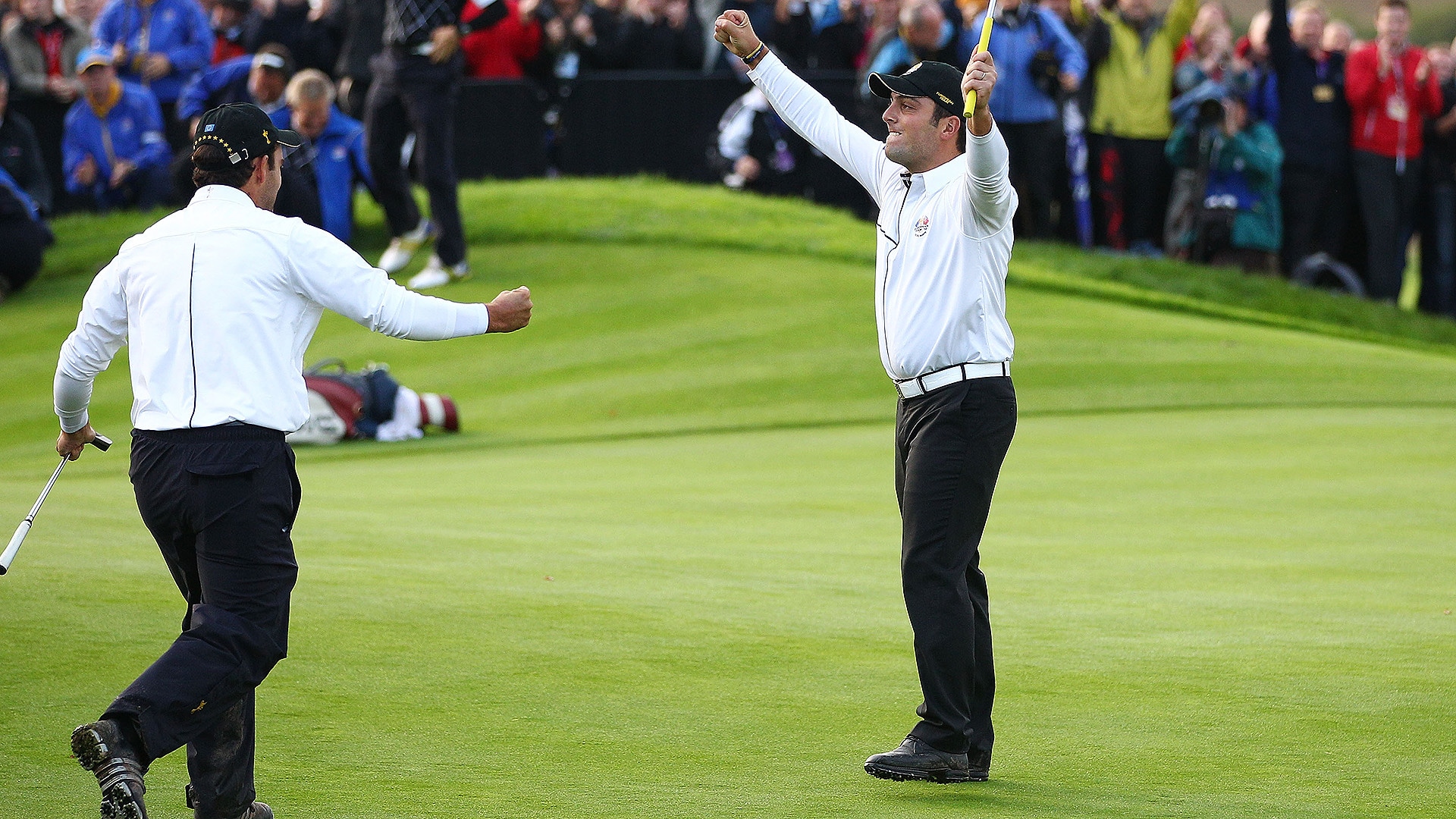 The backstory is that on the way to the team room to celebrate, Francesco said to Edoardo, “I was hoping you were going to make your putt, so I didn’t have to make mine!”

They can laugh about it now, but Francesco’s confidence on the greens has grown dramatically since that day at Celtic Manor. Since working with putting coach Phil Kenyon at the Arnold Palmer Invitational, he has won three times and finished second twice. There’s no reason for that to change going forward, whether it’s this week’s PGA Championship at Bellerive, the FedExCup playoffs or the Ryder Cup in France.

Not with Francesco adopting one of Francesco’s most valuable traits.