Rant: Tiger vs. Phil about more than $10 million winner 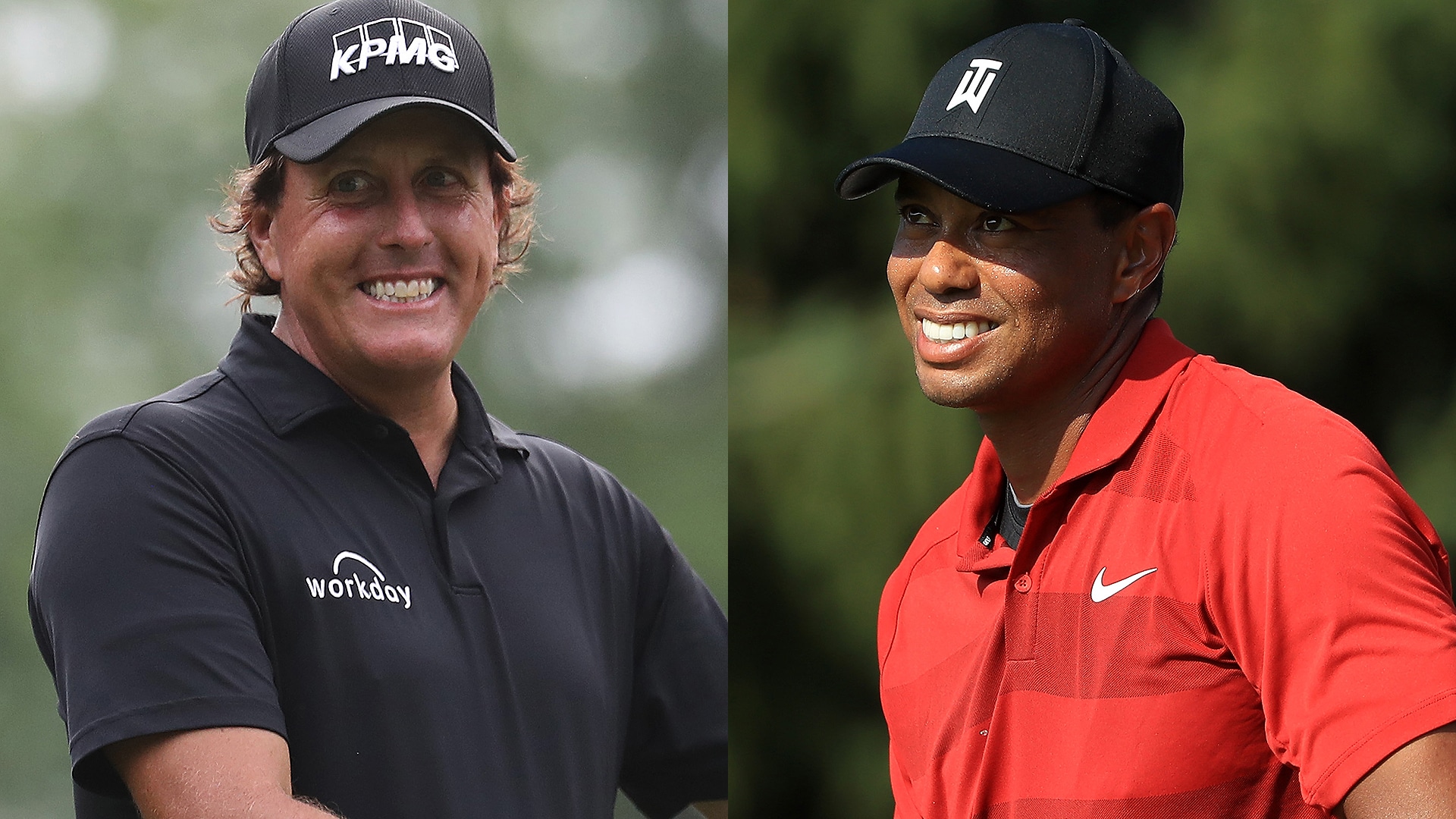 Tiger Woods vs. Phil Mickelson is meaningless as an exhibition.

The outcome won’t matter, and the competition won’t be remembered in any meaningful sense, unless the $10 million they’re reportedly going to play for is their own money, and that won’t happen.

At its best, as merely an exhibition match, Tiger vs. Phil shapes up as light fare, junk food calories for serious golf fans. It’s fleeting entertainment that might even prove anticlimactic, if one of these guys is having a bad day, unless Lefty gets frustrated and starts stickhandling putts toward the hole. If one of these guys is off his game, there won’t be any other pairings to cut to when a blowout unfolds.

Really, Tiger vs. Phil will be nothing more than a TV show, but that’s where the great promise in this matchup lies.

It could be one hell of a TV show if it’s packaged the right way.

There is so much we still want to know about these two mega stars, about their history together, about what divided them for most of their career, and what brought them together.

There is a lot we want to know about what makes them different, and what may make them more similar than we ever realized.

There is still a lot we want to know about them as individuals, too, especially Tiger’s softening, his hard life lessons and his willingness to open up more to today’s players.

While Mickelson has leaked some of the details of this made for TV matchup, no official announcement has been made. When Golf.com’s Alan Shipnuck initially broke the news, he reported that Shadow Creek in Las Vegas would likely be the first host site in what could be a series of matches. No other details - like what competitive format will be used, and who’s going to broadcast the match - have yet to be released.

Regardless, this is best executed as a TV show, where a man-to-man showdown leaves lots of time for vignettes, pre-recorded segments unveiling stories we haven’t heard before.

You can’t script tournament golf, but you can script the storytelling between shot making in more riveting, chapter-like fashion in an exhibition like this. There’s terrific potential to enlighten in the time between shots.

Apologies to Joey LaCava and Tim Mickelson, but a couple talented producers are more important to the success of this exhibition than a couple of caddies.

Here’s hoping the match’s storytelling opportunities will be more than puffy promotional/marketing blitzes for Woods and Mickelson. Here’s hoping these players see the benefit of providing insight that sharpen or deepen our understanding of who they are and what shaped them.

This ought to be the Tiger and Phil Show in more than a pure golf sense. If it turns out to be a dramatic match, all the better, but we’re still more likely to remember what we learn about these guys between shots than we will remember shots themselves.

As TV shows go, here some ideas to shape scripts around:

Yeah, before we can fully appreciate the bond these two warriors appear to be forging in their realm today, let’s revisit the conflicts overcome, whatever it was that made them look so frosty as partners in Friday fourballs and foursomes at the 2004 Ryder Cup. Let’s understand what made Woods and Mickelson look like snowmen standing next to each other on the tees that year.

We’ve heard how being a part of the ranks of so many American teams eventually helped bring them together, but let’s hear how the ice started to melt, the stories of how they began to connect in ways that led to a more empathetic understanding of each other.

Mickelson has talked about how hiring Butch Harmon as his swing coach helped him compete better against Woods, how Harmon shared some of Woods’ tricks, from gamesmanship to other intimidating tactics. While Woods and Mickelson never dueled on the back nine late in a Sunday major with the title on the line, Woods and Mickelson had some showdowns. Let’s hear some of the war stories from their head-to-head duels.

These guys have each endured hardships, hard times where they reached out to each other. Let’s hear how these difficulties changed the way they thought about each other and treated each other.

You wonder why Woods would agree to sharing a stage like this with Mickelson, bringing him on as his equal, because it’s got to be more than the $10 million payday. Sure, there are promotional reasons, keeping the Tiger brand vibrant, continuing to tell his story to a new generation, but there’s something personal in this partnership that wasn’t there early in his career.

If the Tiger vs. Phil TV show delivers these insights, I don’t care who wins. We’ll all win getting to know these stars better.