Jordan to serve as advisor at hometown Ryder Cup 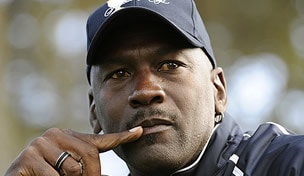 Getty Images
AUGUSTA, GA - APRIL 07: Y.E. Yang of South Korea evaluates his shot from the rough on the 17th hole during the first round of the 2011 Masters Tournament at Augusta National Golf Club on April 7, 2011 in Augusta, Georgia. (Photo by Harry How/Getty Images)  -

Captain Davis Love III is turning to a Chicago icon to help the United States win back the Ryder Cup.

Six-time NBA champion Michael Jordan, who has previously served as an assistant captain for Fred Couples at the Presidents Cup, will be used as both an advisor and motivator at this month’s Ryder Cup at Medinah, Love revealed earlier this week.

“I’ve talked to him. Michael’s going to be hanging around with Fred probably a lot and be an influence,” Love said, according to The Guardian. “I told Michael this a couple weeks ago. One of the neatest things I ever saw in the Ryder Cup was Michael riding in a golf cart with Tom Kite. He came out to watch Freddie and I play, and I thought that was one of the coolest things. 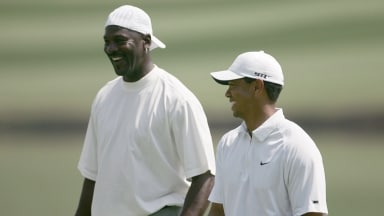