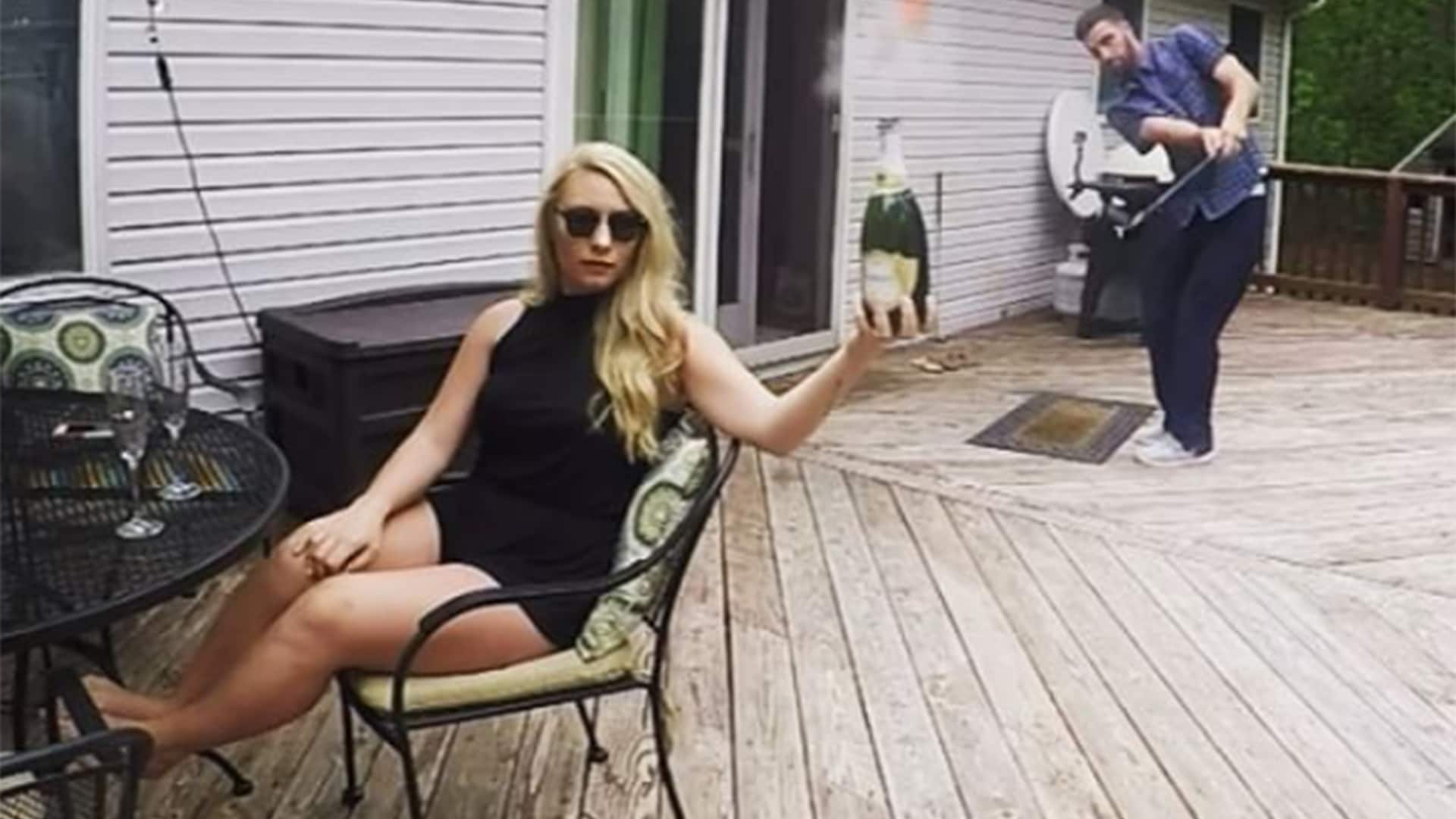 People have been popping bottles of champagne since champagne was invented.

But in the year 2016, one bro and his significant other have flipped the bottle-popping game on its head, opening champagne with a golf trick shot in the latest viral video that has the Internet buzzing.

Is it possible this is fake? Anything's possible, just ask Kevin Garnett.

But we're going to give this guy the benefit of the doubt in this instance, considering he has an entire Instagram page dedicated to trick shots and we've brought you his wizardry in the past.

Also, it would be remiss of us to not give a special shoutout to the champagne holder in the video. She may be the bravest trick-shot participant since David Feherty let John Daly use his mouth as a tee.