Creamer back to work after wedding, honeymoon 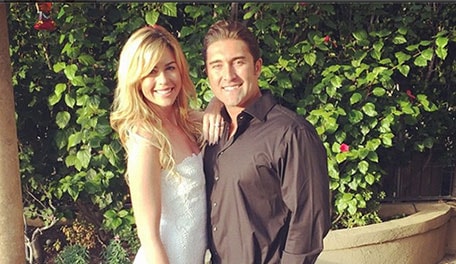 The adventure careens back to a familiar landscape for Paula Creamer next week with the LPGA season beginning in Ocala, Fla.

You thought that twisting, turning monster of a putt that won her the HSBC Women’s Champions in a playoff in Singapore was a thrilling turn last year for the 10-time LPGA winner? You don’t know the half of it. You should have seen her shooting the whitewater rapids on the Wairoa River in New Zealand a month ago.

The river pushes wildly through narrow, boulder-choked gorges, roaring toward Grade 5 rapids, some of the most harrowing whitewater experiences on the planet.

Apparently, this is Creamer’s idea of “settling down.” After her marriage to Derek Heath before Christmas, the couple whisked away to Bora Bora and then New Zealand on their honeymoon. The whitewater rapids experience was on Creamer’s bucket list of adventures to tackle in life. She wondered exactly why when the raft flipped, catapulting her and Derek into the swirling water.

“We didn’t even get to the Grade 5 rapids,” Creamer said. “We flipped on a Grade 3. Straight under water, under the boat. It was beyond terrifying, but we survived.”

Though they flipped 20 minutes into the trip, Creamer, Heath and their crew got back in their raft and braved on through the Grade 5s on an unforgettable two-hour adventure.

“I’ve checked it off my bucket list, and I won’t be doing it again anytime soon,” Creamer said.

The adventurous side trip on the honeymoon shouldn’t have surprised anyone who follows the couple. Creamer leaped out of an airplane and was skydiving when Heath proposed to her in a most unusual manner a year ago. He had the words “Paula, Marry Me?” arranged on the landing area below.

Creamer and Heath were married on Dec. 13 at Isleworth, where they make their home in Windermere, Fla. Morgan Pressel was the matron of honor with Creamer’s caddie, Colin Cann, serving as her special man of honor. Creamer’s long-time manager, Jay Burton, played Pacelbel ‘s Canon in D on the piano with a cello, flute and violin trio during the ceremony. The couple’s first dance at the reception was to Dara Maclean’s “Yours Forever.”

“It was a perfect day, everything I imagined and more,” Creamer said.

With the honeymoon behind her, with a new chapter unfolding in her life, Creamer, 28, is eager to get back to navigating the rough waters of professional golf.

Last year was full of thrills and spills on the course for Creamer, too. She rode exhilarating highs, and some maddening lows. She won for the first time in almost four years, since her U.S. Women’s Open victory at Oakmont. She did so in dramatic fashion, holing a 75-foot eagle putt to defeat Azahara Munoz in a playoff. It was part of a strong start to 2014. She had that victory and two T-3s among her first four tournaments.

After that sizzling start, Creamer struggled to get into contention the rest of the year, with just one other top-10. Ultimately, she finished 22nd on the money list, her lowest ranking in 10 seasons on tour. She saw her impressive streak of made cuts end at 82 when she missed the cut at Kingsmill. She also missed the cut in a major for the first time as a pro when she didn’t make the weekend at the LPGA Championship. Her iron play, which consistently ranks with the best on tour, wasn’t as sharp. Her first eight seasons, she never finished worse than seventh hitting greens in regulation. She sagged to 51st last year.

All of this led to Creamer slipping to No. 20 in the Rolex Women’s World Rankings, her lowest position since the Rolex rankings made their debut in 2006.

All of this highly motivates Creamer, who, obviously, had a lot on her mind with the December wedding.

“I started the year so strong, and I’m incredibly disappointed,” Creamer said. “But, I have to cut myself some slack. That’s hard for me to do, but getting married is a huge part of somebody’s life.”

“When you’re trying to improve one area, you can sacrifice another,” Whelan said. “It was always a gamble.”

Whelan believes the swings are coming together, where Creamer can get more distance with her driver and still consistently knock down flagsticks with her iron play.

Creamer, who is also adopting a new left-hand-low putting stroke, is eager to get the new season started.

“I’m ready,” Creamer said. “Because of the wedding and honeymoon, I’ve had to crunch time these last couple weeks, but I knew that was going to happen. I’ve been working really hard. My days have been longer than they’ve had to be in a normal offseason.”

Creamer went three weeks without touching a club through the wedding and honeymoon. After teeing it up at the Coates Golf Championship next week, she’ll play again the following week at the Pure Silk Bahamas Classic. Though she won’t play the Women’s Australian Open to start the first overseas swing, she plans to play a busy early schedule.

If you’re wondering how marriage will affect Creamer, she has strong feelings about it. She believes it will make her a better player. She says Derek’s support is added strength. A former Air Force pilot, he was recently hired to fly for United Airlines. He’s in flight training.

“I do have so much I want to achieve,” Creamer said. “When I got back from the honeymoon, I was so excited. Talking to Derek, coming up with my goals this year, I’m definitely determined.”

Creamer said her goals include focusing on major championships, making this year’s U.S. Solheim Cup team and moving her world ranking back up. She’s also looking ahead to golf’s return to the Olympics in 2016.

She wants to represent the United States at Rio de Janeiro. To assure that, she needs to be among the top two Americans in the world rankings, though she can also make it by ranking among the top 15 in the world, as long as there aren’t four other Americans ahead of her.

“I want to do well in the majors” Creamer said. “That’s what I really want to focus on. When I’ve done that in the past, my game, all in all, is very solid.”