Another attendance record in Phoenix 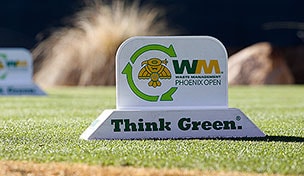 The tournament annually outdraws all others on the schedule, but the numbers are growing even larger this week.

For a second straight day, the event announced a record crowd, with 179,022 fans attending the third round on Saturday. The paying attendance was 121,901 one day earlier.

So far this week, attendance has reached 467,030. The tournament will break the 2008 attendance record if it it receives 71,327 for Sunday’s final round.