Howell, Stenson face last chance to get into Masters 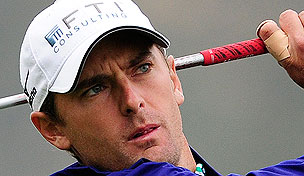 WINDERMERE, Fla. – This is the final week for players to qualify for the Masters via the Official World Ranking, a cutoff that couldn’t come soon enough for Charles Howell III.

Born and raised in Augusta, Ga., Howell has played the Masters only once since 2009. He finds himself at No. 57 in the world rankings and likely in need of at least a top-5 finish at this week’s Shell Houston Open to earn a spot in the year’s first major (top 50 in OWGR qualify).

“I’ve obviously got to get in there somehow,” he said Tuesday. “I know it’s going to be a tough task ahead of me, but in a way I’m glad it’ll be over with. I’ve thought about it all year and this is the last event. As excited as I am to play, I’m glad to get it over with.”

Howell began this year outside the top 100 in the OWGR, but ran off three consecutive top-10 finishes to begin the season. He has had a few chances to pick up some valuable points in recent weeks, but was hurt by a Sunday 78 at the Honda Classic and 73-75 at this past week’s Arnold Palmer Invitational.

“Once the Tour turns to Florida, Augusta starts to get on peoples’ mind,” he said. “I don’t know how not to try hard, but at the same time I know it takes good golf to go do it. I know I’ve got to finish top four, maybe top five. At least I know what’s ahead of me.”

So does Henrik Stenson, who is No. 53 in the world. The Swede tied for eighth at Bay Hill and now needs a “solid week rather than a really, really good week in Houston,” he said. He has top-25 finishes in his only two starts at Redstone, in 2012 and ’09.

After winning in South Africa in November – and jumping from No. 113 to No. 71 in the world – Stenson has set his sights on the top 50. Not just to get into the Masters field, he said, but to “get a decent schedule for myself.”

“If I’m outside the top 50, I have to do a lot of traveling and that really tires you out,” he said. “I’m looking forward to the rest of the year. I’m playing better and better.”