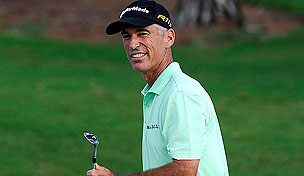 BOCA RATON, Fla. – Corey Pavin never thought it would take him more than two seasons to get his first victory on the Champions Tour at last year's Allianz Championship.

It took a little magic for Pavin to break his 5 1/2-year winless streak, and he remembers it well heading into Friday's first round.

Having rallied from a three-shot deficit to leader Mark Calcavecchia early on the back nine into a tie with five holes left, Pavin faced a dilemma on the par-3 14th hole at Broken Sound when his tee shot rolled over the green and into a hole in a hazard.

Pavin had two options: Take a drop and know he was likely looking at a bogey or a double bogey to fall out of the lead, or try and hit the shot by turning over his 8-iron and hitting it left-handed. He chose the riskier play.

It worked. Somehow he hit the ball cleanly left-handed and it bounced up and rolled 5 feet from the cup, where he saved par. The shot proved critical as Pavin eventually won with a 15-foot birdie putt on the first playoff hole to defeat Peter Senior.

''That was a one-in-a-million shot, probably the best up-and-down of my career,'' said Pavin, whose shot was deemed the tops on the Champions Tour last season. ''It was kind of a miracle, but my hand was forced to try it because I was tied for the lead. There were all sorts of things that could have gone wrong with that shot, but fortunately it turned out well.''

The victory came in Pavin's 35th start on the Champion Tour. His last win had come 122 tournaments ago in the 2006 U.S. Bank Championship in Milwaukee.

''It was obviously nice to get the victory,'' said Pavin, who won 15 times on the PGA Tour, highlighted by the 1995 U.S. Open. ''It took a little longer than I thought it would. But sometimes, the longer you wait, the more it means to you.'' 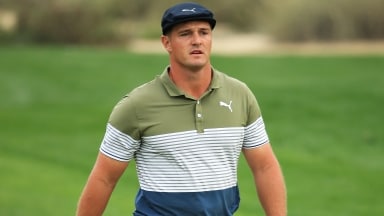 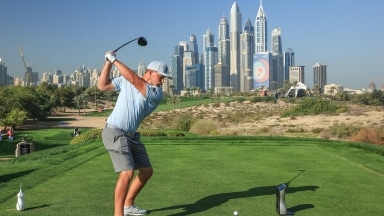 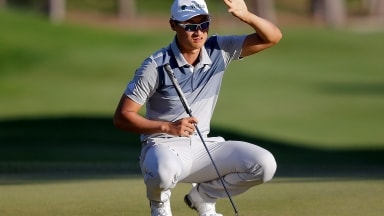