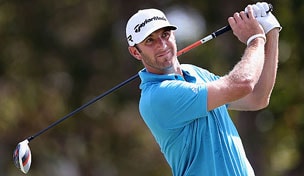 Still struggling to find his form after a season-opening win at Kapalua, Dustin Johnson added his name to the list for next week's Honda Classic just before the deadline Friday, further bolstering the event's already strong field.

Four of the top six players in the most recent world ranking will have a tee time next week at PGA National, including No. 1 Rory McIlroy and No. 2 Tiger Woods. At No. 18 in the latest rankings, Johnson becomes the seventh player currently inside the top 20 to commit, marking a strong turnaround for an event that spent many years in the shadow of Doral and Bay Hill during the Tour's annual Florida Swing.

After winning his first start of the year in Maui, Johnson has since fallen on hard times. Four subsequent stroke-play starts included two missed cuts, a withdrawal at the Sony Open and a T-51 finish at Torrey Pines. This week, Johnson was knocked out by Alexander Noren in the first round at Dove Mountain, 6 and 4, during a match in which he failed to win a single hole.

Other top-ranked players set to tee it it up next week in Palm Beach Gardens include Louis Oosthuizen, Justin Rose, Charl Schwartzel, Keegan Bradley, Ernie Els and Rickie Fowler. Including McIlroy and Woods, the group mentioned likely has plenty of time to prepare for the 'Bear Trap,' as each was ousted in either the first or second round at this week's WGC-Accenture Match Play Championship.