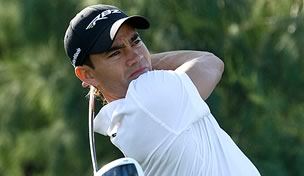 This week the PGA Tour heads to Memphis for the FedEx St. Jude Classic, as players have one final opportunity to test their game before many will head to Olympic next week for the U.S. Open. A playoff has been required to crown a winner each of the past two years, and players will need to go low along TPC Southwind to have a chance at the title. With that in mind, here is a look inside the numbers to see which players may contend for the title(s) and help your Golf Channel Fantasy Challenge team in the process:

• Undoubtedly the hottest player in this week's field is Zach Johnson. Coming off a win at Colonial, the former Masters champion also has runner-up finishes this year at The Players and RBC Heritage. Johnson has finished no worse than T-32 in three career starts at TPC Southwind, including a T-5 finish in 2006. He will look to rely on the putter as he did in his last start, leading the field in putts per round en route to his victory in Fort Worth.

• Few players in this week's field have as much experience at TPC Southwind as Bob Estes. Estes is making his 24th start in this tournament, boasting six top-10 finishes here in addition to his victory in 2001. Carrying a bit of momentum having survived his U.S. Open sectional qualifier on Monday, Estes may be a veteran to keep an eye on. He currently ranks eighth on Tour in three-putt avoidance and 15th in scrambling.

• Robert Karlsson will look to get his 2012 season on track at a venue where he has had a pair of near-misses. A playoff runner-up here in both 2010 and 2011, Karlsson has shot in the 60s in each of eight competitive rounds here. He will need to straighten out his game to continue that streak though - the Swede has only one stroke play finish inside the top 40 this year and currently ranks outside the top 150 on Tour in driving accuracy, greens in regulation percentage and strokes gained putting.

• Like Karlsson, Camilo Villegas enters this week struggling a bit with his game, but has found recent success at TPC Southwind. Villegas has top-10 finishes here each of the last two years, and four top-20 finishes in six career starts in Memphis. He has five missed cuts on the season, though, and his T-18 finish in New Orleans marks his best showing this year.

• With one exception, Robert Allenby has put together an impressive run recently at TPC Southwind. Outside of his W/D in 2010, Allenby has finished in the top 13 each year since 2007 including a runner-up finish in 2008. In last year's event, the Aussie ranked in the top 15 in the field in driving distance, driving accuracy and greens in regulation.

Tune in to Golf Channel Thursday-Friday from 3-6PM ET for live coverage of the FedEx St. Jude Classic.