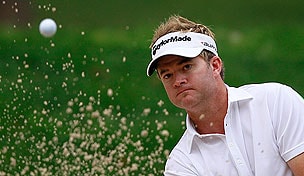 The 'Aloha Swing' continues this week with the first full-field event of 2013, the Sony Open in Hawaii. The Tour trades in the long, open Plantation Course for a shorter, more narrow track at Waialae Country Club. Accuracy will be the name of the game this week for players, many of whom will be making their first start of the season. With that in mind, here is a look inside the numbers to see which players may contend for the title and help your Golf Channel Fantasy Challenge team in the process:

• Known for having one of the game's best short games, Brian Gay will likely be a popular sleeper pick this week in Honolulu. The veteran recorded one of only three top-10 finishes in 2012 at the Sony, where his T-6 showing was his fourth consecutive top-25 result at Waialae dating back to 2009. Gay finished last year sixth on Tour in strokes gained putting and second in scrambling, the fifth straight season in which he ranked in the top 10 for the year in the latter category.

• Waialae CC is one of the few courses this year that will not demand length off the tee from those hoping to be in contention on Sunday. Four of the last six Sony Open champions averaged less than 290 yards per drive during the event, including defending champion Johnson Wagner who won by two shots last year despite ranking 78th in the field in driving distance at 276.4 yards per attempt.

• While driving distance is not a necessity at Waialae, accuracy into the greens will be imperative this week for those hoping to hoist the trophy. Since 2002, nine of 11 Sony Open winners have finished the week in the top 10 in the field in greens hit in regulation, with 6/11 champs finishing in the top five. During that stretch, the 'worst' result in the category for an eventual winner belonged to Mark Wilson, who won in 2011 despite finishing T-15 for the week in GIR percentage.

• As referenced in this week's Power Rankings, if you look up the definition of 'horses for courses' you may see a picture of Charles Howell III in Honolulu. A runner-up here last year, Howell has three top-5 finishes in his last four starts at Sony, and six such results since 2002. With over $1.8 million earned, he sits behind only former champions Ernie Els and Jerry Kelly on the event's all-time money list, and his stroke average of 67.97 is third to only Els and Tim Clark among players with more than 10 rounds played at Waialae.

• Speaking of Clark, his is another name to keep an eye on as he makes his first start of 2013. The South African was forced to miss last year's event due to injury but finished T-2 here in 2011 and possesses the accuracy to often play well on some of the Tour's tightest tracks. Last year Clark finished third on Tour in driving accuracy, fifth in GIR percentage from 150-175 yards and seventh in proximity to the hole, all skills that will be called upon this week as he aims for his fourth consecutive top-25 finish in this event.