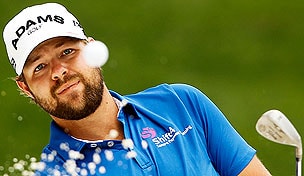 Getty Images
SILVIS, IL - JULY 12: Jason Day of Australia watches his shot on the 10th hole during the third round of the John Deere Classic at TPC Deere Run held on July 12, 2009 in Silvis, Illinois. (Photo by Michael Cohen/Getty Images)  -

This week the PGA Tour gets back into action following last week's dramatic U.S. Open. The host course is TPC River Highlands, and where par was the goal last week at Olympic, players will be looking for birdies early and often in Connecticut. Fredrik Jacobson defends his lone PGA Tour title against a field that includes each of the last three major champions - Keegan Bradley, Bubba Watson and Webb Simpson. With that in mind, here is a look inside the numbers to see which players may contend for the title and help your Golf Channel Fantasy Challenge team in the process:

• Few players enjoy TPC River Highlands more than Ryan Moore. Twice a runner-up in this event including last year, Moore has been under par in 11 of his 12 rounds here. In 2011 he played the par-4 holes a collective -9, and as he currently ranks ninth on Tour in par-4 birdie or better percentage there is reason to think he will put forth a similar performance this year. He is looking to return to the form he had earlier this season when he logged three top-10 finishes in four starts from Bay Hill to Quail Hollow.

• Newly-crowned U.S. Open champion Webb Simpson will be one of many making the cross-country trek from the Olympic Club to Hartford for this week's event. Another strong showing may be in the cards for the newest major champion; last year Simpson led the field in putts per round en route to a T-13 finish. It was the second time that Simpson had led the Travelers field in that category, and he has recorded only one round over par in four career starts.

• Patrick Cantlay will be making his first start as a professional this week at the place where he first gained notoriety a year ago. A second-round 60 vaulted Cantlay to the top of the Travelers leaderboard in 2011, and his T-24 finish was the second of four consecutive top-25 showings on Tour last summer that included the U.S. Open, AT&T National and RBC Canadian Open. The 20-year-old is coming off top-50 finishes at both the Masters and U.S. Open this year as an amateur.

• Defending champion Fredrik Jacobson continues to defy the notion that strong statistical rankings are a requirement for good performance. Despite sitting outside the top 100 on Tour in driving distance, driving accuracy, greens in regulation percentage, total driving and the all-around ranking, Jacobson notched his sixth top-20 finish of the season last week at Olympic. The Swede has now finished 19th or better in four of his last five major starts dating back to the 2011 U.S. Open at Congressional.

• Typically TPC River Highlands places a strong emphasis on putting. Four of the last five winners of this event have finished in the top eight in putts per round for the week, and you have to go back to Woody Austin in 2004 to find a winner who ranked outside the top 13 in the category. Coming off his runner-up finish at the U.S. Open, Michael Thompson is the highest-ranked putter in this week's field, currently third on Tour in total putting and fifth in strokes gained putting.

• No one has won more money at this event than Hunter Mahan. In addition to his 2007 victory, Mahan also finished runner-up in both 2006 and 2008, adding a T-4 finish in 2009 to cap an impressive four year stretch. He currently ranks third on Tour in ball-striking and eighth in par-3 performance. Nine of Mahan's 34 career Travelers Championship rounds were completed in 65 strokes or fewer.

• After two weeks off, John Huh will resume his strong rookie campaign this week in Connecticut. Huh has five top-25 finishes in his last eight starts, including a runner-up finish at the Valero Texas Open and a T-5 showing at Colonial. He currently ranks seventh in Tour in driving accuracy and eighth in total putting, a combination that could lead to yet another high finish this week at TPC River Highlands.

• Bo Van Pelt may be poised for a breakthrough result in a season full of close calls. Van Pelt has five top-10 finishes on Tour, but none higher than a T-7 showing at The Players. He currently stands fourth on Tour in strokes gained putting, fifth in total driving and sixth in the all-around ranking, and five of his last seven Travelers starts have resulted in top-25 finishes.

Tune in to Golf Channel Thursday-Friday from 3P-6P ET for live coverage of the Travelers Championship. 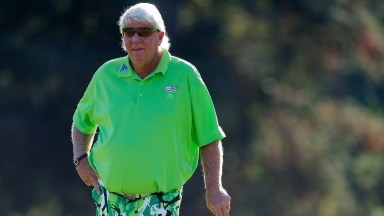