Couples remains near top of leaderboard 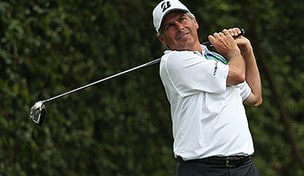 AUGUSTA, Ga. – Fred Couples said it last year when he was in the Masters hunt after 36 holes; he said it again this year.

“I would quit,” Couples said. “I’m going to quit when I win this thing, I swear to God. It’s probably not ever going to happen, but I’m going to retire.”

There were plenty of patrons at Augusta National on Friday who wish Couples had that decision to make late Sunday.

He followed an opening 68 with a second-round 71 that included five birdies, two bogeys and a double bogey. A birdie at the last hole moved Couples to 5 under for the tournament and one back of 36-hole leader Jason Day by day's end.

“I felt very good about what I shot,” Couples said. “I had a couple little hiccups out there and did some other good things to shoot my score.”