Grill Room: This Week in Golf 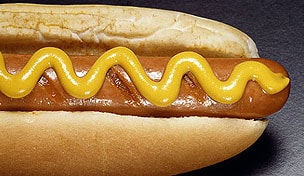 Join us for Grill Room's This Week in Golf, featuring Stat of the Week, Caption of the Week and Random Holiday of the Week.

Stats of the Week

As the PGA Tour hits the East Coast for the Florida swing, here are a couple of stats worthy of mention – and both supplied by early MVP candidate Brandt Snedeker:

4: Number of top-10 finishes by Snedeker (in just five starts), which leads the PGA Tour at this point.

$2,859,920: Money won thus far this season by Snedeker (he finished third on the 2012 money list behind Rory McIlroy and Tiger Woods).

This Week in Golf

Feb. 27, 1927: This week 86 years ago, golfers were arrested for the second consecutive week in South Carolina for teeing it up on a Sunday – a clear violation of the state’s Blue Laws. The laws, which were heavily influenced by the Ten Commandments, were strictly enforced by Governor John G. Richards.

After being arrested Feb. 20 for playing on the Sabbath, several heathens defiantly hit the links again the following Sunday and were promptly arrested once again. They didn't need no stinkin' rest.

Governor Richards’ authority over Sunday activities was eventually rescinded when a Columbia Record poll revealed area residents opposed his position of doing activities on the Sabbath by a substantial margin, and by the following year he had moved on to issues just a little bit more important than locking up hooligan golfers – like building public roads and schools.

March 1, 2013 is National Pig Day. In honor of the holiday, we take a look at some of the best on-course snacks of the pork variety:

2. Club sandwich: Is there anything that says 'a day in the good life' more than a club sandwich? Decked with turkey and ham, of course.

3. Bacon burger: It's not the healthiest option, but it's OK to indulge every once in awhile.

4. Ham-and-cheese sandwich: Fresh and hot out of the toaster, never a bogey of a call.

5. Chef salad: This might be the item you order after your round, when you can sit down and enjoy it sans interruptions.

Write Your Own Caption Golf Guy's caption: 'Which is worse – a snowman on your scorecard or an actual snowman on the course you are trying to play?'

Are you better than the Golf Guy? Prove it by leaving your own caption in the comment area below.