Rose hoping for another 'hot streak' 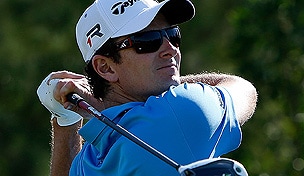 DORAL, Fla. – Justin Rose always has been streaky, for better or worse.

Until his success on the PGA Tour the past few years, he was mostly known as the person who tied for fourth at the 1998 British Open as a 17-year-old, then missed 21 consecutive cuts to begin his professional career.

Rose’s breakthrough summer came in 2010 when he won the Memorial and the AT&T National within a month. Sandwiched between was a ninth-place tie at the Travelers Championship, where Rose was in contention until a final-round 75.

Last year was similar. Rose tied for fifth place at the Honda Classic then won the WGC-Cadillac Championship here at Doral. After decent finishes in Tampa and Orlando, he tied for eighth place at The Masters.

“I would say typically … a month is a hot streak,” Rose said Tuesday. “Mentally, it’s important that sometimes when you head into a stretch like that, you ride it. The first week comes out of the blue and then you play well the second week and you feel comfortable and the third week begins to feel like it’s normal and then the fourth week you start to put expectation and pressure upon yourself that that’s what you should be going week-after-week.

“That’s how we stop playing well is by starting to expect it and putting pressure on ourselves to do it week in, week out.”

Rose tied for fourth place last week at the Honda Classic. Results this week will prove if he’s on another one of his hot streaks.