Bradley battles into TOC contention in Round 2 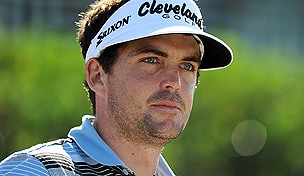 After opening the Hyundai Tournament of Champions with a 2-under 71 Monday morning, Bradley followed that up with a 4-under 69 in the afternoon.

'This afternoon I basically hit every green,' Bradley said. 'It was tough (playing 36) but I guess that's what you train for all offseason.'

When asked earlier in the week about being pulled off the course because of excessive winds, Bradley was one of the many players emphasizing they wanted their golf games to determine a TOC winner and not Mother Nature.