Donald to play in Malaysia in late March 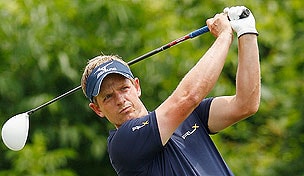 The co-sanctioned event between the Asian and European tours, which has a $2.5 million purse, will be held at Kuala Lumpur Golf and Country Club on March 21-24.

The Malaysian Open is played opposite the PGA Tour’s Arnold Palmer Invitational at Bay Hill, an event Donald hasn’t played since 2008. The world No. 2 has three missed cuts there in four career starts.

Rory McIlroy, Louis Oosthuizen, Martin Kaymer and Charl Schwartzel are among the players who have teed it up at this event in the past.