Mark Wilson and Bo Van Pelt have been elected as co-chairmen of the PGA Tour's Player Advisory Council for the 2013 season, the Tour announced Wednesday.

Consisting of 16 members, the PAC advises and consults with the Tour's Policy Board, along with commissioner Tim Finchem, on issues affecting the Tour.

A five-time winner on Tour, Wilson last won at the 2012 Humana Challenge while Van Pelt has one title to his credit, the 2009 U.S. Bank Championship. They will now also serve three-year terms as Player Directors on the Tour's Policy Board, succeeding Steve Stricker and Paul Goydos. Their terms will each run from 2014-2016, and they will join current Policy Board members Jim Furyk (2012-2014) and Harrison Frazar (2013-2015).

The Policy Board made headlines this week as it held a conference call Monday with Finchem to discuss the Tour's stance on a proposed ban on anchored putting strokes, with a formal response expected within the next few days. 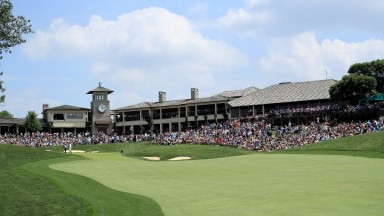