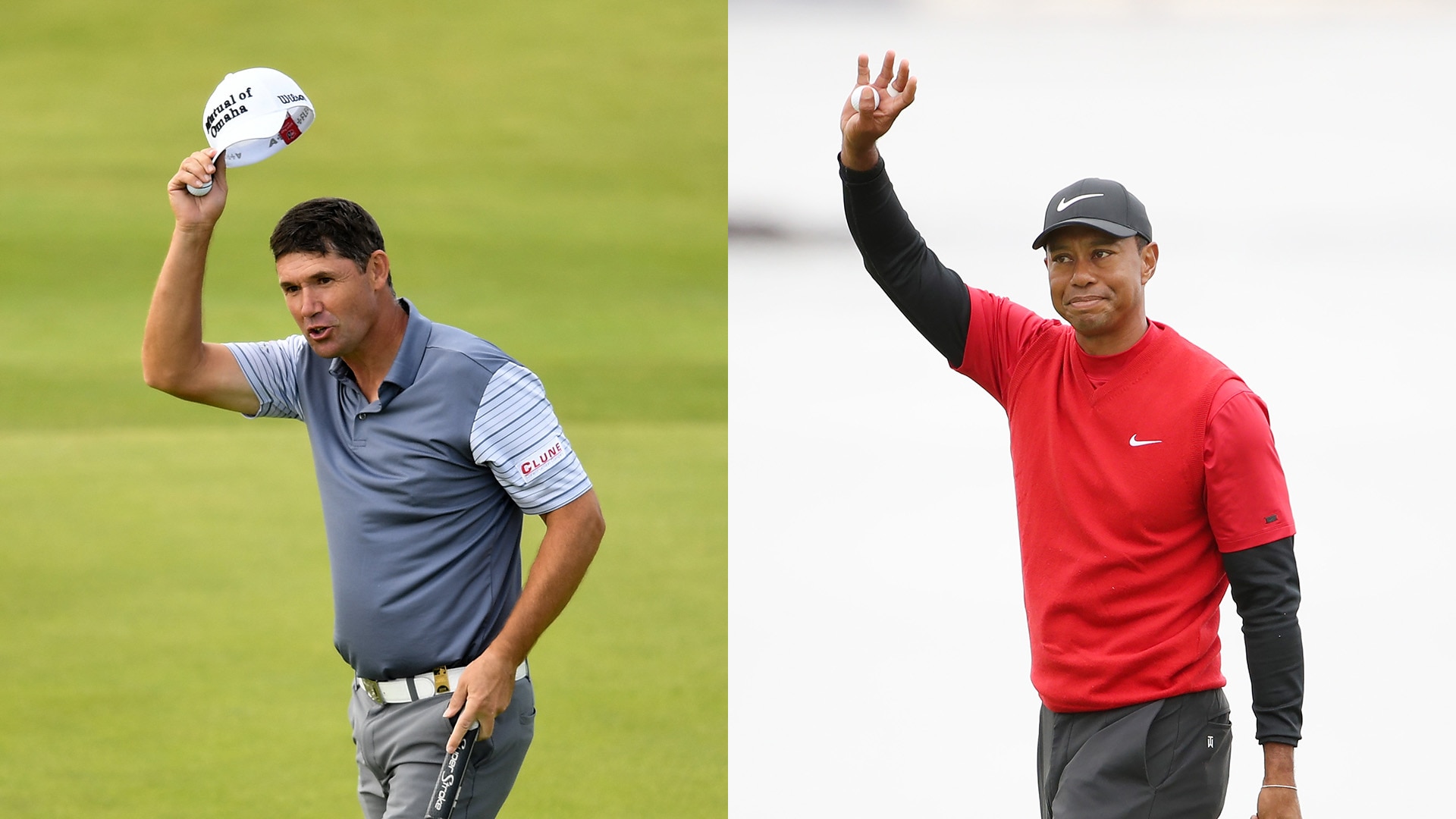 From Padraig Harrington calling out Tiger Woods to the R&A rejecting John Daly's cart request to Phil Mickelson hitting bombs on Twitter yet dropping shots on the course, here are the top quotes of the week:

""I personally think if you're serious about winning The Open you've got to be playing tournament golf at least before it. ... I was always mightily impressed when Tiger Woods would play in a major without playing the week before. I'd be a basket case if I didn't play the week before." – Padraig Harrington after questioning whether or not Woods and other players not playing before The Open were serious about winning at Royal Portrush

"Sitting here watching the US Women’s Soccer team thinking what a great game soccer is and how much I loved playing it as a kid. Except for the running. I never really cared for the running." – Social-media Phil continues to shine, especially after this congratulatory tweet to the USWNT

“That’s secret stuff, man. I’m not talking to you about that.” – Bryson DeChambeau would not reveal his top-secret putting tweaks

“You don't want to play golf anymore. It sounds so whiny because so many people would give anything to be playing on the PGA Tour, and I get that. It's a wonderful life and it's a wonderful career, but I was happy when I was with my wife and kids, I was happy when I was hanging out at the hotel and the house. The second I got to the golf course, I was pretty miserable. You just feel horrible out there and it's frustrating. You don't want to be playing bad golf and you certainly don't want to be playing bad golf in front of a bunch of people and cameras. It's just not fun.” – Sam Saunders on hitting "rock bottom" after the Travelers Championship

“You've got to remember, I'm a normal geezer from Finchley. Next thing, I see a poll over in America asking fans, ‘Who are you looking forward to seeing more?’ I was above Tiger Woods. I was thinking, 'What is going on?' To get your head around that is very tough, and then came the pressure I put on myself to perform." – Andrew "Beef" Johnston, who penned a blog for EuropeanTour.com about his recent mental-health issues 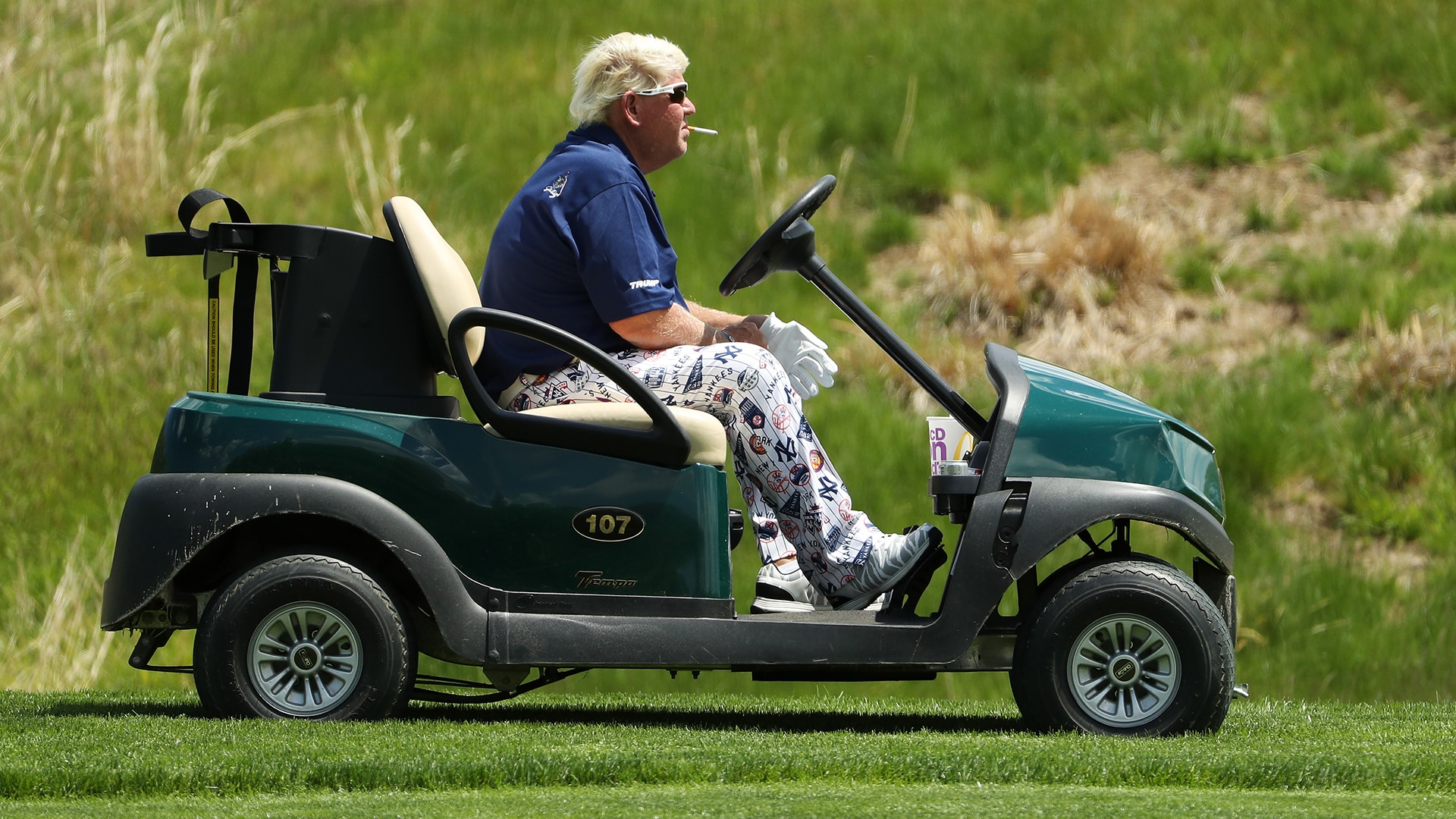 "We believe that walking the course is an integral part of the Championship and is central to the tradition of link golf which is synonymous with The Open. We must also ensure that, as far as possible, the challenge is the same for all players in the field." – The R&A on its decision to deny John Daly the use of a cart at The Open

"My plan is to give it a shot in 2 weeks at Portrush. Fingers crossed I can make it thru the pain." – Daly on Twitter in response to the R&A's decision

"Six and a Thomas Pieters right there." – Eddie Pepperell after winning the European Tour's 14-club challenge at Lahinch and snapping his putter shaft over his neck

"I don't care what anybody else is at, I'm worried about how I play. If I play consistently well over four days, I feel like I would be tough to beat. But you never know, you could run into a buzz saw. Some guy's going to play unbelievable and you just get flat-out beat, and sometimes that happens." – the Brooks-Koepka-trying-to-explain-his-non-major-performances tour continued at the 3M Open

"Oh, my goodness. You know, I had seven penalty strokes. You can't do that and compete." – Phil Mickelson after a drop-filled start in Minnesota

"I wasn't trying to degrade the PGA Tour in any way, my fellow professionals in any way. I don't cheat the game. I understand HGH (Human Growth Hormone), anything you are trying to do to cheat the game you should be suspended for 100 percent. Everything else should be a discussion." – Robert Garrigus after returning to the PGA Tour following his suspension for testing positive for THC