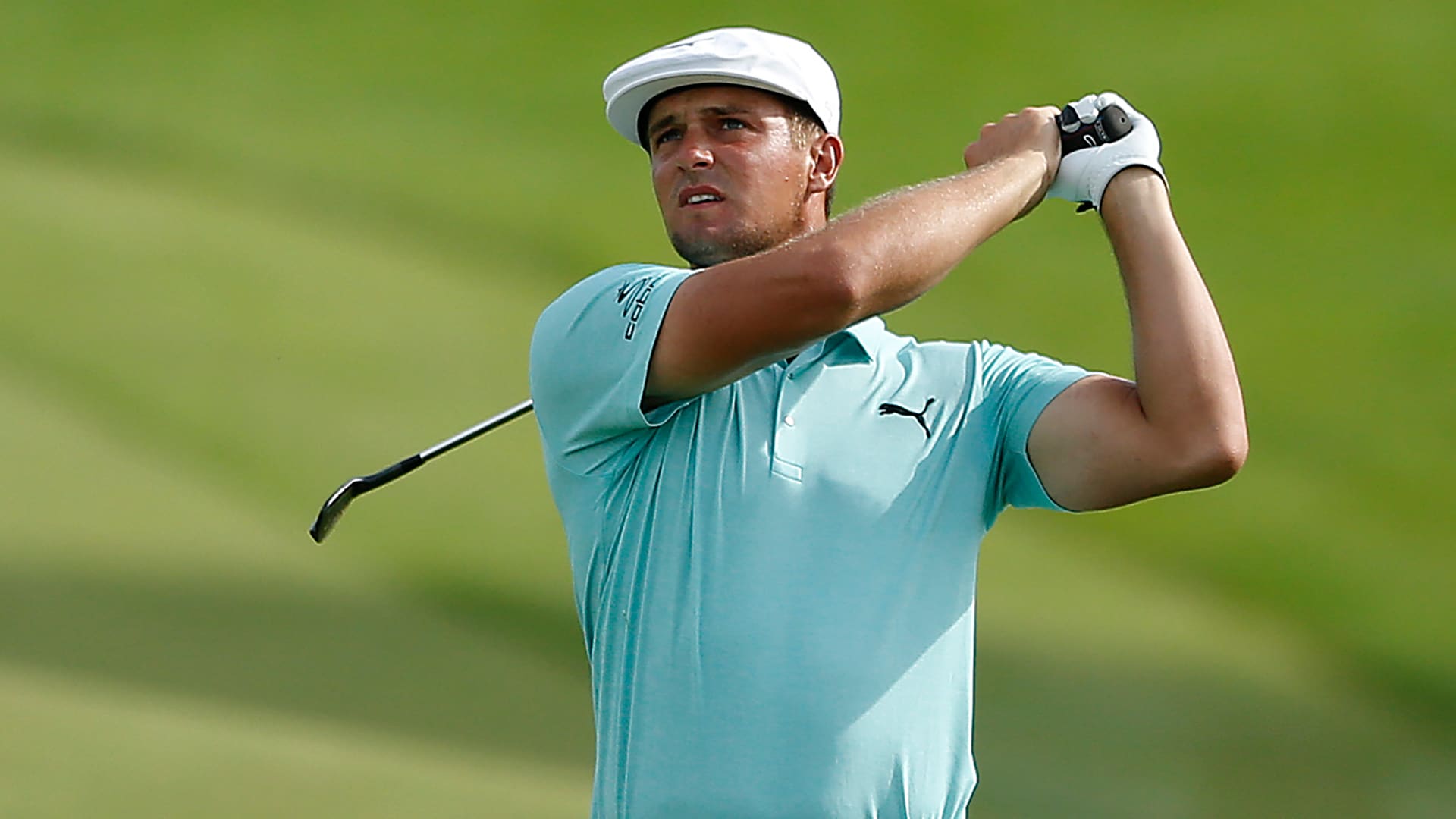 Bryson DeChambeau tied his career-low round on the PGA Tour on Friday at TPC Twin Cities, carding a 9-under 62 to take the lead at the inaugural 3M Open.

DeChambeau birdied three on the back nine (his outward nine), and then six of the first eight holes on the front in his second round to get to 14 under. He missed just one green in regulation and holed more than 137 feet of putts. Through two rounds, DeChambeau has struck just 51 putts.

But after his round Friday, DeChambeau was tight-lipped on the reasons for his stellar play.


Full-field scores from the 3M Open

DeChambeau did hint that a tweak off the tee has opened the door for the other parts of his game to excel.

The performance continues a recent stretch for DeChambeau that includes six under-par rounds in his last seven. It also seems to end a rough patch that included three missed cuts and a best finish of T-20 in 10 starts prior to a T-8 two weeks ago at the Travelers Championship.

“Definitely been through a lot of practice trial and error and a lot of struggle, too,” DeChambeau said. “People don't realize that, you know, I won a lot last year and obviously struggled a little bit, but they don't realize that that struggle is what's always going to make me better.”