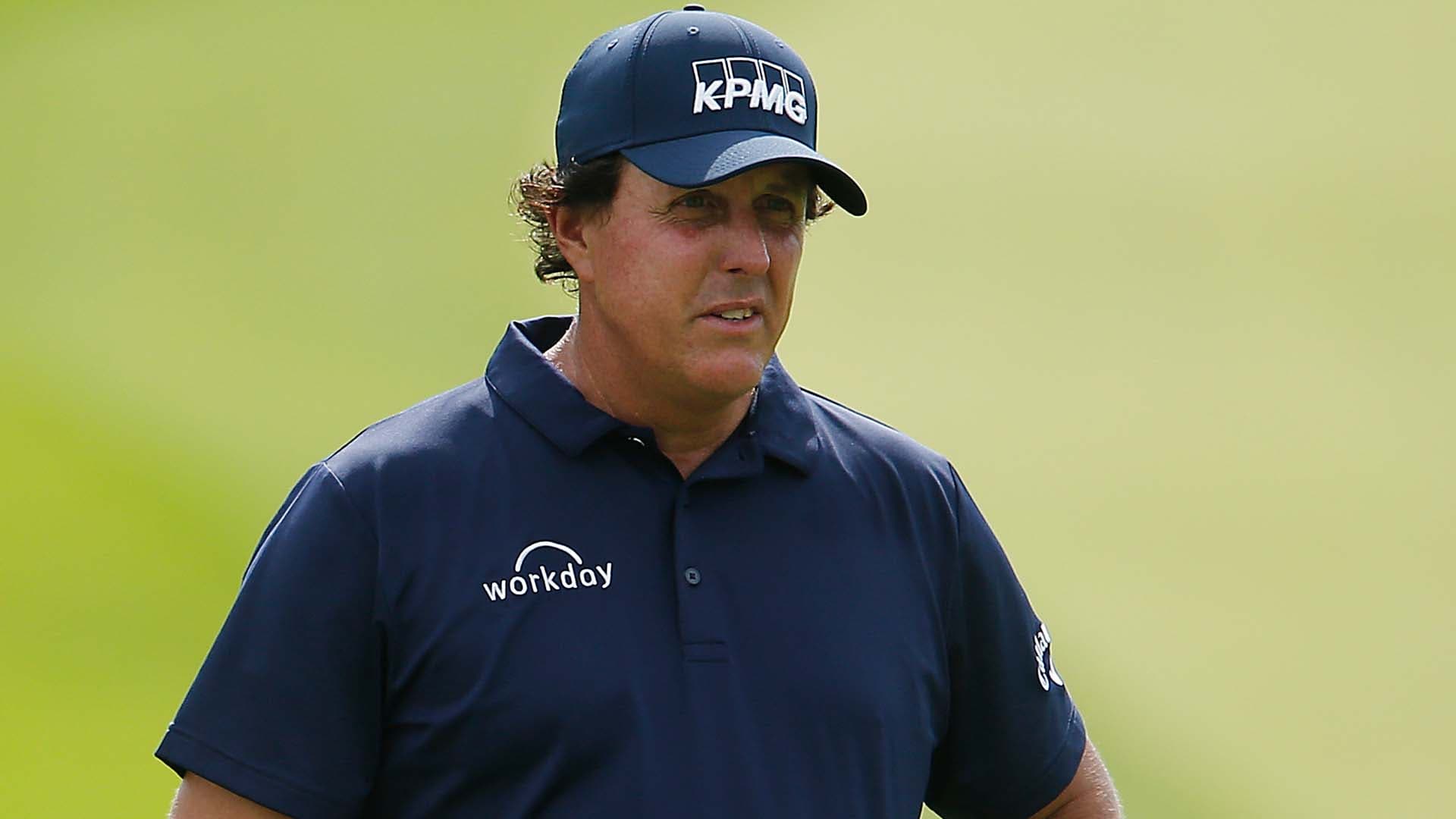 Phil Mickelson spent a bit too much time working on his knee-high drops during the opening round of the 3M Open.

Mickelson counted up seven penalty strokes in speaking with reporters after a 3-over 74 in the opening round, a score that left him near the bottom of the pack during the inaugural event in Minnesota.

"Oh, my goodness. You know, I had seven penalty strokes. You can't do that and compete," Mickelson said. "It's frustrating because I felt like I was playing well, making some good swings. I made some terrible ones."

Mickelson started on the back nine, and his issues reached a head at the par-5 18th hole. The southpaw pulled his tee shot into the water, then rinsed another when his approach shot also found the water short of the green. It led to a triple bogey 8, and he made just one birdie the rest of the day.

The disappointing score continues a recent trend for Mickelson, who missed the cut two weeks ago at the Travelers Championship. While he won the AT&T Pebble Beach Pro-Am in February, the 49-year-old hasn't cracked the top 10 since while missing five of 11 cuts. He'll likely need to rebound in a big way to avoid another early exit in what's expected to be his final start before The Open at Royal Portrush.

"I've got to shoot something in the mid-60s just to be here for the weekend," Mickelson said. "I thought coming in I was swinging well, but today tells me I'm not quite there. Needs a little work obviously."