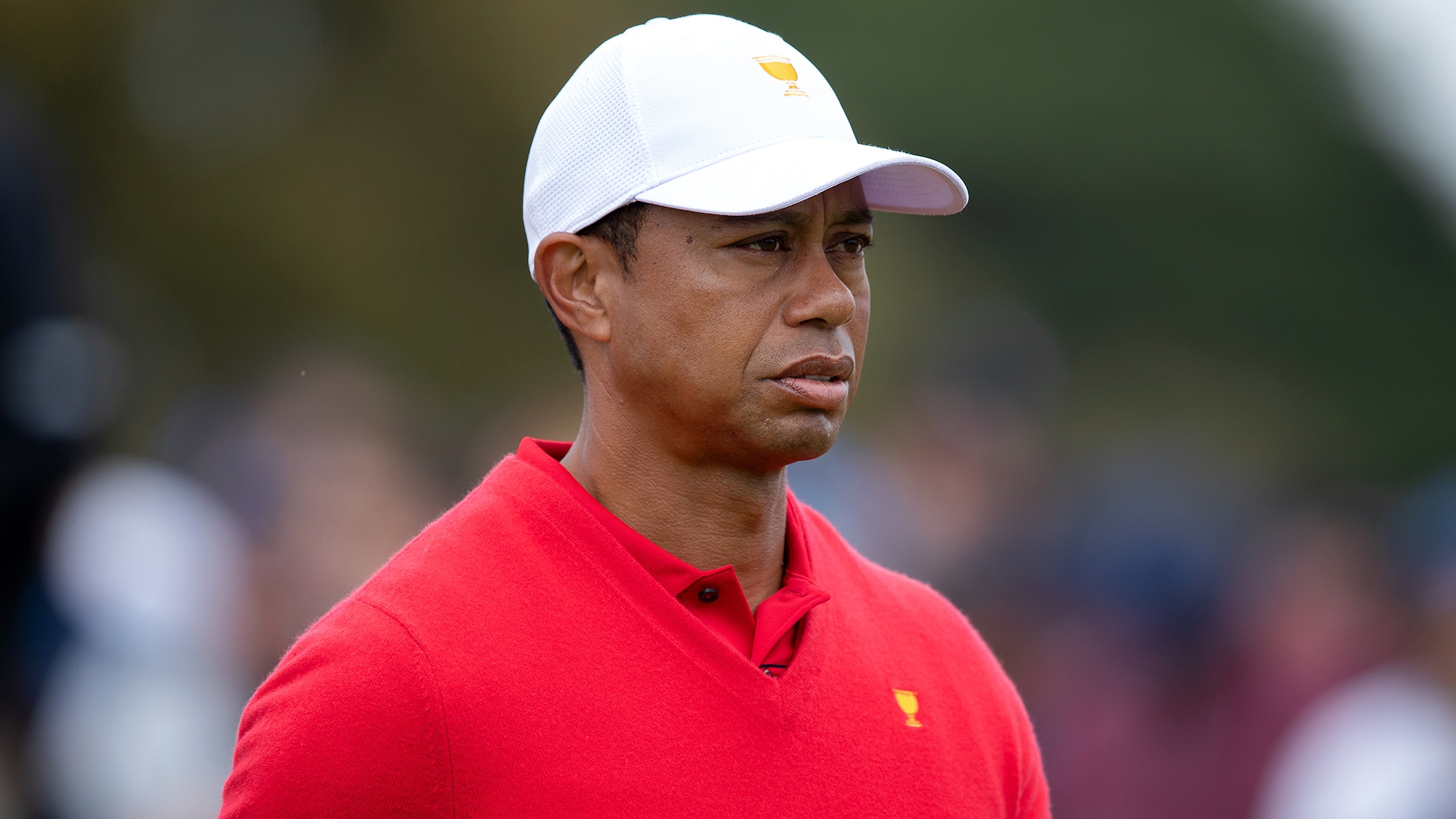 He reached back to conjure the ruthless, iron-hearted glare of his conquering youth.

You could almost feel it radiating through your television set when Tiger Woods stared into the camera while being introduced before his singles match on the first tee Sunday in Australia at the Presidents Cup.

You weren’t sure whether to chuckle at the menace he was so intentionally transmitting . . . or dive for cover behind your couch.

This was the look Woods wore in his prime when he wasn’t just routing foes, but crippling them, too. OK, not physically, but psychologically, emotionally and spiritually.

This was the scowl that made so many of us wonder if Tiger’s playing competitors should counter his Sunday power-red ensemble by playing fashion defense. You wondered if they should don flak jackets and Adult Depends underwear.

What Woods resurrected Sunday was the real fun in this Presidents Cup.

And what he continues to reinvent in this last chapter of his career is the real intrigue in what still lies ahead.

We saw the iron-hearted warrior melt in the emotional aftermath of the American victory. Ultimately, we listened to players reveal that Woods shared enough of himself to inspire them all as his adopted children for the week.

“My boys all played well,” Woods said through moistened eyes. “We did it together.”

This wasn’t just a transformative Presidents Cup for Tiger Woods. It may have been a transformative week for American players, who will soon turn their focus to trying to beat the icon they watched more fully regenerate in Australia.

Perhaps, for the first time, the youngest Americans were truly witnesses to all the formidable reserves their playing captain possesses.

That’s what this Presidents Cup gave them.

Going forward, is that a good thing, in what may have rubbed off on them? Or a bad thing, in these players really understanding the nature of what is still there to be imposed upon them all? 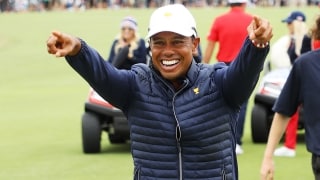 Just as he's done as a player, Tiger succeeds as captain

Tiger Woods has long been brilliant inside the ropes. But how would he fare as a team leader? That question was answered resoundingly at the Presidents Cup.

The week gave us vintage Tiger, in new packaging.

He was old and new, all at once.

Tiger may have rediscovered the ability to win at the Tour Championship, the Masters and the Zozo Championship over the last 14 months, but he needed the Presidents Cup to re-establish something we weren’t sure we would ever see again.

He reintroduced an aura that should probably be registered as a weapon when he passes through customs upon re-entering the United States.

He reminded us how nobody can demoralize a foe with more artful flair.

While Woods didn’t destroy Abraham Ancer the way he did Stephen Ames in that 9-and-8 trouncing at the WGC-Match Play Championship in 2006, he did appear to take extra delight draining the hope from his young opponent at every important turn.

Woods was his vintage self in the way he surgically dissected Royal Melbourne with his iron play and in the way he made every single nerve-racking putt.

And in the end, he couldn’t resist adding an exclamation point that was as artful as it was merciless.

With his last birdie putt still on its way to the hole, Woods began taking off his hat and walking toward Ancer. He reached out to shake Ancer’s hand with his ball disappearing into the hole to secure a 3-and-2 victory.

“I might have gone to the hat a little early, but it was over,” Woods said.

And later, Woods reminded us all that even Ancer’s innocent desire to publicly challenge him couldn’t go unpunished in some way.

If you didn’t see Woods rubbing off on Justin Thomas in their pairings together, you saw it in the celebration afterward.

“You remember that time we blew a 5-up lead? Yeah, neither do we,” Thomas wrote in an Instagram post hoisting the cup with Rickie Fowler.

You could call that artfully merciless.

All of this made the Presidents Cup as enthralling as we hoped it would be.

From afar, Tiger was the Tiger of old. In the media center, his guard was still up. His most inner-thoughts remained hidden behind tightly controlled messaging. For his team, there was strength in being part of this Tiger mode.

Publicly, he led more by attitude, body language and confidence than by words.

Privately, he inspired his players, trusting them enough to get out of their way when he needed them to rally while he sat out Saturday.

There was something emboldening to his team in all of that, probably even in his stubbornly throwing out Patrick Reed when Reed was stinking up the event, in trusting Reed until Reed wasn’t stinking it up in an important singles romp.

We saw a different Tiger in the aftermath. We saw his heartfelt hugs with his players, and we saw his uncharacteristic giddiness posing with groups of American fans wanting selfies with him. We saw a guy fully invested in something larger than himself.

“Any time you have moments where you’re able to do something that is bigger than us, as an individual, it’s so much more meaningful and so much more special,” he said.

The week could have so easily blown up, ending with Woods being seriously second-guessed, especially with Reed’s troubles growing worse amid the heckling Aussie galleries. Early on, Woods looked like a player trying to overcome his captaincy, with the Internationals charging so far ahead.

In the end, Woods wiped away the mistakes, the way he always has, with his stubborn determination.

Woods shared his powers with his adopted sons, and that makes what will happen next all the more interesting. 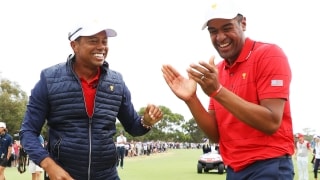 Inspired by Woods, Finau and the U.S. fought back

“We are very inspired to play for Tiger, and it’s so satisfying to win this cup because of that,” Tony Finau said after rallying back from a 4-down deficit.

Did too much of Tiger’s mojo rub off on his team?

Will he be able to aim that ruthless, iron-hearted glare as effectively at these American players in next year’s majors? Can he turn that edge on and off the way he did to Tony Finau at this year’s Masters, when Finau felt Woods’ competitive frost turning up on the back nine at Augusta National?

“We were so inspired to play for Tiger, and it’s so satisfying to win this because of that,” Finau said Sunday.

And how much more equipped will these Americans be to beat Tiger now? How comfortable will they be having gained from a better, if still not complete, glimpse of what makes Woods the champion he is?

Those questions are more gifts to the rest of us than they are real questions.